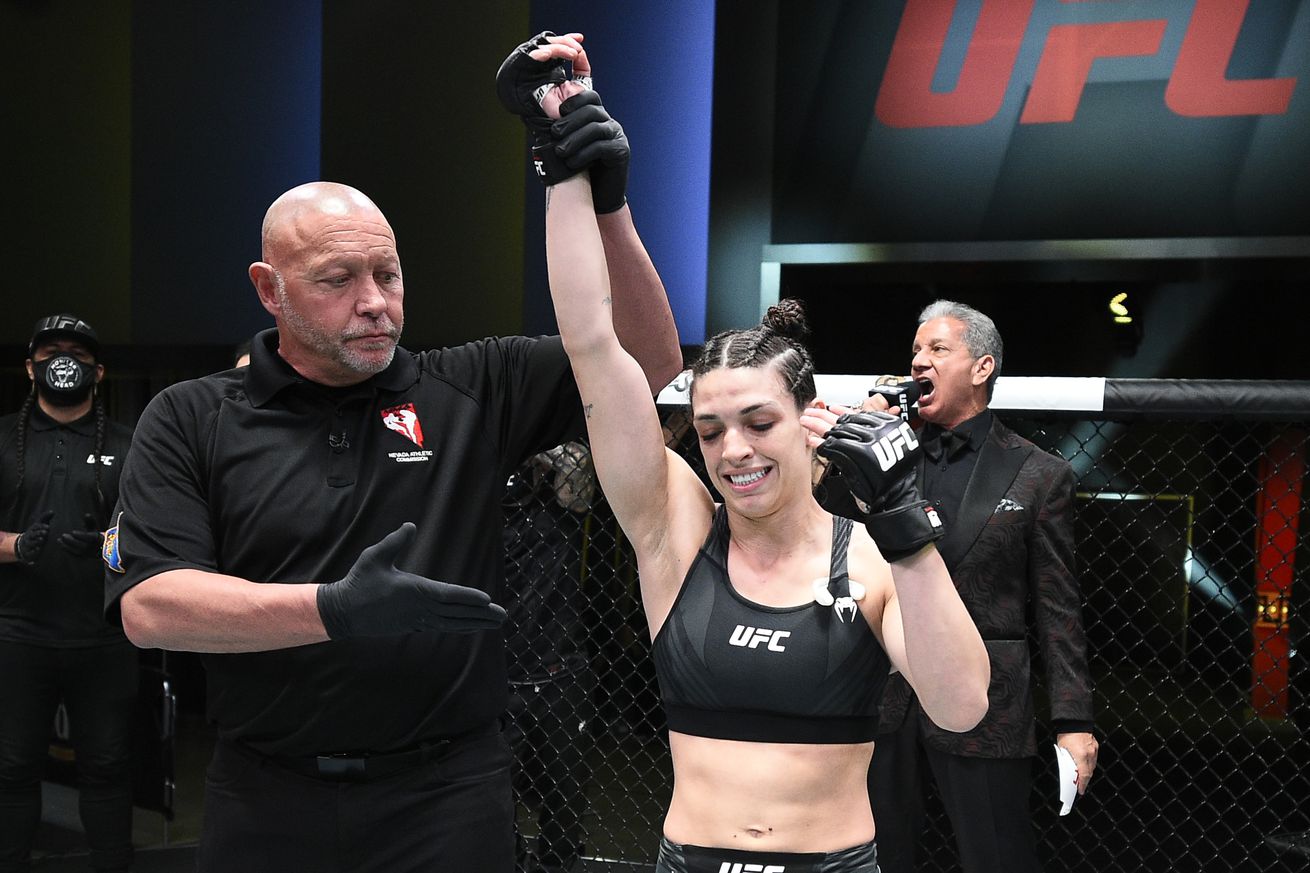 Get the Full StoryMackenzie Dern reacts after her victory over Nina Nunes in a strawweight fight during the UFC Fight Night event at UFC APEX on April 10, 2021 in Las Vegas, Nevada. Photo by Chris Unger Zuffa LLC

This will be Dern s first ever UFC main event. It ll be a battle of strawweight contenders headlining the UFC s October 9th Fight Night event.

ESPN s Brett Okamoto reported that #5 ranked Marina Rodriguez and #6 Mackenzie Dern will compete in a five-rounder at a location TBD. It s expected that the remaining Fight Night shows of 2021 will be at the UFC APEX in Las Vegas.

Dern 11-1 is on a four-fight winning streak, most recently submitting Nina Nunes by armbar in April. The decorated jiu-jitsu star has also tapped out Randa Markos, Hannah Cifers, and Amanda Cooper in her UFC career. Only Amanda Ribas has bested Dern in her MMA career, and she s looked terrific since that lone defeat.

Rodriguez 14-1-2 is coming off a decision win Michelle Waterson in a five-round main event in May. She took the fight on short notice and competed up at flyweight, but it was effectively relevant to strawweight and neither her nor Waterson had to cut as much weight. Her only loss came by decision against Carla Esparza, and in January of this year she knocked Ribas out at UFC 257.

This will be Dern s first UFC main event to date, whereas Rodriguez will be in her second straight.