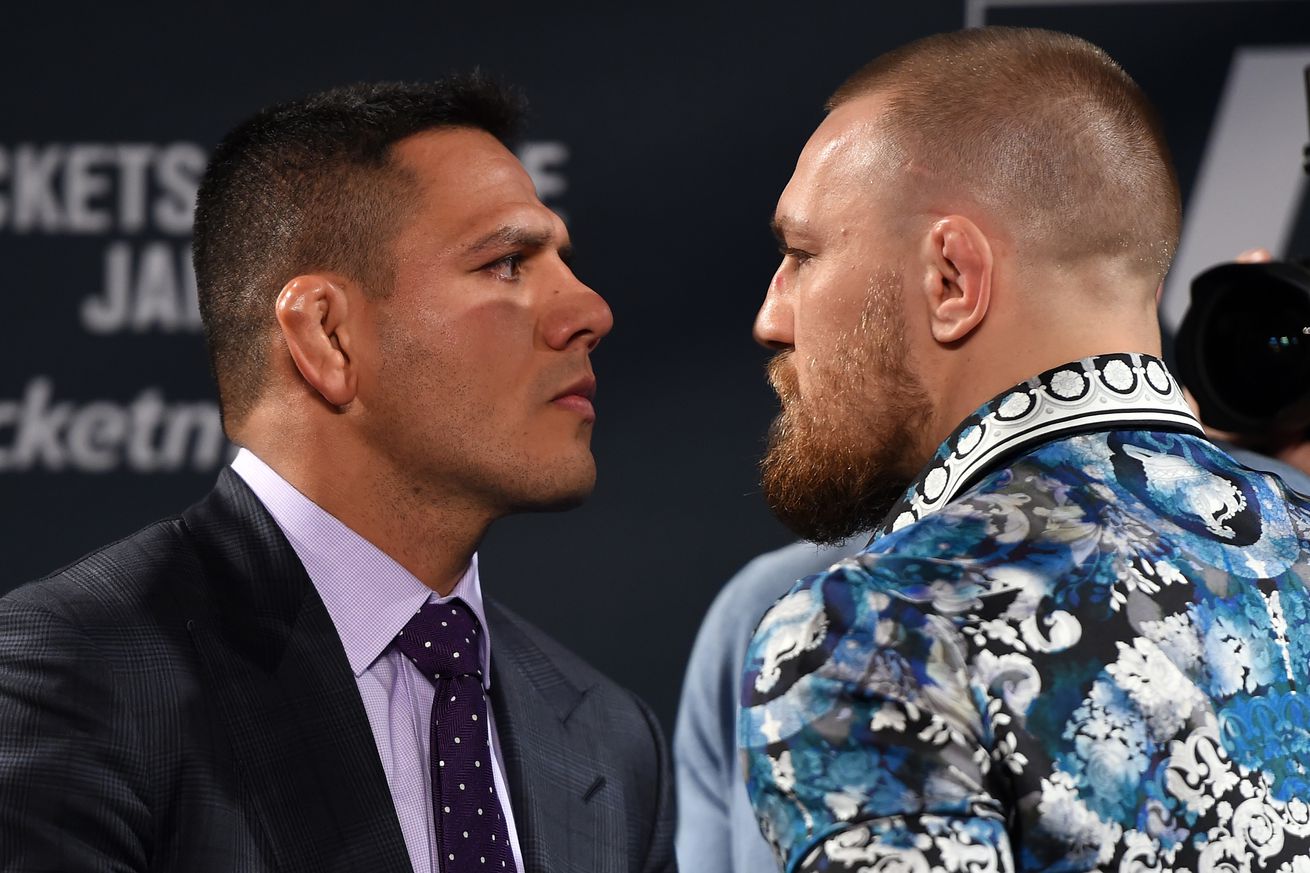 Get the Full StoryRafael dos Anjos and Conor McGregor facing off after their pre-fight press conference for UFC 197. Photo by Jeff Bottari Zuffa LLC Zuffa LLC via Getty Images

From the Paul brothers to former UFC champion and rival Khabib Nurmagomedov, the criticism and ridicule of McGregor has not subsided yet. And now, another former UFC champion has jumped into the fray to offer his thoughts on the man he nearly met in the Octagon five years ago.

Rafael dos Anjos was a very close observer of the fight between McGregor and Poirier. He was brought into Las Vegas to serve as the backup fighter in the event anything happened to either of those men before fight night. Obviously nothing happened and Dos Anjos would instead be a spectator, so he like many others got to witness first-hand the gruesome injury McGregor suffered at the end of the opening round.

McGregor broke his lower tibia after stepping back awkwardly during an exchange with Poirier. Something was clearly wrong after McGregor grimaced upon hitting the canvas and the cageside physician confirmed as much once he deemed the former two-time champion unfit to continue. A lot of people viewed this as an unfortunate situation considering no one wants to see a fight end in a catastrophic injury, but Dos Anjos was not one of those people. He saw this as a form of karma, especially after the way McGregor mocked him for pulling out of their much anticipated fight at UFC 196 with a broken foot.

When I BROKE my foot before our fight this guy made fun of my injury...and continued to do so for years. Taste your own medicine and humble up. https: t.co wRuBPlrzkt Rafael dos Anjos RdosAnjosMMA July 11, 2021

Dos Anjos took to social media to post a picture of McGregor and his leg being stabilized in the Octagon with the caption bruised foot , a line that McGregor said in response to Dos Anjos when he withdrew from their fight. He followed that up with another comment for McGregor, who he told to humble up after suffering his second straight technical knockout loss to Poirier.

Dos Anjos has been adamant about getting a fight with McGregor rebooked, so it is not surprising to see this kind of response from him. In fact, the duo almost clashed after the completion of the official weigh-ins on Friday, which was captured on camera and can be seen on the sixth episode of UFC 264 embedded.

Dos Anjos recently returned to the lightweight division and earned a split decision win over Paul Felder. He was initially looking to get a fight with Islam Makhachev rescheduled, but it appears as though his focus has now shifted to McGregor. The Irishman is expected to undergo surgery for his broken lower tibia and will be out for an extended period of time, so Dos Anjos may have to wait a while for that fight to possibly happen.