Moutinho thinks O Malley fight was stopped too soon : Let me go out on my shield 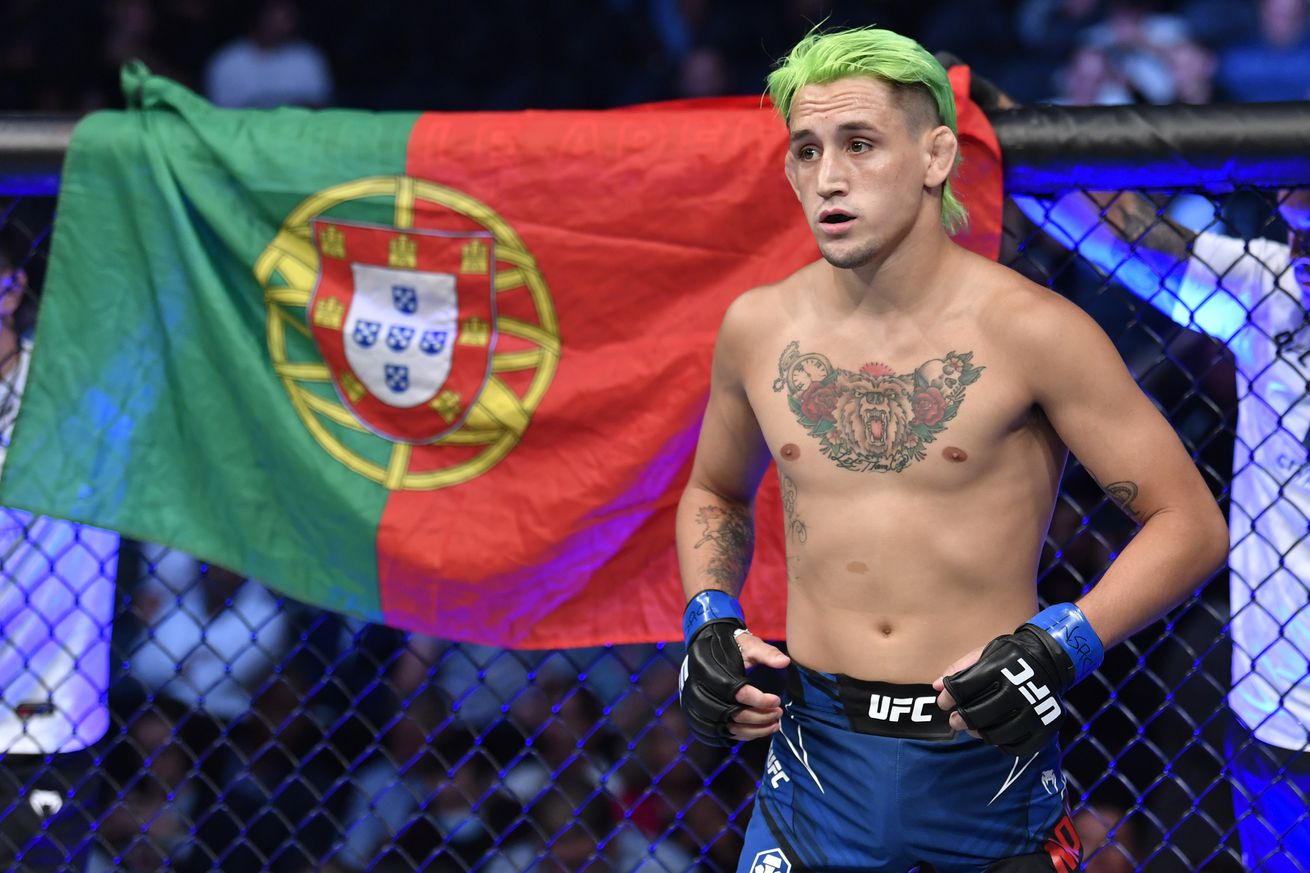 Get the Full StoryKris Moutinho prepares to kick off the UFC 264 main card in a bantamweight bout against Sean O Malley at T-Mobile Arena in Las Vegas, Nevada on July 10, 2021. Photo by Jeff Bottari Zuffa LLC

I was still standing, I was still throwing punches, so yeah I m a little upset . Kris Moutinho feels his UFC debut against Sean O Malley was stopped prematurely, with The Green Zombie disputing Herb Dean s stoppage in the third round.

Moutinho took a thorough beating throughout the contest but, with just 27 seconds left on the clock, the UFC newcomer felt he could have closed out the round swinging, with his reputation still intact.

I definitely think it was stopped too soon, but I m not going to sit here and bash Herb Dean because he seems like a great guy and a great referee, Moutinho told MMA Junkie Radio following the fight. I ve seen him make a lot of great calls, sometimes you make bad ones. I ve seen guys who look like they re going to die in that cage and not get stopped. You can watch the Rory MacDonald fight with Robbie Lawler where he went four and a half rounds with his face smashed and a bloody mess and they didn t stop that fight.

There was 30 seconds left, let me go out on my shield. I was still standing, I was still throwing punches, so yeah I m a little upset.

If it would ve gone to decision, I still would ve lost the fight, so it doesn t really matter. A loss is a loss. I m a very competitive person, everyone is talking to me like, It was 10 days notice, don t be upset about the loss, but I m always upset about the loss. I m a man and I got pride. It hurts to lose, I wanted his head on my wall. But I ll go back, get better and the next guy is going to have to pay for it.

Moutinho brought the fight to O Malley from the opening bell and feels his unrelenting pressure was definetely taking a toll on his opponent s cardio. The 28-year-old would obviously like a rematch with O Malley but understands why Sugar would be reluctant to accept that fight.

I asked him the fight at one point, You re tired, and he was like, Yeah, Moutinho said. I know I got to the dude, I know he s going to remember me for the rest of his life.

He s never going to want to fight me again and if he does, there s a lot of different things I m going to do in that fight if I ever fight him again. The leg kicks were working, I was landing a lot of leg kicks. I just should ve kept going with them. My hands, I should ve set them up with feints. There s a lot of stuff me and my coaches will be working on and we ll get better from this. It could be at 135 pounds , it could be at 125, we re just going to get better and keep going.