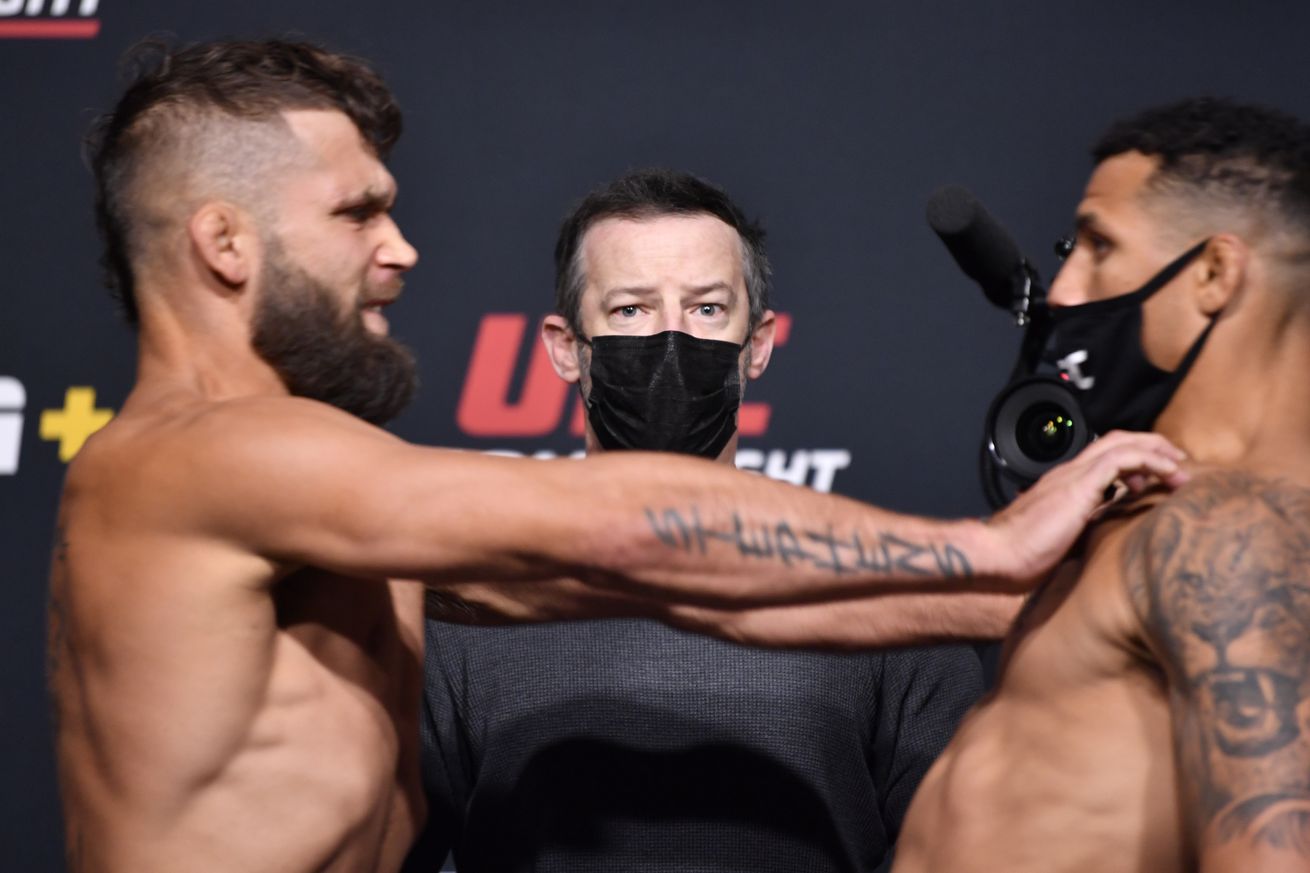 As Drakkar Klose continues his recovery from a cervical sprain and concussion, resulting from Jeremy Stephens shove at the UFC Vegas 24 weigh-ins, the Lil Heathen sounds dismissive of the idea of re-booking their once-planned bout. If anyone needed a sign that Jeremy Stephens wasn t feeling any contrition for the weigh-ins shove that left Drakkar Klose with a neck sprain and concussion symptoms - causing the cancellation of their UFC Fight Night: Gastelum vs. Whittaker booking - look no further than this week s presser, where Lil Heathen sat down to talk with MMA media about his upcoming bout against Mateusz Gamrot.

Along with fielding questions about his new fight booking, Stephens was also asked about his altercation with Klose and whether he felt that the resulting bad blood between them might make for a more heavily anticipated fight in the future. But, to hear Stephens side of it, he has no interest in taking on the Fight Ready talent anytime in the near future.

Change the channel, Stephens quipped in response to the idea that some fans may have found his behavior to be out of line.

Nah, nah. I ll never take that fight ever, ever, he added, when asked about re-booking the bout. Klose had a great opportunity in the co-main event. He never would have had a co-main event if it wasn t for me, let s be honest. And the way he went about things? I have zero tolerance for that type of behavior. You know, if he wins and works his way up? For sure. But, honestly, I don t want that fight. To me, I was just gonna knock his ass out and move on.

It s something of a strange reaction to the whole situation, considering that it was apparently the UFC s own medical team that decided Klose should be taken to the hospital after it became apparent that he was suffering concussion-like symptoms. Back in April Klose talked about his own anger at the situation

According to Dana White, that s a savage move he did, Klose said in an interview with the What the Heck podcast. I had seen some interview and he was talking like, Jeremy s a savage no, that s a b-tch move. I believe I should ve gotten paid both win and show money , I came, I was being professional and I did everything possible. He f ked it up, not me.

But I was pissed off, man. That was a big opportunity to go in there and beat him up in a co-main event. And for people to think that I really wasn t injured, that pisses me off. I kind of want to get street justice on him. If I see him, I swear, I m gonna get him.

Stephens vs. Gamrot takes place this Saturday, July 17th, at the Apex facility in Las Vegas, NV. The card is scheduled to be headlined by a lightweight bout between Islam Makhachev and Thiago Moises. Stay tuned to Bloody Elbow for more news and notes as fight night approaches.