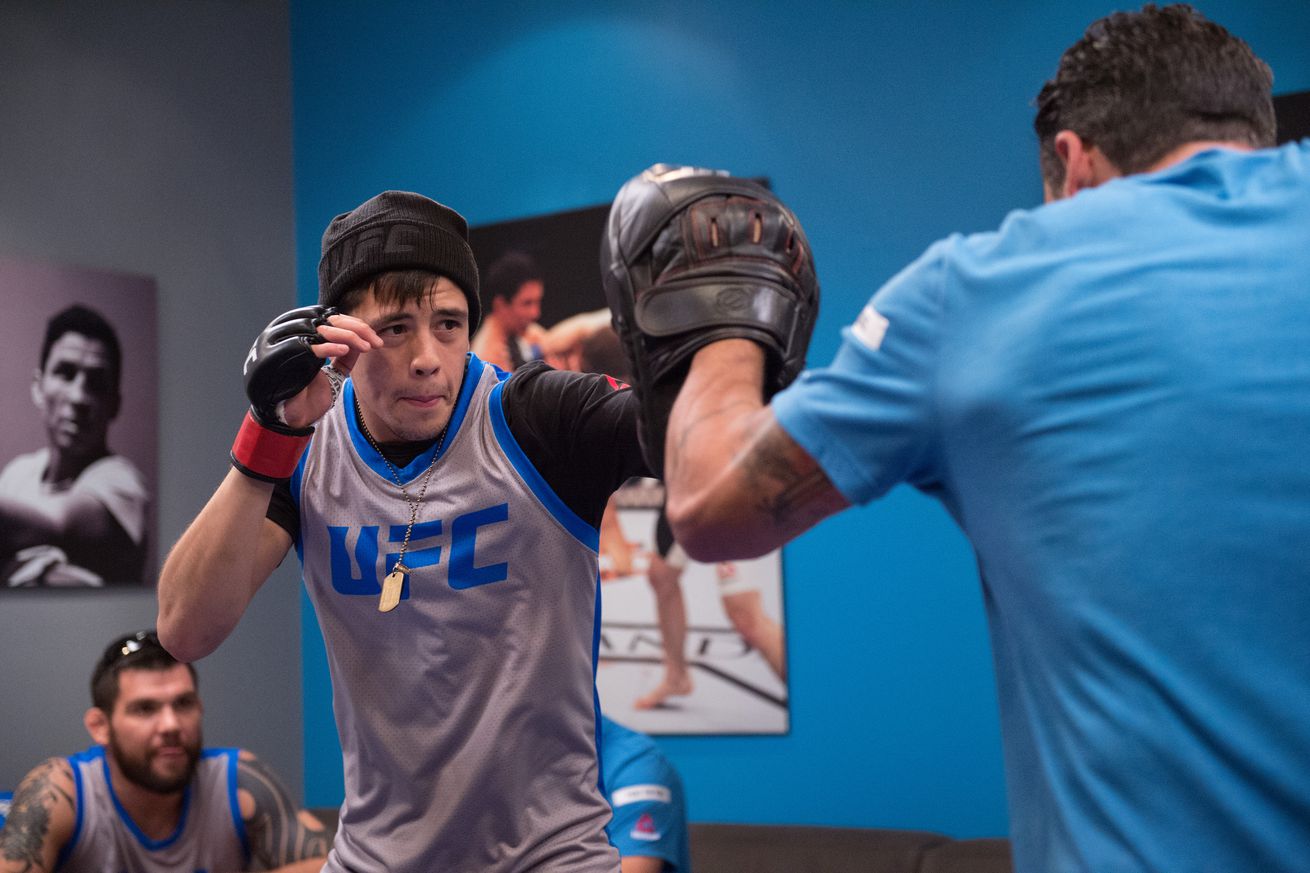 Get the Full StoryBrandon Moreno warms up backstage at the UFC TUF Gym ahead of his fight against Alexandre Pantoja on July 13, 2016 in Las Vegas, Nevada. Photo by Brandon Magnus Zuffa LLC Zuffa LLC via Getty Images

Check out the footage below, courtesy of Fight Hype.

Moreno said it was an honor to train with a fellow Mexican world champion and work with a true master of the sweet science.

An honor to meet Canelo and his team today, Moreno posted on Instagram. For me, it is a pleasure to meet people that I really admire inside and outside of sport, thanks for the advice.

Moreno, who beat Figueiredo via rear-naked choke to become the UFC s first native-born Mexican champion, revealed last month that his ultimate goal is to become MMA s version of Julio Cesar Chavez, a legendary Mexican boxer who is considered one of the greatest pound-for-pound boxers of all time.

I think first you have to contextualize what Julio Cesar Chavez means for my country, for Mexico. I know that he s world-renowned and that everyone in the boxing world knows who Julio Cesar Chavez is, Moreno told MMA Junkie in June.

He s a legend, and you reach legend status when people, regardless if they like boxing or not, know your name people know Julio Cesar Chavez. In Mexico, times that by the maximum, and to have someone like that have very nice words for you and recognize your name, it s very special. I ve said it before, I want to be the Julio Cesar Chavez of MMA. I want to be that point of reference, when people hear my name they say, That guy is a legend in MMA; he revolutionized. Right now I want to evolve MMA in my country, and I hope to accomplish that.

Moreno stormed into the top-fifteen UFC men s pound-for-pound rankings following his win over Figueiredo, landing a position at #11.