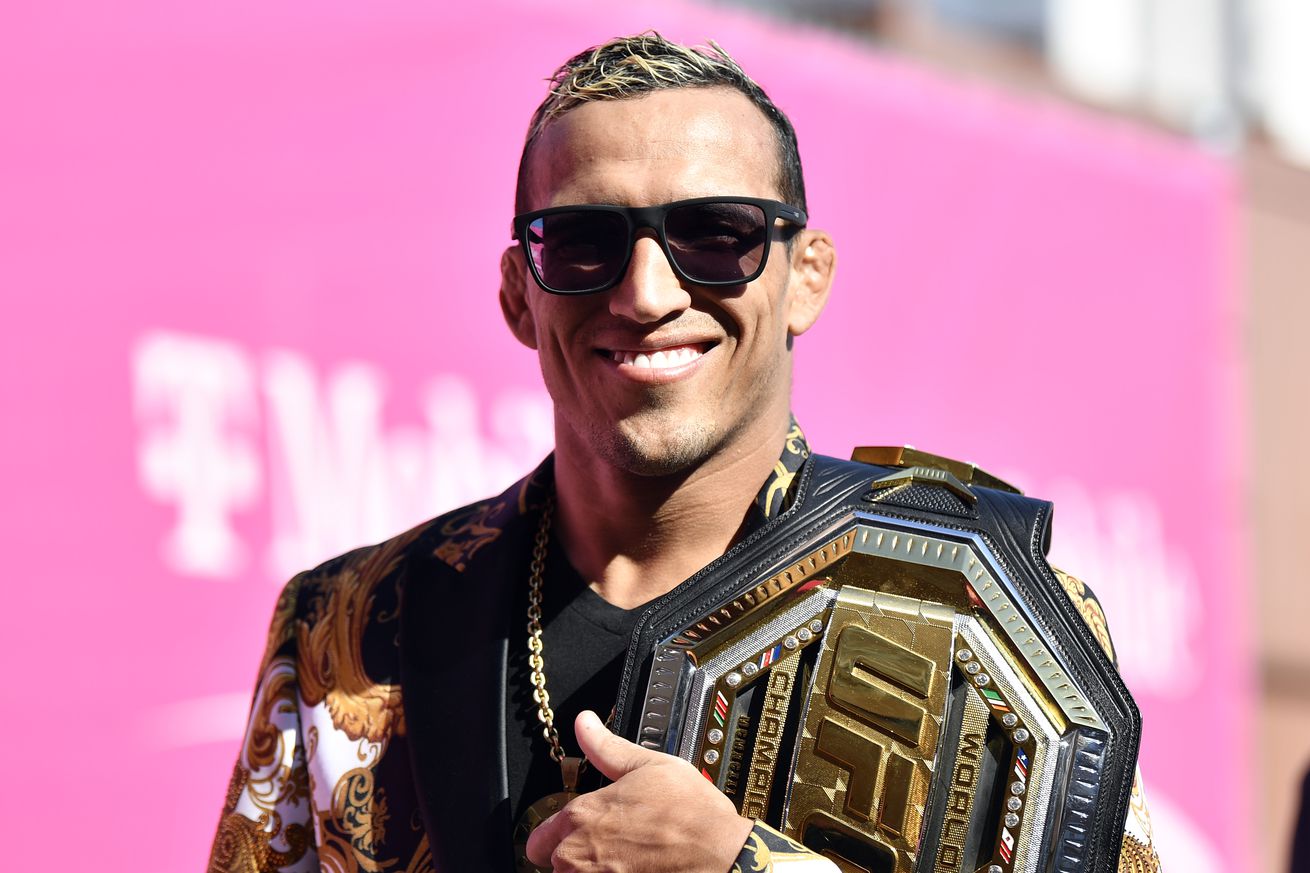 Get the Full StoryCharles Oliveira poses with the lightweight title at T-Mobile Arena in Las Vegas, Nevada ahead of the UFC 264 pay-per-view. Photo by Chris Unger Zuffa LLC

Working with my hands, with my strikes, I would definitely cause a lot of damage and then submit him. Charles Oliveira expects a war against Dustin Poirier, but Do Bronx believes he has the tools to cause a lot of damage on the feet before submitting The Diamond on the ground with his highly touted Brazilian Jiu Jitsu.

Oliveira isn t sure where Poirier s motivation lies following his first-round stoppage of Conor McGregor at UFC 264, but the Brazilian believes he should be Dustin s priority over a possible money fight against Nate Diaz.

I believe Dustin fought Conor because he knew he would be making a lot of money, Oliveira, who was sat cageside for UFC 264, told MMA Fighting in a recent interview. He passed on the belt to fight for money but knew that he would be next in line with a win. I don t know what his plans are.

I think that a fight with Nate would also give him a lot of money, but I don t know what s the logic behind that, he added. Every person thinks one way. I believe the right fight to make is Charles Oliveira-Dustin Poirier, but I m not worried about it. I m the champion. They are the ones that must run after me and the belt, not the other way around.

With one of the most well-rounded skill sets in mixed martial arts and the most submission wins in UFC history, Oliveira predicts a stoppage victory against a very game and dangerous Poirier on fight night.

I believe the firepower in my hands, but I think in a fight against Dustin, I believe I can submit him, Oliveira, who beat Michael Chandler to win the lightweight title at UFC 262, said. Working with my hands, with my strikes, I would definitely cause a lot of damage and then submit him.

Poirier or no Poirier, Oliveira will be defending his lightweight title in December and he isn t concerned about what his next opponent might bring to the table.

He deserves all the respect in the world for everything he s done, but I m not worried about what people bring to the table against me, Oliveira said of Poirier. I worry about what I m going to add to my game. I have firepower in both hands, everybody sees how much I ve evolved on the feet, and I have my jiu-jitsu.

Oliveira is the current lightweight champion, but is ranked below Poirier in the UFC pound-for-pound rankings. Poirier is #6, while Oliveira is ranked #10.