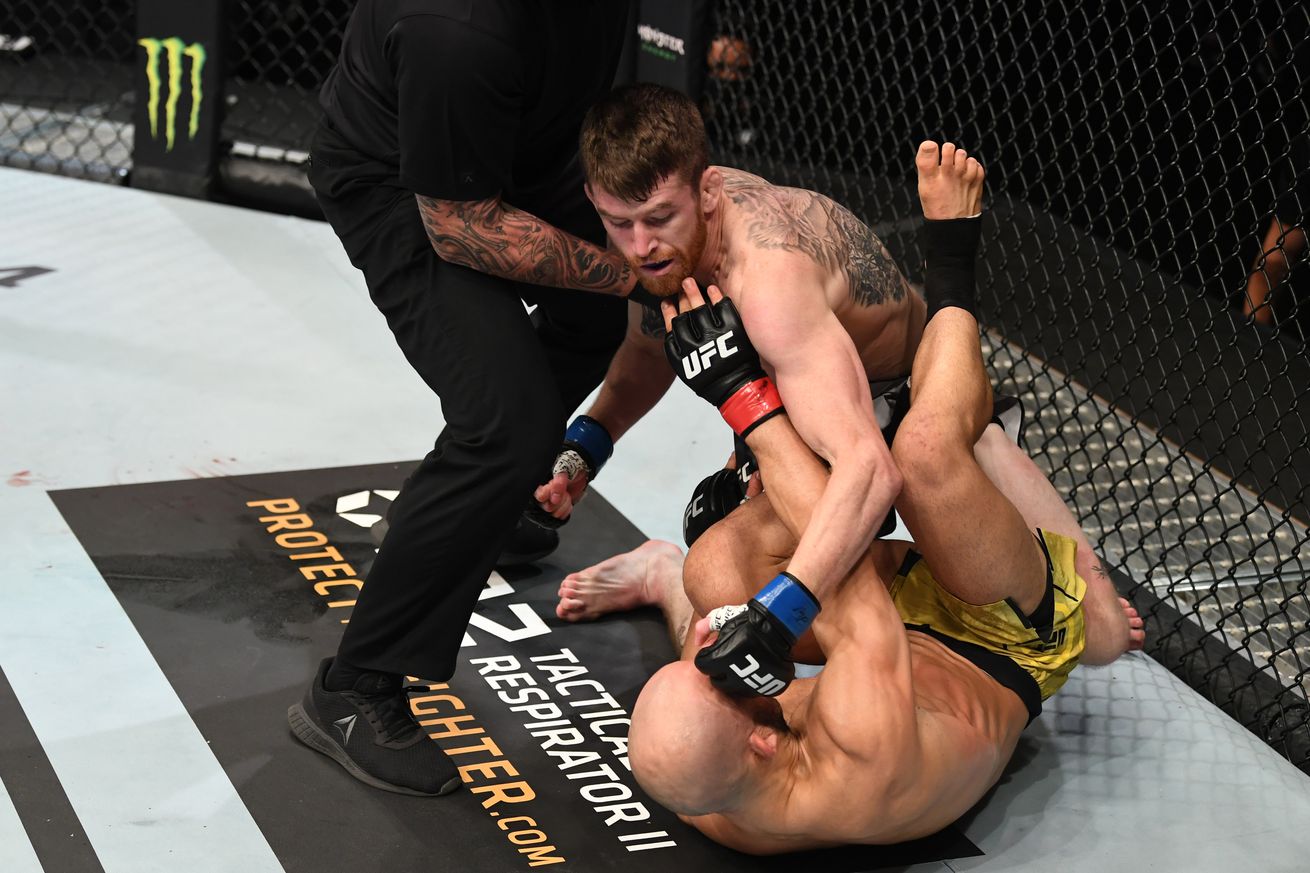 Get the Full StoryCory Sandhagen is favored to finish T.J. Dillashaw at UFC Vegas 32 Photo by Josh Hedges Zuffa LLC via Getty Images

Check out the betting odds for UFC Vegas 32, where Cory Sandhagen is expected to finish T.J. Dillashaw in the main event. UFC Vegas 32 is going down tonight from the promotion s now oh so familiar APEX facility in Las Vegas, Nevada. The top of the billing will be graced with two of the world s very best 135-pounders when the #2 rated, Cory Sandhagen, welcomes back the former champ, T.J. Dillashaw. Bloody Elbow is front and center with the betting lines for this explosive matchup of elite bantamweights, as well as for the rest of the UFC Vegas 32 tussles.

Oddsmakers and gamblers alike are feeling them some Sandhagen. Cory is listed as a -200 betting favorite, with 100 bet possibly winning you 50, plus your initial hundo back. As for the former champ that defeated himself to lose the belt, Dillashaw is sitting with an underdog value of 170. Tossing 100 on T.J. would potentially see a total return of 270.

Sandhagen has the hot hand here for sure. Not only has he been active while Dillashaw has been sidelined from his PED suspension, but he s also been catching big name bodies like Marlon Moraes and Frankie Edgar. It s easy to see why he s the betting favorite here, and Dillashaw the dog.

There are so many x-factors going on with the former king, such as the usual dilemma of aging in a lighter division where speed is a must. Henry Cejudo swiftly took T.J s lunch in his last fight in January of 2019, and then it was suspension time. Add in the mystery of how Dillashaw will perform off of PED s, and sprinkle in a dash of ring rust theory, and we ve got ourselves a full blown case of recency bias. That s not to say that Dillashaw will win, but he is certainly a live dog at his current line.

Check out the UFC Vegas 32 betting odds, courtesy of BestFightOdds.com:

For an in-depth breakdown of each UFC Vegas 32 tilt, check out The MMA Vivisection Podcasts with Bloody Elbow s own Zane Simon and Connor Ruebusch. Be sure to subscribe to our SoundCloud Channel or YouTube channel to stay up to date with all of our live video content. Stay glued to Bloody Elbow for all of your event coverage including play-by-play, results, highlights, and more! Happy hunting!