Rogan responds to criticism, explains why he interviewed McGregor at UFC 264 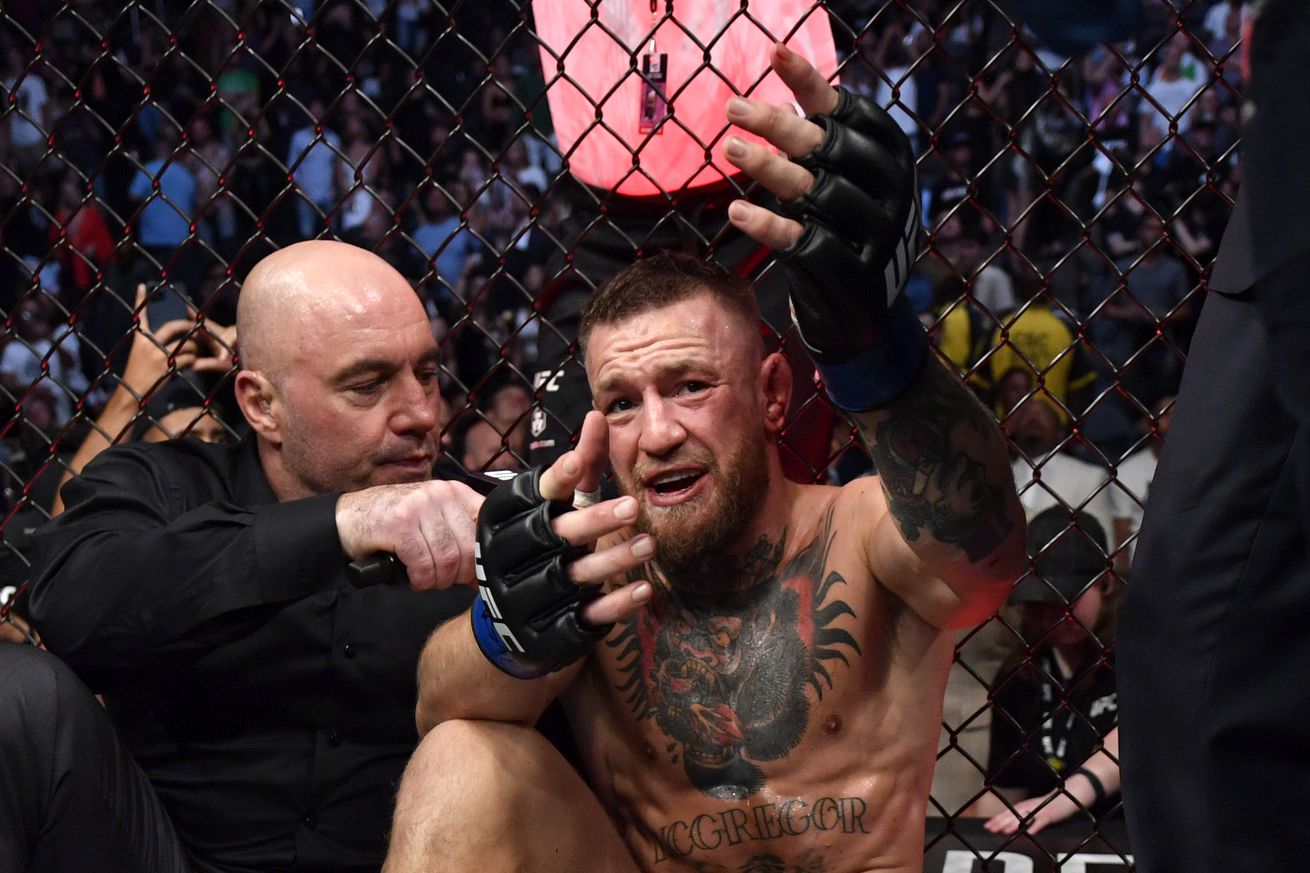 Get the Full StoryConor McGregor is interviewed by Joe Rogan following his TKO loss to Dustin Poirier in the UFC 264 main event at T-Mobile Arena in Las Vegas, Nevada. Photo by Jeff Bottari Zuffa LLC

UFC commentator and podcast host Joe Rogan has come under fire for interviewing McGregor following the fight, with some fans arguing that The Notorious wasn t in the right head space to conduct an interview following such a devastating, career-threatening injury.

Rogan, in a recent episode of The Joe Rogan Experience, explained he felt obliged to interview McGregor after the former UFC two-division champ called him over for a chat.

People are like, why did you interview him? He actually brought me over, Rogan said h t Jordan Ellis of Low Kick MMA . He goes come over here lad, let s have a podcast . He said, come on Joe let s have a f cking podcast . He like asked me to sit down next to him. I was like, how am I going to do this. I feel like I should just get something out of him. Even if you recognize the fact that he is emotionally charged up, this is just him expressing himself while he was emotionally charged up.

McGregor, who broke his leg during an awkward stand-up exchange in the final seconds of the first round, underwent successful surgery in Los Angeles the following day. He is expected to return to the cage next year, although there is no guarantee he will make a full recovery. The Dubliner is currently #9 in the UFC lightweight rankings.