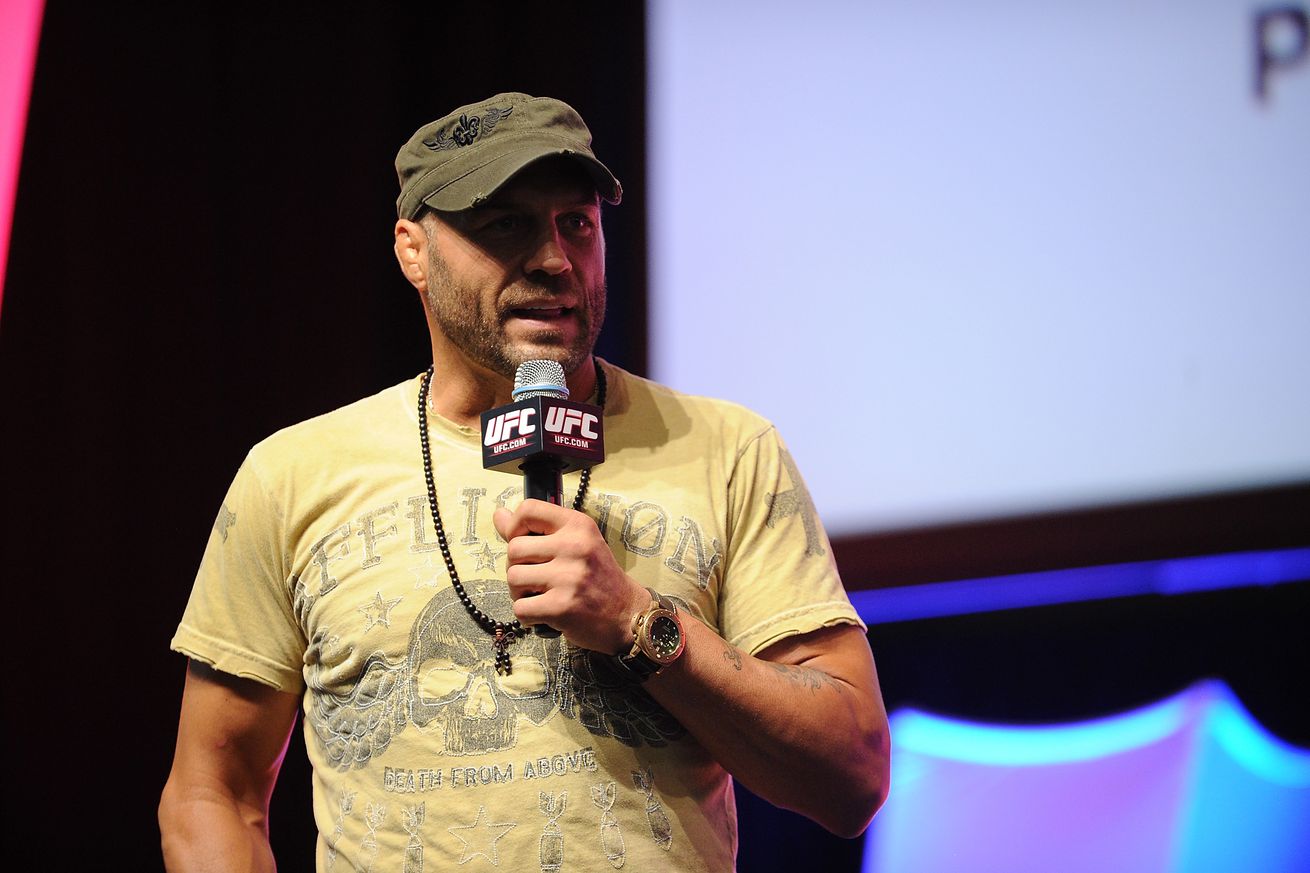 Get the Full StoryRandy Couture takes part in a Q&A during the UFC Fan Expo at the Mandalay Bay Convention Center in Las Vegas, Nevada on July 6, 2012. Photo by Al Powers Zuffa LLC Zuffa LLC via Getty Images

A UFC Hall-of-Famer comes to the aid of Francis Ngannou. Randy Couture has Francis Ngannou s back in The Predator s ongoing public feud with UFC president Dana White.

The UFC Hall-of-Famer believes the interim title booking is a ploy to get Ngannou to accept a fight against Lewis rather than continue pursuing his dream fight against Jon Jones.

It s a ploy, in my opinion. I think they re trying to find a way to use a title fight as a marketing tool, to get more eyeballs and more pay-per-views, Couture told Submission Radio ahead of the UFC 265 main event between Lewis and Gane h t Low Kick MMA . I think it s a disservice to Francis, but it is what it is. Francis is an amazing guy, one of the most humble athletes and most talented athletes that I ve been around. So, he ll work it out, things are gonna be just fine. Pretty tough to overlook a guy that is that talented and that amazing. But yeah, I just think the interim championship that they re creating, it s kind of when they don t get their way, they re like, alright, we ll make this interim title and then you can sort it out later.

I think that is part of the ploy, creating an interim title when Francis still holds the title. And now they re gonna want to force and create that unification fight and have Francis fight Derrick, he added. I don t think Francis is worried about fighting Derrick, but I think the Jon Jones fight would have been a much bigger fight for the fans and everybody involved.

I think when you start chirping about money, which both Jon Jones and Francis have done, and you have guys like Jake Paul, Logan Paul actually shining a flashlight on the disparaging difference between MMA and boxing as well, Dana s one of those guys, he s gonna dig his heels in and he s gonna find a way to make it happen the way he wants it to happen.

Ngannou is frustrated and upset with the current situation and feels he s being disrespected by the UFC. The Cameroonian knockout artist is one of the best pound-for-pound fighters in the sport, but the UFC is failing to market him as such.

I m at the point where, when it comes to me, nothing good is coming my way, it looks like, Ngannou said. They aren t making anything good to come my way. It s OK, but I think at this point regarding my last run, I deserve at least some respect as a UFC champion. I ve been down, I know my low time, and I face it.

Ngannou will likely take on the winner of Lewis vs. Gane in a rather pointless title unification bout. UFC 265, which features the aforementioned interim title bout as the main event, takes place tonight, Aug. 7, at the Toyota Center in Houston, Texas.