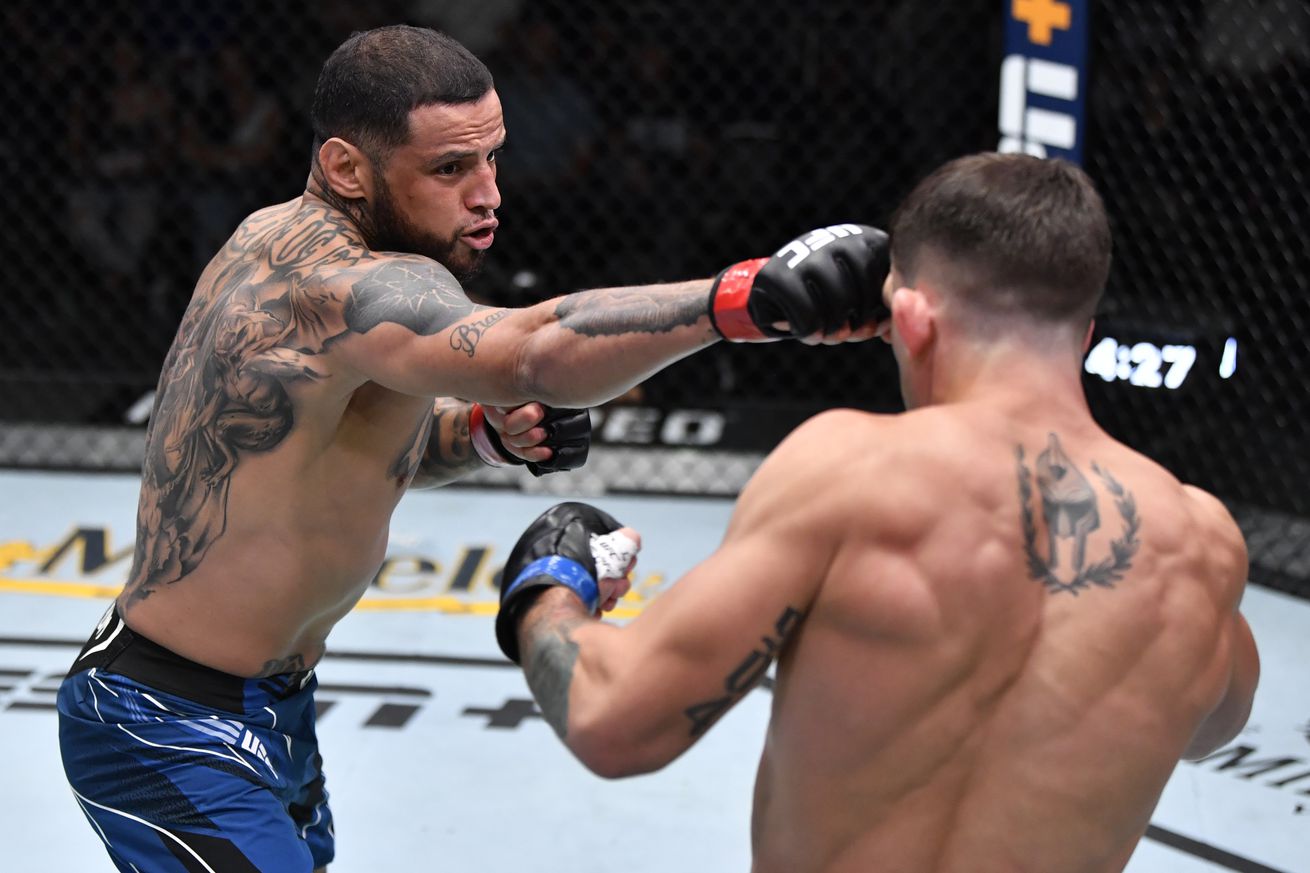 Get the Full StoryDaniel Rodriguez punches Preston Parsons in their welterweight bout during the UFC Fight Night event at UFC APEX on July 17, 2021 in Las Vegas, Nevada. Photo by Jeff Bottari Zuffa LLC

Lee was supposed to face Sean Brady before he withdrew due to injury. The Motown Phenom will remain on the UFC Vegas 35 card.

ESPN confirmed that Kevin Lee will take on Daniel Rodriguez on the August 28th card in Las Vegas. Sean Brady, Lee s original opponent, had to withdraw due to a foot infection.

Rodriguez 15-2 recently dispatched short notice foe Preston Parsons at UFC Vegas 31 last month. He boasts a 5-1 UFC record, including a stellar debut when he dominated and stopped Tim Means in 2020. His other notable win came in April of this year, when he thoroughly outclassed Mike Perry for a unanimous decision nod.

Lee 18-6 hasn t fought since a submission loss to current lightweihgt champion Charles Oliveira in what was the UFC s final fight before the global COVID-19 shutdown. Even when the UFC resumed its schedule in May, Lee would take no further part in 2020 due to knee injuries. His only win over his past four fights was a brilliant head kick KO of Gregor Gillespie.

UFC Vegas 35 is headlined by an absolute banger of a featherweight fight between strikers Edson Barboza and Giga Chikadze.