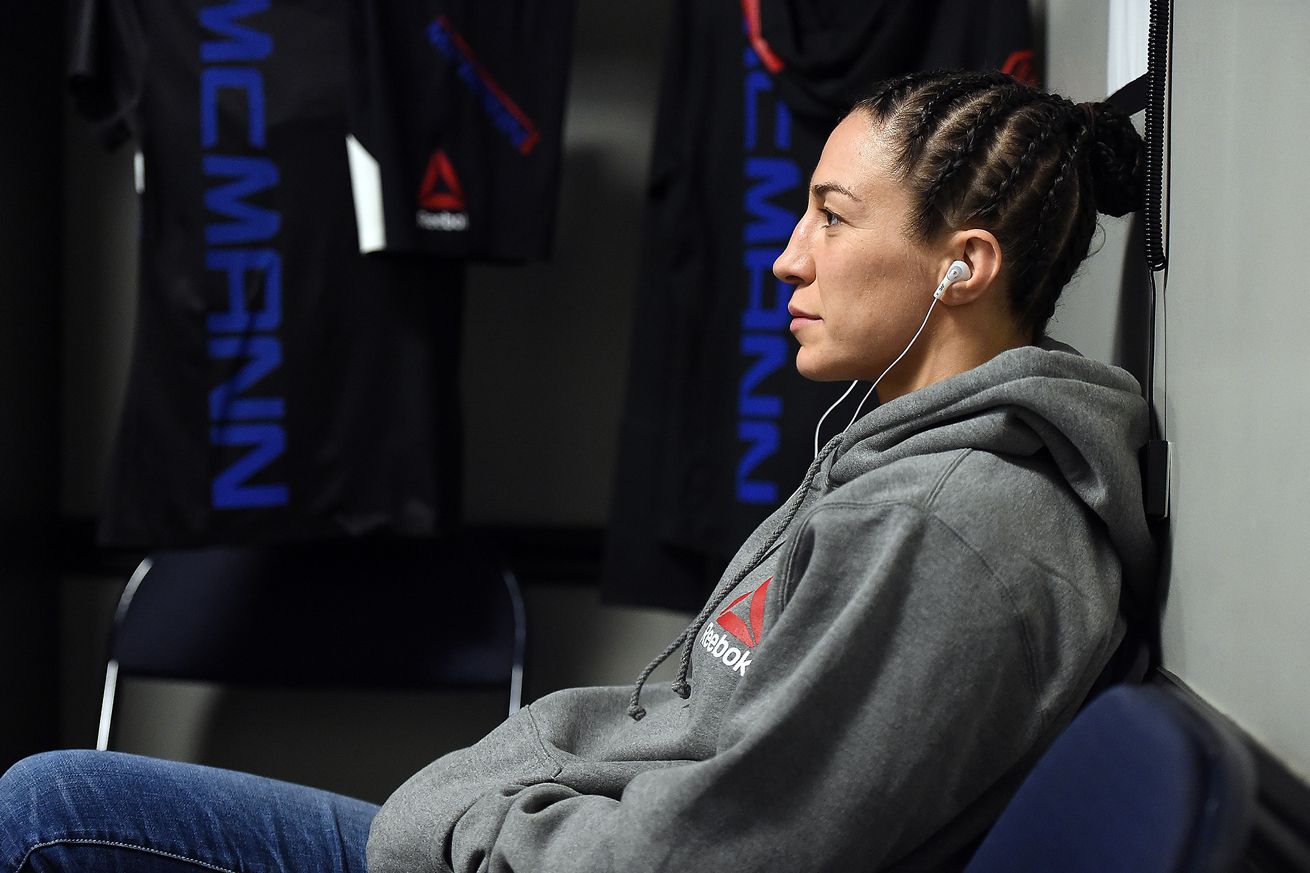 Get the Full StorySara McMann before her fight against Amanda Nunes at UFC Fight Night: Teixeira vs. Saint Preux. Photo by Mike Roach Zuffa LLC Zuffa LLC via Getty Images

McMann announced on Tuesday that she was out of her fight against Ketlen Vieira because of an injury. She described it as a re-injury but did not provide any further details on what exactly was injured again. McMann expressed her hope that the healing process would be a quick one so that the fight between her and Vieira could remain intact for another date.

The worst part is that I was so healthy and having a really great camp, wrote McMann on Instagram. I know I ll keep the gains I ve made but I was really hoping to get the reward for all of the work I ve put in the last few months.

If Ketlen Vieira is able to wait and push our fight date back, I m happy to do that, continued McMann. I ll be back to the UFC as quickly as possible.

It is unknown whether Vieira will receive a short-notice replacement in order to remain on the card or agree to the postponement proposed by McMann. Vieira was entering the fight off of a loss to Yana Kunitskaya, who defeated her by way of unanimous decision at UFC Fight Night: Blaydes vs. Lewis in February.

The other names forced to withdraw from UFC Vegas 35 are Aliaskhab Khizriev, Mario Bautista and Tracy Cortez. Khizriev an undefeated middleweight prospect set to make his promotional debut was removed from his fight against Alessio Di Chirico after he suffered an undisclosed injury, per a report from Mike Heck and Guilherme Cruz of MMA Fighting. A replacement for Di Chirico is being sought out.

According to MMA Island, Bautista tested positive for COVID-19 and was pulled from his fight against Guido Cannetti. There is no word on whether Cannetti will also remain on the card. Finally, Nolan King of MMA Junkie reported Cortez was out of her fight with J.J. Aldrich due to an injury. The promotion is seeking a replacement for Aldrich.

UFC Vegas 35 is headlined by a featherweight fight between Edson Barboza and Giga Chikadze. The event takes place on Saturday, Aug. 28 live from the UFC Apex in Las Vegas.