Pacquiao vs Ugas preview: Can Ugas pull off the short notice upset? 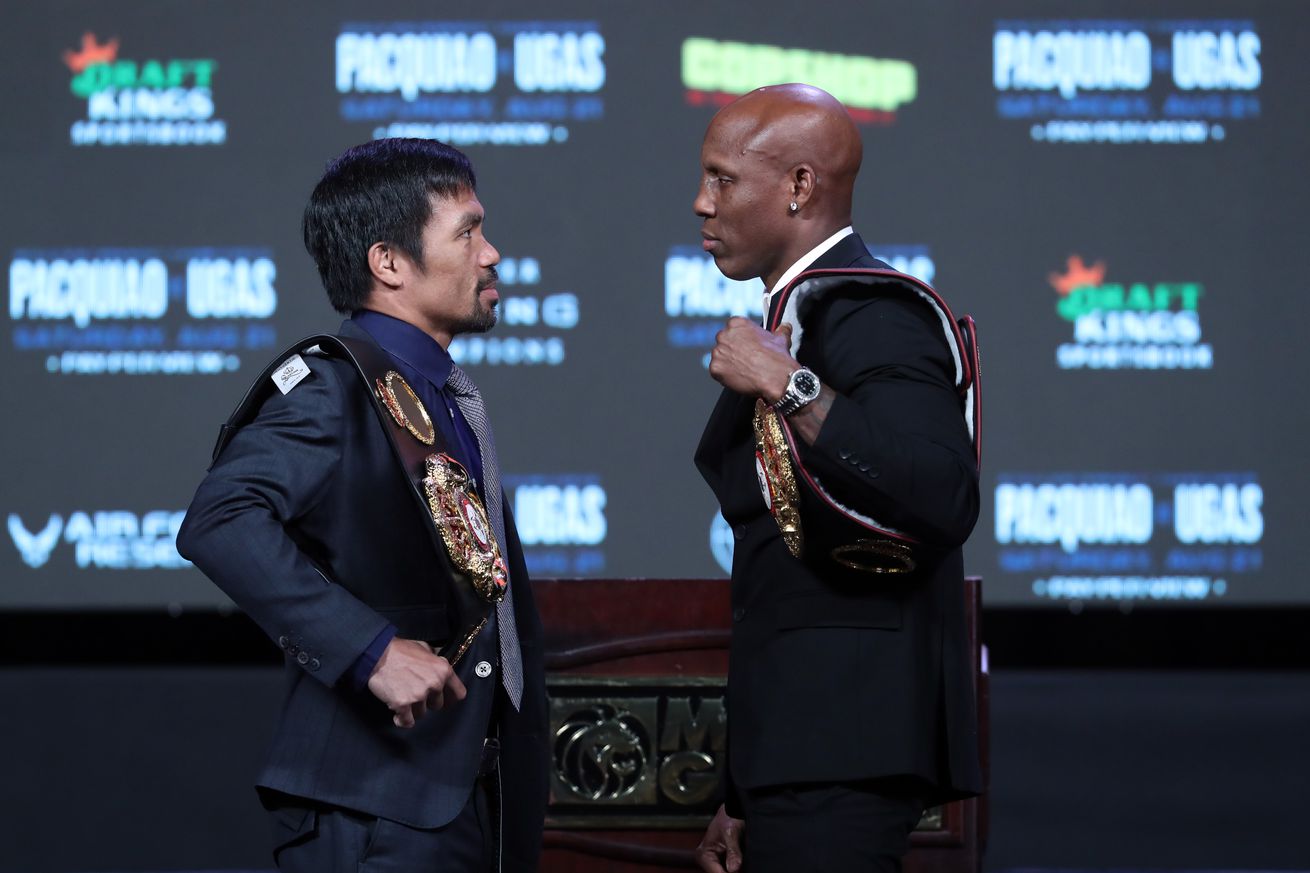 Errol Spence Jr may not be fighting Manny Pacquiao as planned, but Pacquiao does get a formidable substitute. Manny Pacquiao 62-7-2, 39 KOs returns to action this weekend, two years after his last victory over Keith Thurman. Pacquiao was originally supposed to fight WBC and IBF champion Errol Spence Jr 27-0, 21 KOs but a retinal tear forced Spence to withdraw. WBA titlist Yordenis Ugas 26-4, 12 KOs of Cuba steps in to replace him.

Ugas fought Shawn Porter for the WBC belt in 2019 and lost a controversial split decision. Since then he s beaten former lightweight titlist Omar Figueroa Jr, Mike Dallas Jr and won the vacant WBA belt against Abel Ramos. He should be a tricky fight for Pacquiao. Like most Cubans, he is a very good defensive fighter and technician. He is four inches taller than Pacquiao and breaking the distance will be tough for the Filipino legend.

The good news for Pacquiao is that Ugas fights at a pretty slow pace and shouldn t push Pacquiao s cardio too much. While Pacquiao isn t as fast and doesn t fight at the hellish pace he could keep in his prime, he s still pretty quick for the division. He still shows up in excellent condition, which allows him to keep a fairly high workrate and finish fights strong. Or at least he did two years ago. Pacquiao is a moderate favorite and while I think he definitely has a shot to win the fight, the fact that Ugas has been active recently, his defensive acumen and size advantage make me lean towards him in this fight.

In the co-main event, Robert Guerrero 36-6-1, 20 KOs faces Victor Ortiz 32-6-3, 25 KOs . This would have been a good fight a decade ago but both fighters are well past their best in 2021. Guerrero retired in 2017 after suffering the first stoppage loss of his career against Figueroa Jr and going 2-5 in his last 7. He returned in late 2018 and went 3-0 against lower level competition. Ortiz has been inactive since getting pulled of a scheduled fight with John Molina Jr in 2018 to to sexual assault accusations. The charges were dropped in December 2020 and this is Ortiz comeback fight.

Ortiz is four years younger but was inconsistent even before his three years of inactivity and Guerrero is pushing 40 so the fight is of little relevance to the division. However, if they still have anything left in the tank, Guerrero s veteran savvy and rough infighting should mesh well with Ortiz aggressive style and give us a pretty fun fight.

The PPV opener features Filipino featherweight prospect Mark Magsayo 22-0, 15 KOs against former WBC interim super-bantamweight champion Julio Ceja 32-4-1, 28 KOs . Ceja s been stopped 3 times in his last 6 fights at super-bantamweight but he s also the best and most experienced opponent of Magsayo s career and should be a good test of whether he can be a factor in the featherweight division.