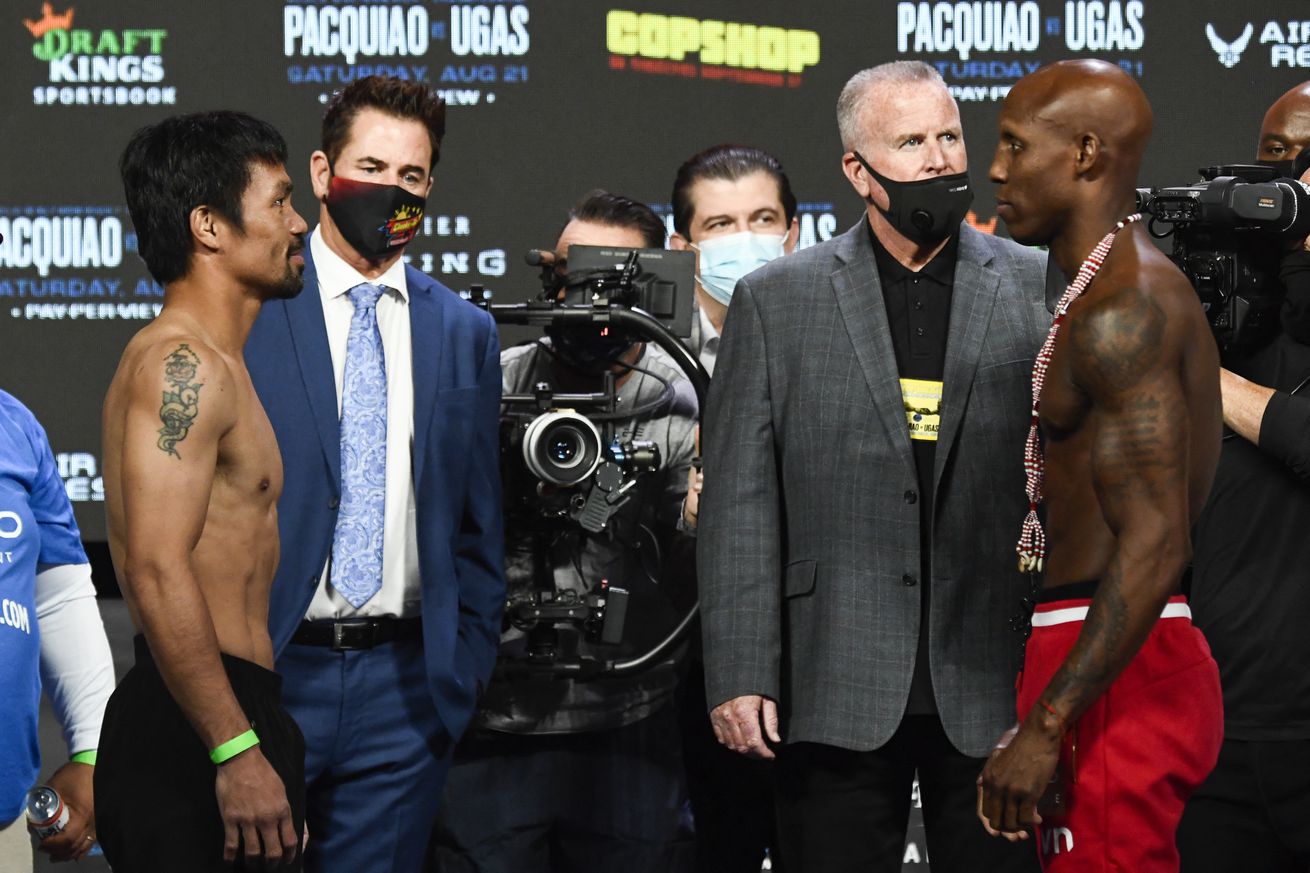 Get the Full StoryManny Pacquiao and Yordenis Ugas face off at the weigh-ins in Las Vegas. Photo by PATRICK T. FALLON AFP via Getty Images

Get full results and fight coverage for the welterweight title fight main event between Manny Pacquiao and Yordenis Ugas on PPV. It s fight day!

Tonight Sat, Aug. 21 at the T-Mobile Arena in Las Vegas, Nevada, eight-division world champion and boxing icon Manny Pacquiao 62-7-2, 39 KOs returns to the ring for the first time in 25 months. His opponent was due to be WBC and IBF welterweight champion Errol Spence Jr, but due to a retinal tear he had to withdraw and has been replaced by WBA champion Yordenis Ugas 26-4, 12 KOs . Pacquiao was the champion in recess after winning the WBA title from Keith Thurman in 2019, but this is the WBA and you know how sanctioning bodies are with the farcical belt system. Whatever the case, Ugas was scheduled to be in the co-main and instead gets bumped up to main event.

Pacquiao is the favorite over the Cuban, whereas he was the underdog against Spence, but Ugas is a live dog in this one. He s a crafty boxer who s hard to hurt and his power is better than his low knockout percentage indicates. This is still a compelling matchup while admittedly not being as big an attraction as Pacquiao vs. Spence.

Coverage of tonight s card begins at 9 PM ET 6 PM PT on PBC on FOX PPV. You can also catch the live stream of the PPV in the YouTube embed below you have to fork over 75, of course or via Fite.tv. It is expected that ring walks will begin no earlier than 11:30 PM ET 8:30 PM PT, and likely later even if the undercard is filled with quick endings.

Live Results, Round by Round Coverage