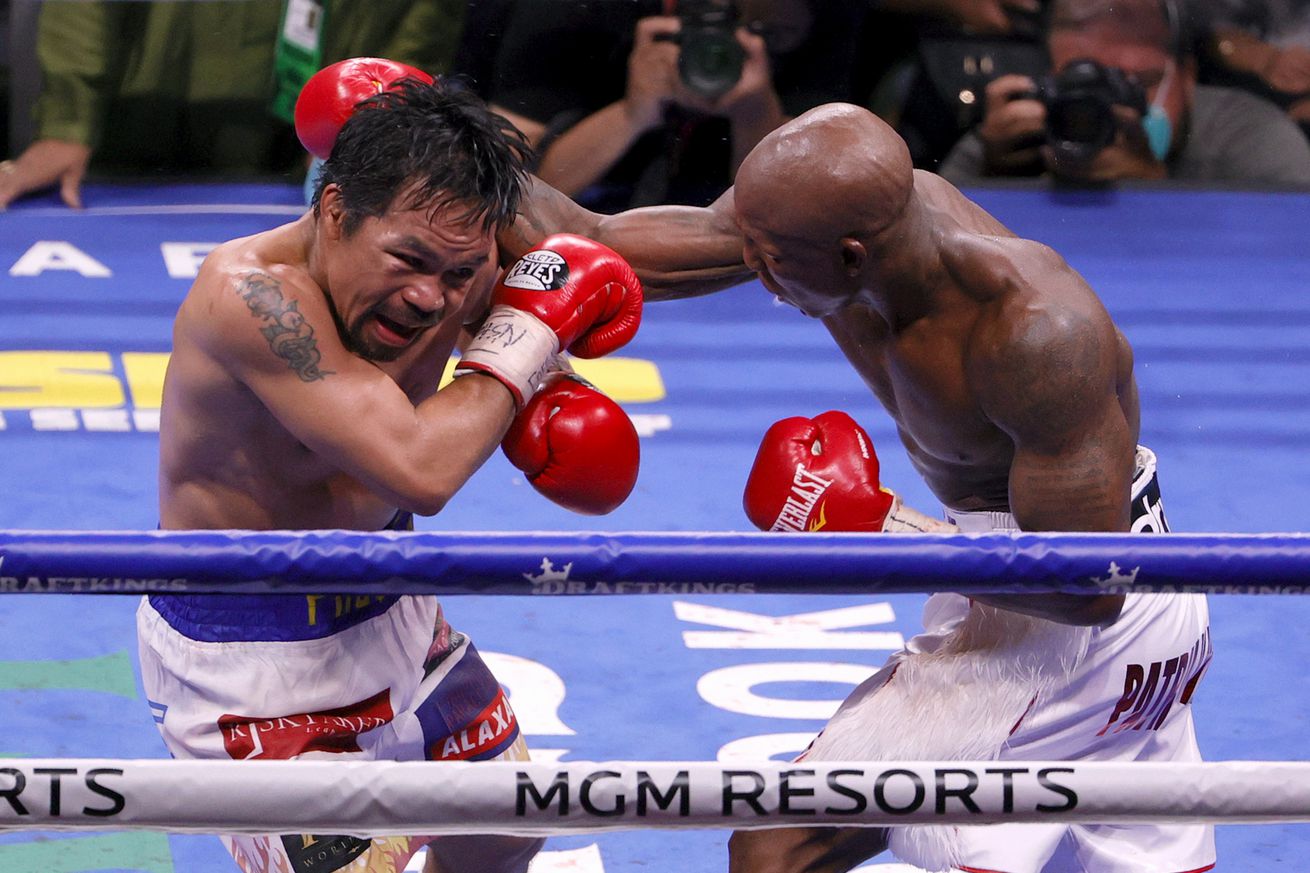 Yordenis Ugas notches the biggest victory of his career with a unanimous decision win over Manny Pacquiao. Boxing s one and only eight-division world champion Manny Pacquiao was trying to test Father Time even further against late replacement Yordenis Ugas on Saturday. But unlike his noteworthy performance against Keith Thurman two years ago, the 42-year-old Pacman fell short this time as he took his first loss since 2017.

It was an action-packed fight, but it was Ugas who was dictating the pace early on. He was landing clean jabs, both to lead and counter, which Pacquiao didn t have many answers to.

The Filipino boxing icon did have his moments through short spurts of combinations. But unlike with many of his past opponents, these flurries didn t seem to faze Ugas. By the halfway point of the fight, the Cuban boxer was slowly pulling away, and finding a home for more of his power shots.

With the knowledge that he was behind in the scorecards, Pacquiao tried to push the pace further in the last three rounds. Ugas kept himself composed and was landing more of his right hands to follow up his crisp jabs.

In the end, the judges rightfully scored it in favor of Ugas, who extended his winning streak to four and improved to a record of 27-4. Pacquiao, on the other hand, just broke a three-fight win streak as he drops to a record of 62-8-2.

A great fight by both fighters and we are headed to the scorecards in Las Vegas. #PacquiaoUgas via PBConFOX pic.twitter.com HJq5IBHhNe ESPN Ringside ESPNRingside August 22, 2021