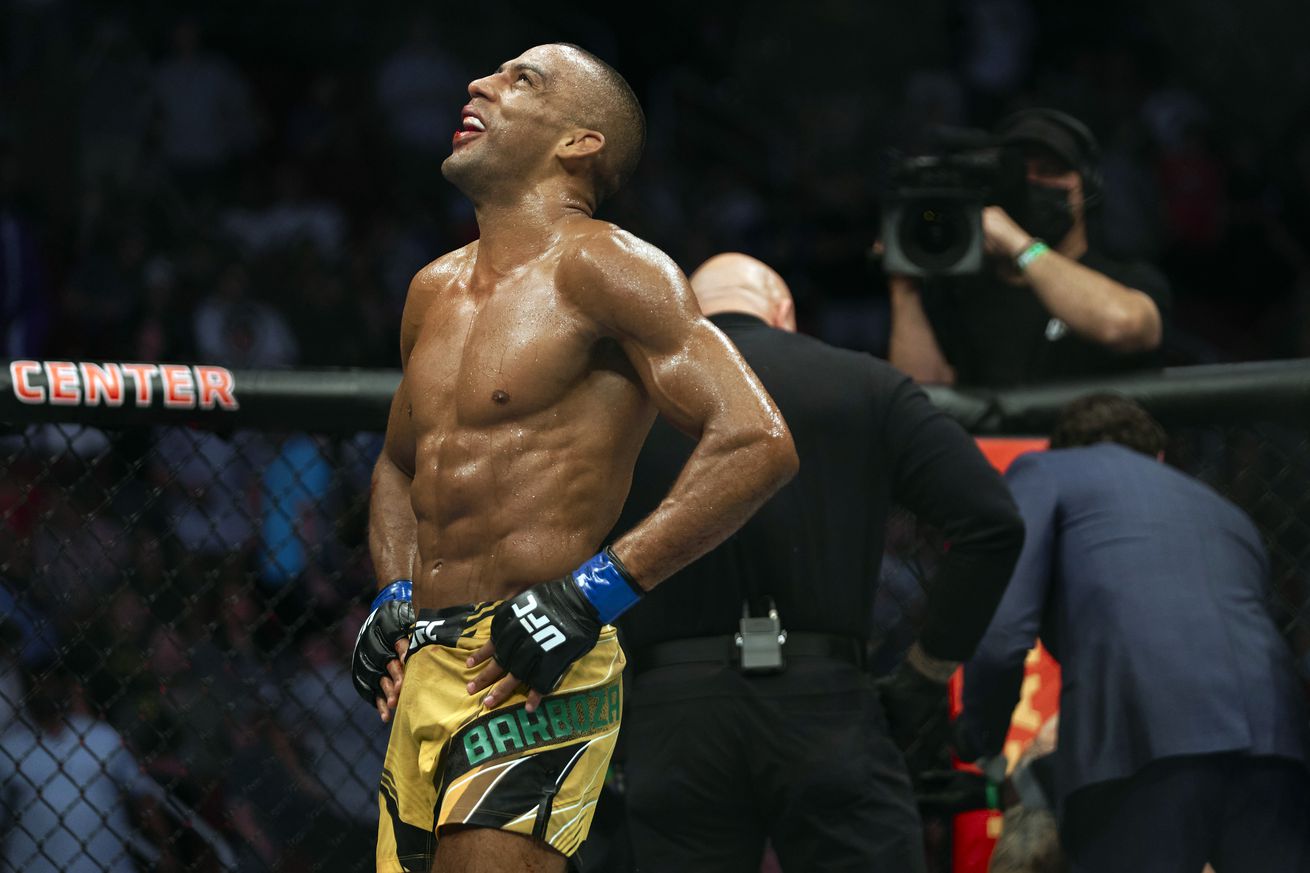 Barboza, who is the No. 9 ranked fighter in the official UFC featherweight rankings, is on a two-fight winning streak. Barboza, who was 19-4 before he faced Khabib Nurmagomedov in a one-sided shellacking in December 2017, struggled after that loss. Between 2018 and May 2020, Barboza went 1-4 with losses to Kevin Lee, Justin Gaethje and Paul Felder at lightweight and Dan Ige at 145 pounds. Since the split-decision setback to Ige, Barboza has scored a decision over Makwan Amirkhani and a Fight of the Night bonus-winning knockout triumph over Shane Burgos.

Chikadze, who made the switch from kickboxing to full-time MMA in 2018, is 6-0 since he joined the UFC in 2019. It took Chikadze a while to find his groove under the UFC banner. After four straight decision wins, he has first-round TKO victories in his past two outings. Chikadze earned Performance of the Night bonuses with stoppages of Jamey Simmons and Cub Swanson.

Barboza is looking forward to the challenge Chikadze brings, If you watch that fight against Ige and then the one against Amirkhani and then last my one, you ll see how I ve been improving. I ve been getting more comfortable in the division, more aware of my body. I was still a bit afraid of cutting that much weight. I ll be even better, physically, for this fight, so I ll perform better. I m in my best shape and my mind is stronger than ever. There s no doubt it s going to be the best Edson Barboza to ever step into the Octagon.

As for Chikadze, he predicts a striking battle, He s excellent and I ve proven that I m one of the best in the division and in the UFC. It s a perfect matchup. We are two brawlers and it s going to be really cool. He s undefeated, but he hasn t faced the top guys in the division yet. He hasn t been really tested yet. On the other hand, I have been tested against everyone in the division above. I ve studied him with my coaches and he has many gaps in his game. I ll try to exploit his flaws. It s going to be a war.

Below, take a look at how Barboza and Chikadze matchup in key stats ahead of UFC Vegas 34, which takes place at UFC Apex in Las Vegas. ESPN carries the main card following prelims on ESPN .