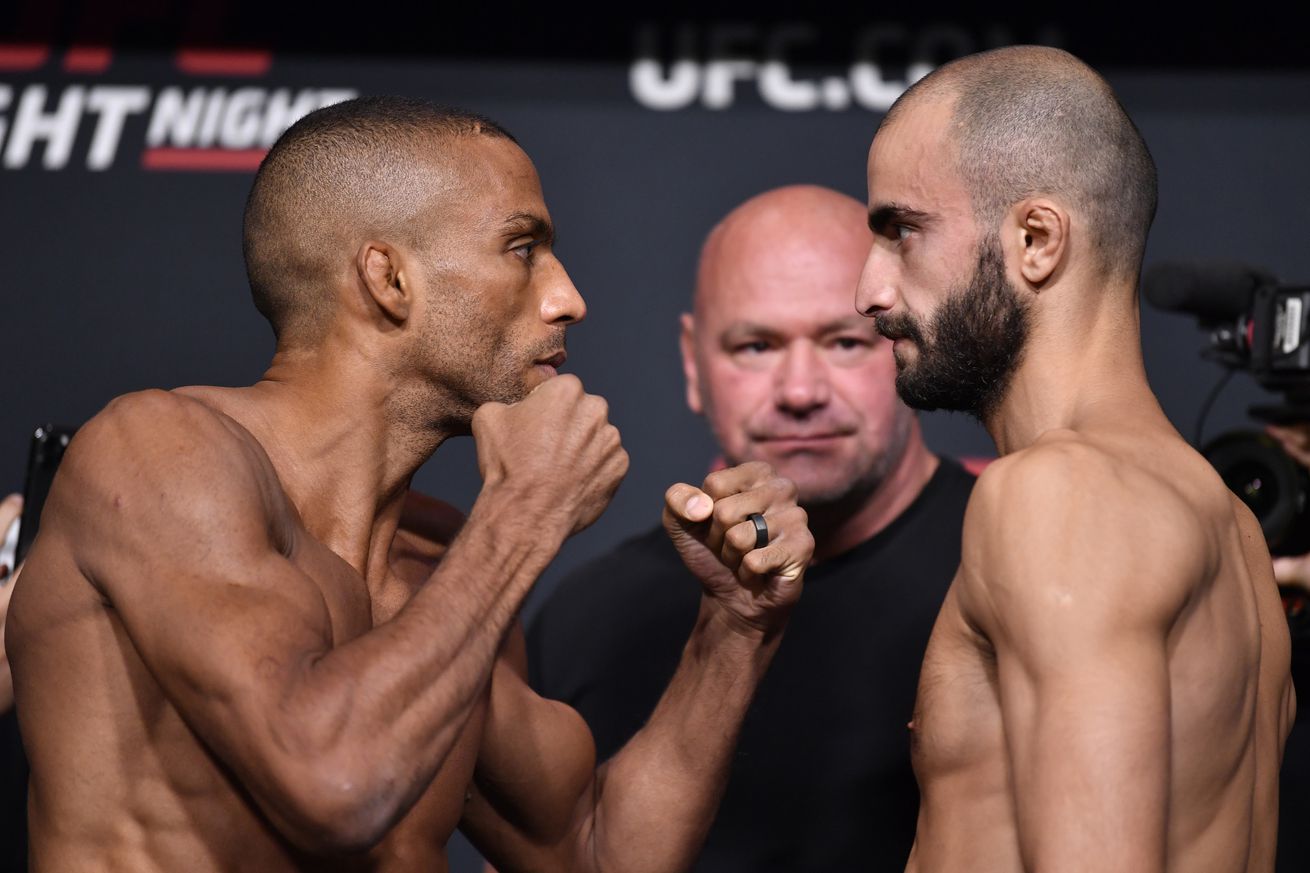 Get the Full StoryEdson Barboza and Giga Chikadze face off during the UFC Fight Night weigh-in at UFC APEX on August 27, 2021 in Las Vegas, Nevada. Photo by Chris Unger Zuffa LLC

The headliner of the card is a featherweight bout between strikers Edson Barboza and Giga Chikadze in what should be a truly outstanding fight. You have to think there s going to be at least one bonus coming out of this one.

This card also doubles as the season finale of The Ultimate Fighter: Team Ortega vs. Team Volkanovski. Bryan Battle vs. Gilbert Urbina will be the middleweight final, while Ricky Turcios vs. Brady Hiestand compete in the bantamweight final. All four fighters are from Brian Ortega s team.