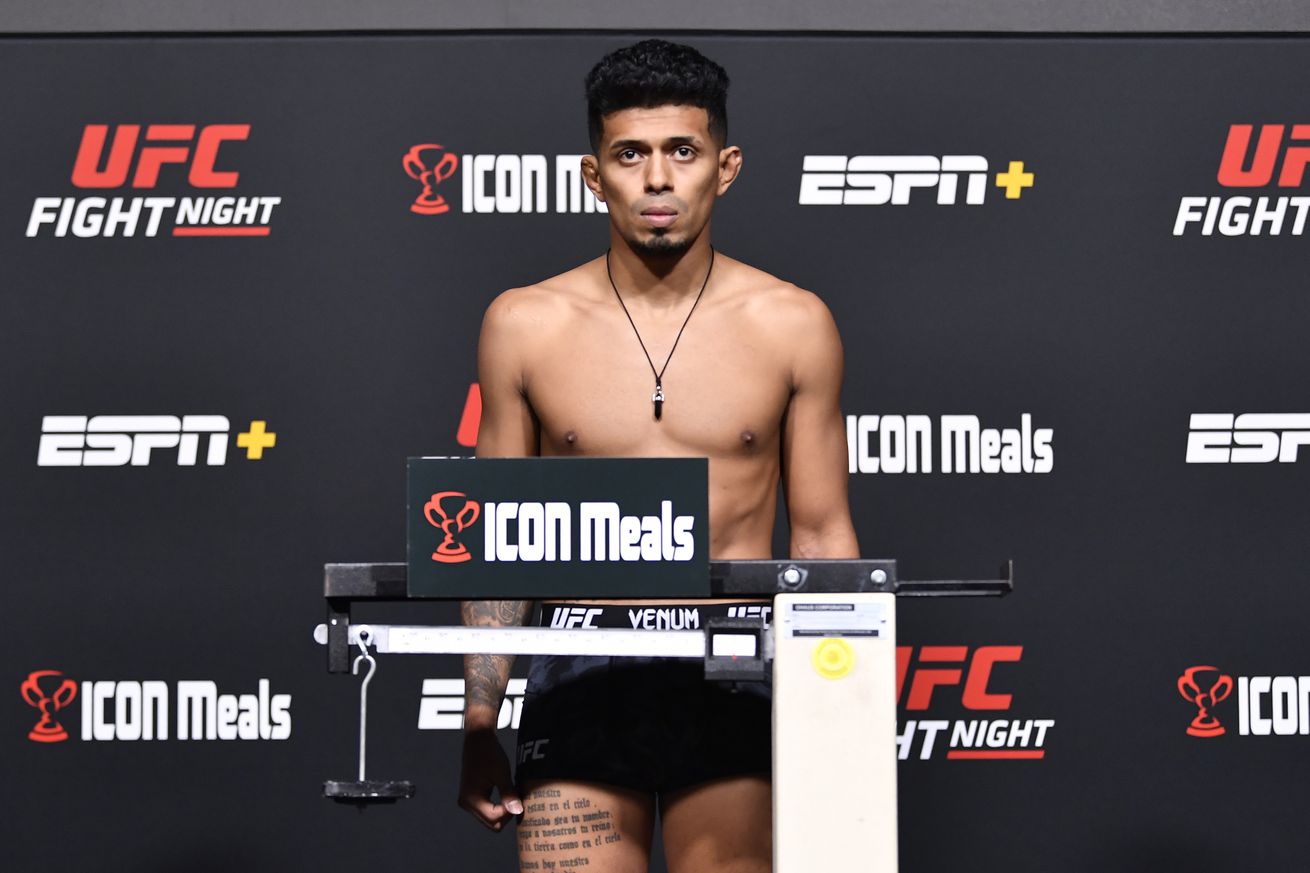 Get the Full StoryJonathan Martinez poses on the scale during the UFC Fight Night weigh-in at UFC APEX on September 03, 2021 in Las Vegas, Nevada. Photo by Jeff Bottari Zuffa LLC

Bantamweight Jonathan Martinez came in two pounds overweight for Saturday s matchup with Marcelo Rojo. The fight was scheduled to proceed as normal but with Martinez fined a portion of his purse, but ESPN Deportes Carlos Contreras Legaspi reported that Martinez experienced negative complications after his cut and is out of the fight.

Additional reporting from MMA Fighting says Rojo will get his base purse for making weight.

Martinez 13-4 is coming off a knockout loss to Davey Grant at UFC Vegas 21 in March. This is the second time he s missed weight in the UFC, having come in at 140.5 lbs when he fought Frankie Saenz in August 2020. That miss prompted a move up to featherweight before a return down to 135.

UFC Vegas 36, which has already experienced a lot of fight cancellations in recent weeks, has been reduced to just nine fights. The main event between Derek Brunson and Darren Till is still intact, though!