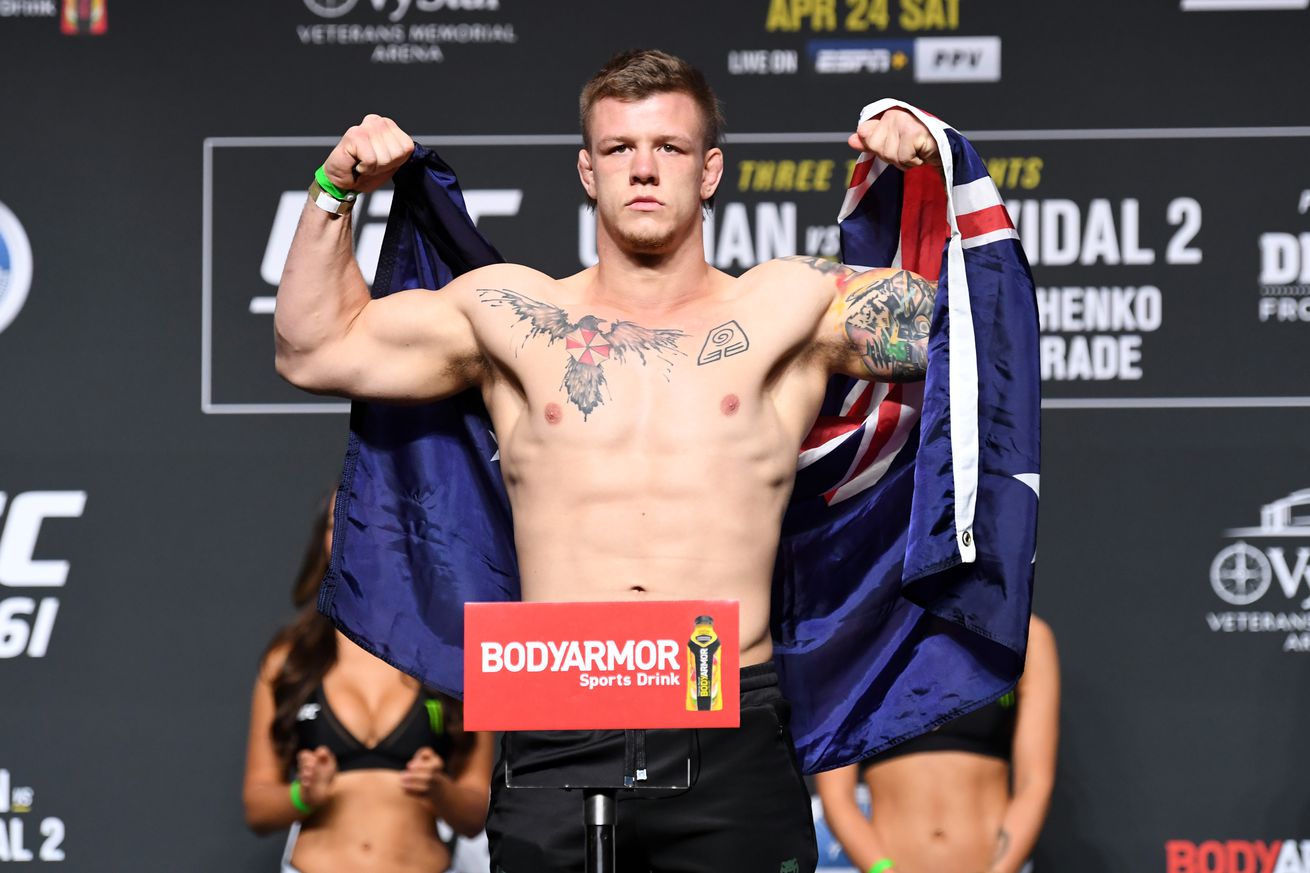 Get the Full StoryJimmy Crute at the weigh-ins of UFC 261. Photo by Josh Hedges Zuffa LLC

Jordan Ellis of Low Kick MMA has reported that Crute and Hill are now expected to meet at an upcoming UFC Fight Night event scheduled for December. The location and venue have not been determined yet, but it is likely to be held in Las Vegas at the UFC APEX.

Crute and Hill find themselves in similar situations as they are both returning from gruesome injuries suffered in their most recent appearances inside of the Octagon.

Crute is returning after suffering a first-round technical knockout loss to Anthony Smith at UFC 261 in April. The Brute was deemed unfit to continue the fight with Smith after sustaining a leg injury later determined to be foot drop that prevented him from going on beyond the first round. Crute previously earned first-round stoppages over Michal Oleksiejczuk and Modestas Bukauskas, both of which he banked Performance of the Night bonuses for.

Hill is also returning after a first-round technical knockout loss as the previously undefeated prospect was defeated by Paul Craig, who dislocated the arm of Hill at UFC 263 in June. Craig secured an armbar on Hill but kept fighting as the referee did not immediately step in until he saw the already mangled arm. Prior to the loss to Craig, which marked the first of his professional career, Sweet Dreams knocked out Ovince Saint Preux at UFC on ESPN: Hermansson vs. Vettori in December of last year.

With the addition of Crute vs. Hill, the lineup of the Fight Night event on Dec. 4 has a total of four fights. Here is what it currently looks like: