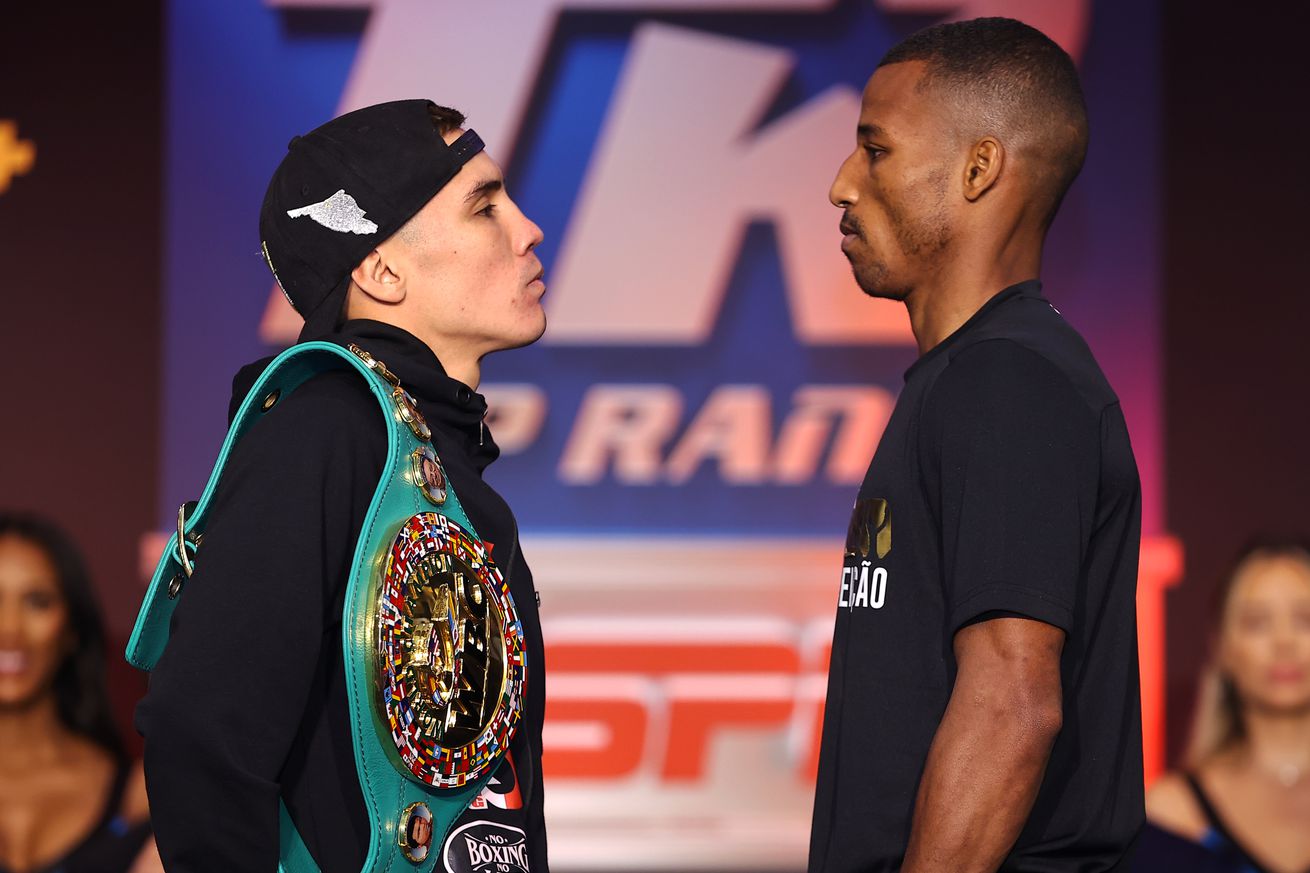 Fresh off of a KOTY contender over Berchelt, Oscar Valdez defends against Rio Gold Medalist Robson Conceicao Oscar Valdez 29-0, 23 KOs defends his WBC super-featherweight title this Friday against former amateur rival and 2016 Olympic champion Robson Conceicao 16-0, 8 KOs . Valdez took the belt from Miguel Berchelt in February with a brilliant performance capped by a spectacular KO. Conceicao immediately turned pro after winning the gold medal in 2016 but his pro career has been slow to take off. Too slow, arguably, as he s already 32.

His competition has been pretty underwhelming for someone of his amateur pedigree and he was the beneficiary of one the most egregious robberies of 2020 when he somehow got the decision over Luis Coria despite clearly losing most rounds, getting knocked down and deducted two points for low blows. He is skilled of course you don t win Olympic gold by accident he s bigger than Valdez and could outbox him on the outside but if Coria could get to him and hurt him, it is well within Valdez means to replicate it. It is now or never for Conceicao but I believe his window might have already passed.

There is some controversy surrounding this main event. Valdez tested positive for the banned stimulant phentermine. This was part of a pre-fight VADA drug test, and the WBC s Clean Boxing Program uses VADA protocols. The WBC didn t strip Valdez of his title and the commission where the fight is taking place is on a Native American reservation and not Arizona s state commission. The Pascua Yaqui Tribe Athletic Commission uses WADA guidelines, which prohibits stimulants in-competition but not out-of-competition.

Valdez denies being a dirty fighter, although the outrage over letting him compete has been very noticeable within boxing circles.

The card has a really good co-main event with the US debut of WBO flyweight champion Junto Nakatani 21-0, 16 KOs . Nakatani won the vacant belt in November against Giemel Magramo. Nakatani dismantled the Filipino and stopped him in eight. He is a tall southpaw, and though that is a type you would typically associate with an outside fighting style, Junto does his best work on the inside. He s got brilliant strike selection and is very adept at finding and exploiting openings in an opponent s guard. Though like most Japanese fighters, offense is the main focus of his style, he s sound defensively and has very good head movement.

His opponent for his first defense is former WBO light flyweight champion Angel Acosta 22-2, 21 KOs . After a failed first title shot against Kosei Tanaka, Acosta won the vacant belt in his next fight by KO and defended it three times in the same fashion. He lost the belt to Elwin Soto by arguably early stoppage in the 12th round of a fight he was ahead in. Like Nakatani, Acosta is an offensively minded inside fighter, thought his offense and defense are not as refined as Nakatani s and he relies on his high workrate and knock out power to overwhelm his opposition. Nakatani s defensive edge and more subtle strike selection make him the pick for me but most of all, this should be a tremendous action fight and reveal Nakatani, who has the potential to follow Naoya Inoue s footsteps, to a worldwide audience.

Gabriel Flores Jr 20-0, 7 KOs , an excellent 21 year old super featherweight prospect will open the card against Luis Alberto Lopez Vargas 22-2, 12 KOs . Flores is coming off of a stoppage win over veteran Jayson Velez and looks likely to feature in the title picture at 130 in the next few years.