Jim Lampley has right idea in walking away from Holyfield vs. Belfort 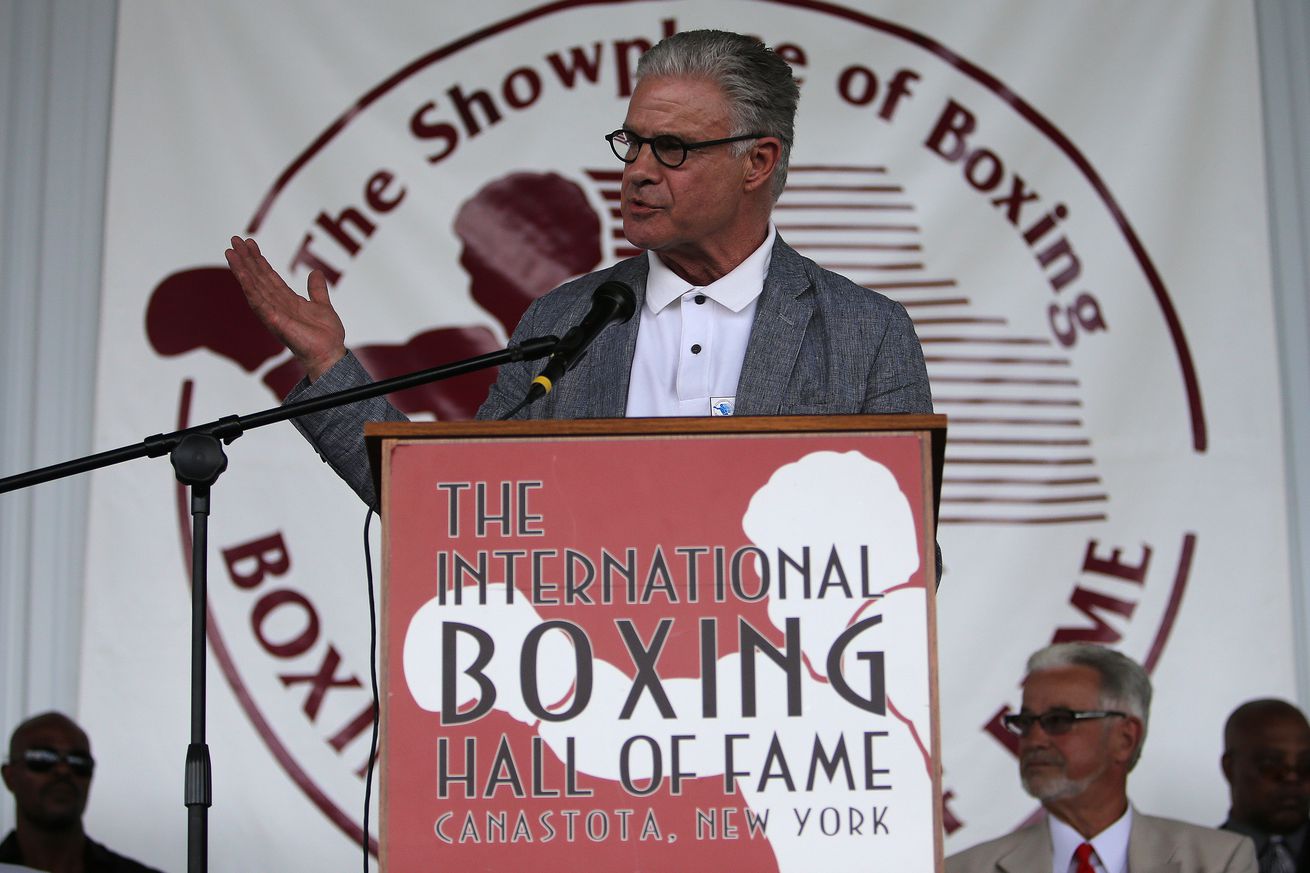 Jim Lampley had been set to call De La Hoya s bout against Vitor Belfort, but with Holyfield stepping in for the Golden Boy it appears Lampley won t be a part of the show. There was never a chance that Triller s fight card this weekend would be anything other than a circus. Vitor Belfort taking his first boxing bout since debuting in 2006? Oscar De La Hoya returning to the ring to fight the former UFC champ? Anderson Silva taking on Tito Ortiz in the Huntington Beach Bad Boy s first time fighting outside of a cage? It was going to be a gong show.

Somehow, however, things have only gotten more comical or tragic, depending on your outlook .

It all started to really go south after De La Hoya was diagnosed with COVID-19 earlier this month, prompting a last minute change in the main event with the Golden Boy stepping out and former heavyweight legend Evander Holyfield taking his place. That move prompted a venue change as well; from the Staples Center in Los Angeles to the Seminole Hard Rock Hotel & Casino in Hollywood, FL. It was a decision forced by the California Athletic Commission s apparent unwillingness to license Holyfield for any kind of boxing competition, even an exhibition. And after watching the Real Deal hit mitts, shadow box, and speak to the press during fight week, it s not hard to see why the CSAC came to the decision they did.

The 58-year-old multiple-time champion could still be mistaken for a man near his physical prime at a glance he looks fit, and healthy; muscles bulging from years upon years of training. But watching him move, it s clear that he s severely diminished. His feet are unsteady, his hands still fluid in their rhythm seem to be working at half speed. Whatever happens against Belfort whether he gets knocked out fast, or loses slowly, or miraculously out-navigates the younger man in the ring for eight rounds it s going to be a sad spectacle.

The updated poster for Belfort vs. Holyfield.

Along with the new main event, and new venue, the move cross-country has provided yet another strange addition: none other than former US President Donald Trump will be taking part in the broadcast. He ll be working alongside UFC title contender Jorge Masvidal and former WWE announcer Todd Grisham potentially Don Jr. as well to provide a secondary broadcast commentary track for the event that fans can listen to for the low low price of an additional 50. An attempt to recreate the Snoopcast vibe, targeted at an older, more conservative fanbase.

Is it any wonder, then, that longtime famed boxing announcer Jim Lampley has decided to step away from his announcing duties on the card. Noted boxing journalist Dan Rafael broke the news that Lampley would no longer be commentating for this weekend s Triller PPV event. Given the current shape of things, it should hardly be a surprise.

Lampley returned from retirement earlier this summer to sign a deal with Triller, commentating on the upstart promotion s boxing events, starting with Teofimo Lopez vs. George Kambosos. In an interview at the time of his signing, Lampley spoke about the decision to come back to broadcasting, saying that Triller s image of legitimacy was one of the major driving factors.

In recent months, it began to become clear to me that an offer might be forthcoming for me to go back calling fights, Lampley revealed. So at that point my attitude became alright where is legitimacy? Where s a jumping off point and a platform where I can do something that is meaningful from the get go? And Triller made this offer not too long ago. They were very decisive and clear in what they wanted to do. What they wanted to do was communicate legitimacy, that s really the key word...

Boxing has played home to many carnival-grade events over the years. This isn t anywhere near the first, and it won t be the last. But it has very much moved from the range of spectacle toward something more resembling a car crash. Fans may pause to have a look, but it may only be to shake their heads at everyone involved and hope that nobody got seriously hurt.