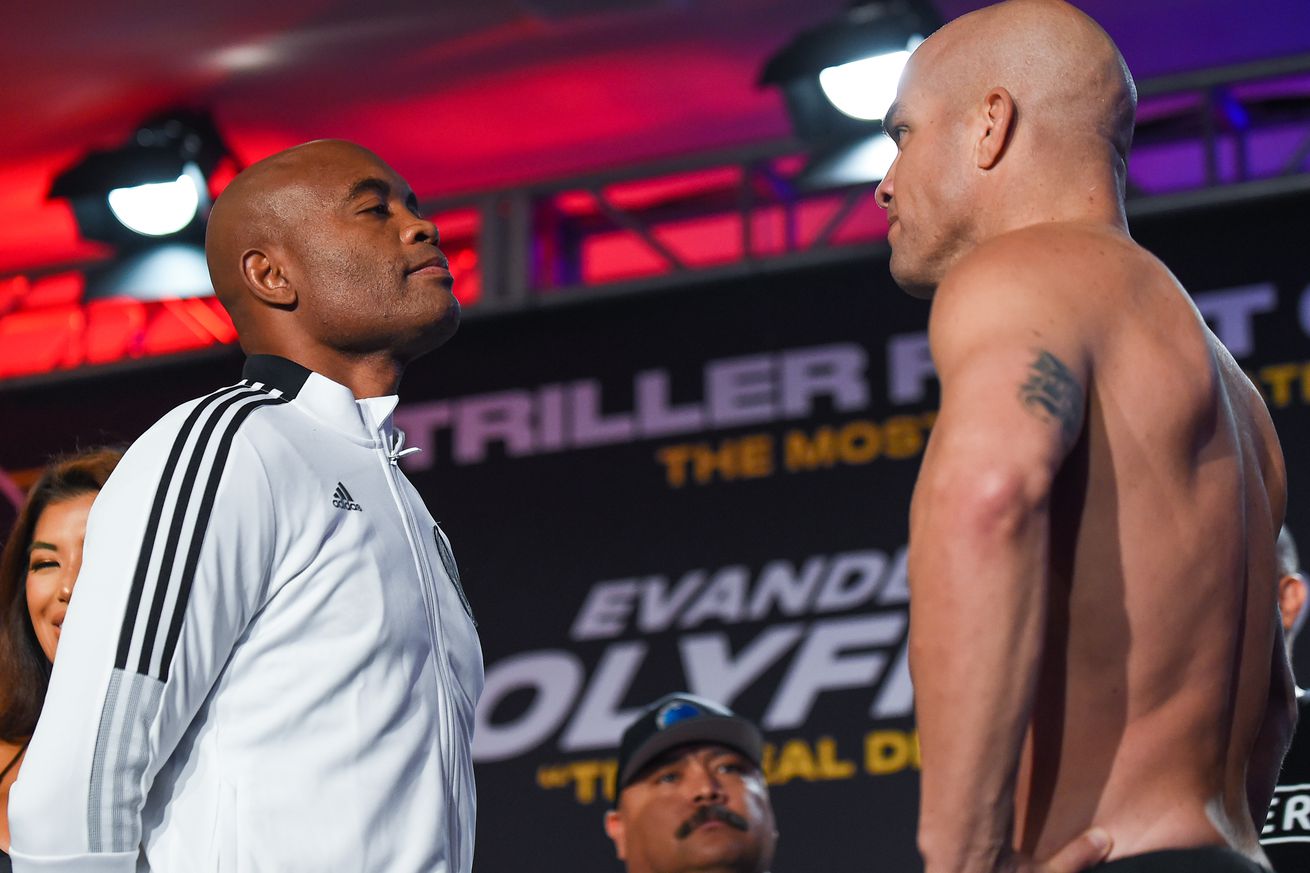 Get the Full StoryAnderson Silva and Tito Ortiz face off ahead of their Sept. 11 boxing match in Hollywood, Florida. Photo by Eric Espada Getty Images

You signed the contract. It s 195. Why don t you make your weight? Anderson Silva can t understand Tito Ortiz s concerns about respect when The Huntington Beach Bad Boy couldn t even make weight for their Sept. 11 boxing match.

The bout is to be contested at 195 pounds but Tito weighed in 5 pounds heavy, hitting the scales at 200 pounds.

Silva believes this is a clear display of disrespect. Why, says Silva, did Ortiz sign the contract if he couldn t make 195 lbs.?

The bout, which will serve as the co-main event for Triller: Holyfield vs. Belfort, marks Ortiz s professional boxing debut. Silva, on the other hand, will enter the bout riding a lopsided decision victory over former multiple-time boxing champ and son of legendary boxer Julio Cesar Chavez, Julio Cesar Chavez Jr.