Lawler: Not many bouts excite me at this age, but Nick Diaz motivates me to do extra 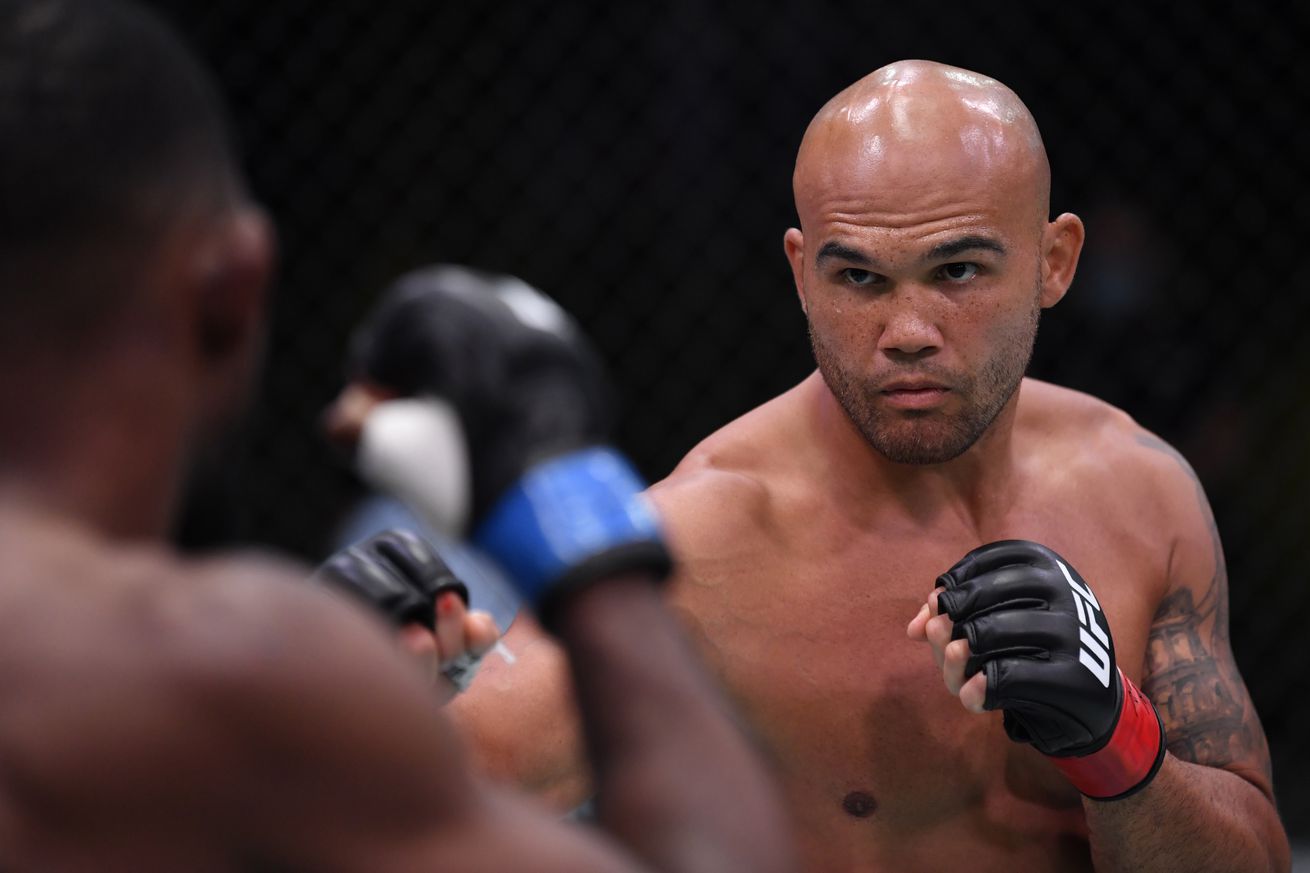 Get the Full StoryRobbie Lawler during his fight with Neil Magny. Photo by Jeff Bottari Zuffa LLC

The former UFC welterweight champion looks forward to sharing the Octagon with Nick Diaz again. Robbie Lawler wanted an exciting name for his return to the Octagon, and he got one in Nick Diaz.

The former UFC welterweight champion has not fought since losing a unanimous decision to Neil Magny at UFC UFC Fight Night: Smith vs. Raki last August. Lawler was supposed to meet Mike Perry just three months later at UFC 255, but was forced to withdraw from the fight after suffering an undisclosed injury in training.

The injury was not too serious, however, and Ruthless expected to fight again as early as February of this year. That did not happen and there had been no word on when Lawler was to make his next appearance, before it was reported that he would be fighting someone he was already familiar with in Diaz at UFC 266.

Lawler and Diaz shared the Octagon over 17 years ago at UFC 47, where the Stockton native finished the fight by way of second-round technical knockout. Considering how wild the exchanges were prior to the finish, a rematch between the two welterweights was always yearned for but never delivered until now.

Times have changed since then and both fighters have gone on very different career paths, so Lawler naturally has a new perspective on the fight. Speaking recently to Mike Heck of MMA Fighting, Lawler explained why the rematch feels completely different to him.

Yeah, because it happened so long ago, said Lawler. Our skills have evolved so much since that time. But obviously, the fans are excited. This is a fight and he s a big name, so I ve been training hard.

It feels a little different to the extent that I m doing extra, continued Lawler. What I mean by extra is, at this age, it takes a lot for me to take a fight. I m just not going to fight anybody because it s taking time away from my family and you kind of have to be selfish, spend a lot of time on yourself in training. So he s definitely a guy and a name that s getting me up and into the gym every day.

Lawler also explained how much more driven he was when Diaz was offered to him as a potential opponent. The 39-year-old who has had his fair share of memorable fights said that he now wants names that can and will motivate him at this stage of his professional career.

If I m not excited about it, then whatever, said Lawler. If I m excited, then I m willing to put in the time, get in there and grind away. I m going to be training, but there s a different level of training for a big fight. And I want time in advance, eight to ten weeks of just putting in the time and Nick Diaz is a that got me to put stuff down and get in there and focus. You never know.

UFC 266 takes place on Saturday, Sept. 25 live from the T-Mobile Arena in Las Vegas. The event is headlined by a featherweight championship fight between Alexander Volkanovski and No. 2 ranked contender Brian Ortega.