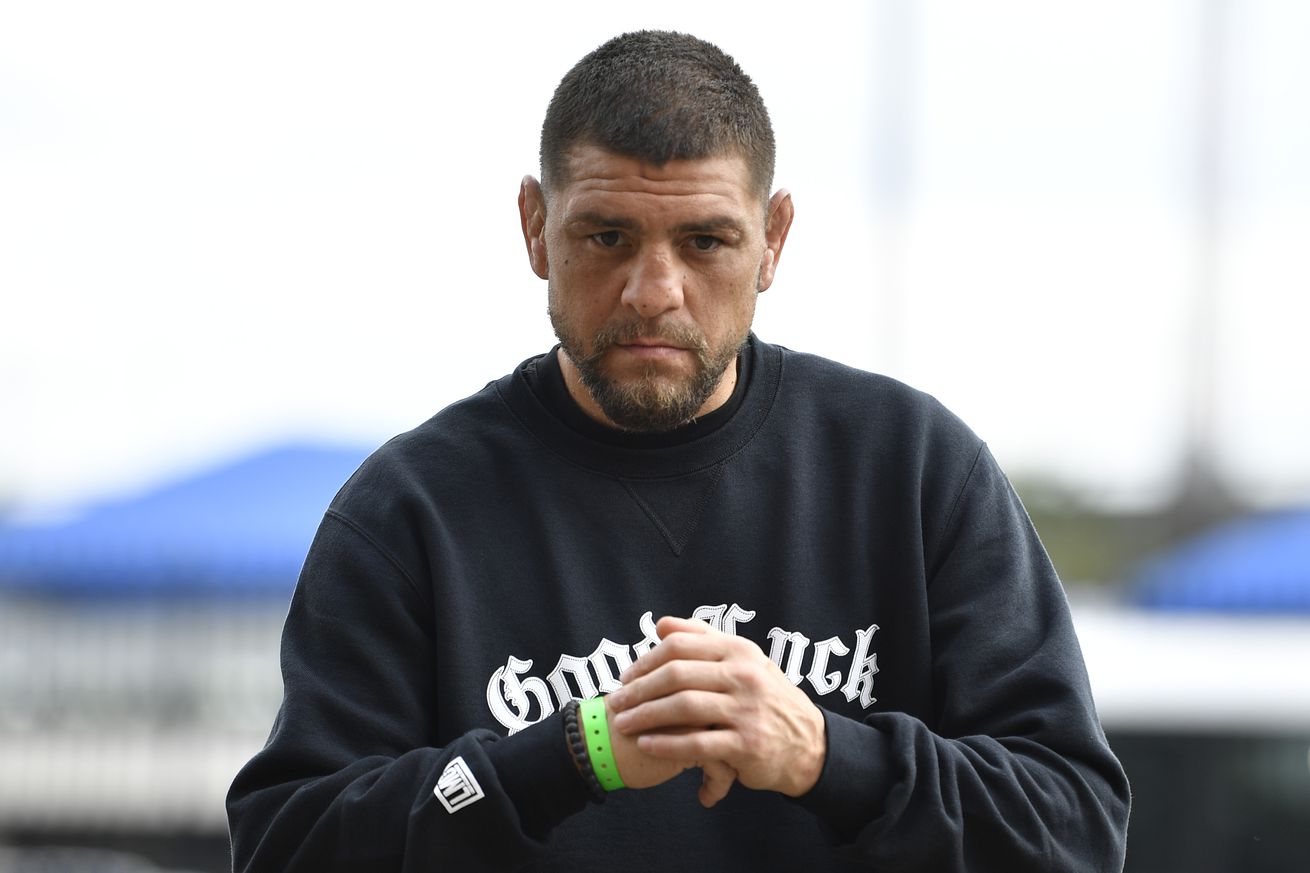 Get the Full StoryNick Diaz attends the UFC 261 weigh-in to support his younger brother, Nate Diaz, ahead of his welterweight fight against Leon Edwards. Photo by Chris Unger Zuffa LLC

Diaz might not have won a fight in almost a decade and been in MMA limbo for the last six years, but the former Strikeforce welterweight champion remains one of the most popular fighters in the UFC.

Melendez understands that Diaz brings eyeballs to the sport and thinks a welterweight title fight against the winner of Usman-Covington 2 would be a win for everybody.

It s huge. It s a win for everybody, Melendez told MMA Fighting s Damon Martin in a recent interview. If I m Brian Ortega and Alexander Volkanovski, I m pumped that I have these guys on the card that I m headlining. These guys are going to bring eyeballs to me. If Nick is successful and he wins, of course, he s in title contention. Everyone s going to campaign to fight him. Everyone wants to challenge the legend. It only brings your stock up.

We recognize now we re not in the fight business, we are in the entertainment business. So you have to be a great fighter but you also have to entertain. You could be Conor McGregor with a 1-2 record and come back and just sell out arenas and they re going to get the right fights because of that. So yes, it would be huge for Nick to be back, to win. All of a sudden, he might be directly for a title shot.

Diaz-Lawler 2 was recently bumped up to middleweight so it s highly unlikely that Diaz will fight for the welterweight title win-or-lose at UFC 266.

The highly anticipated pay-per-view, which features Lawler vs. Diaz on the main card, takes place Saturday, Sept. 25 at the T-Mobile Arena in Las Vegas, Nevada.