Andrade open to fighting from 115 to 135 lbs, calls Calvillo bout a test 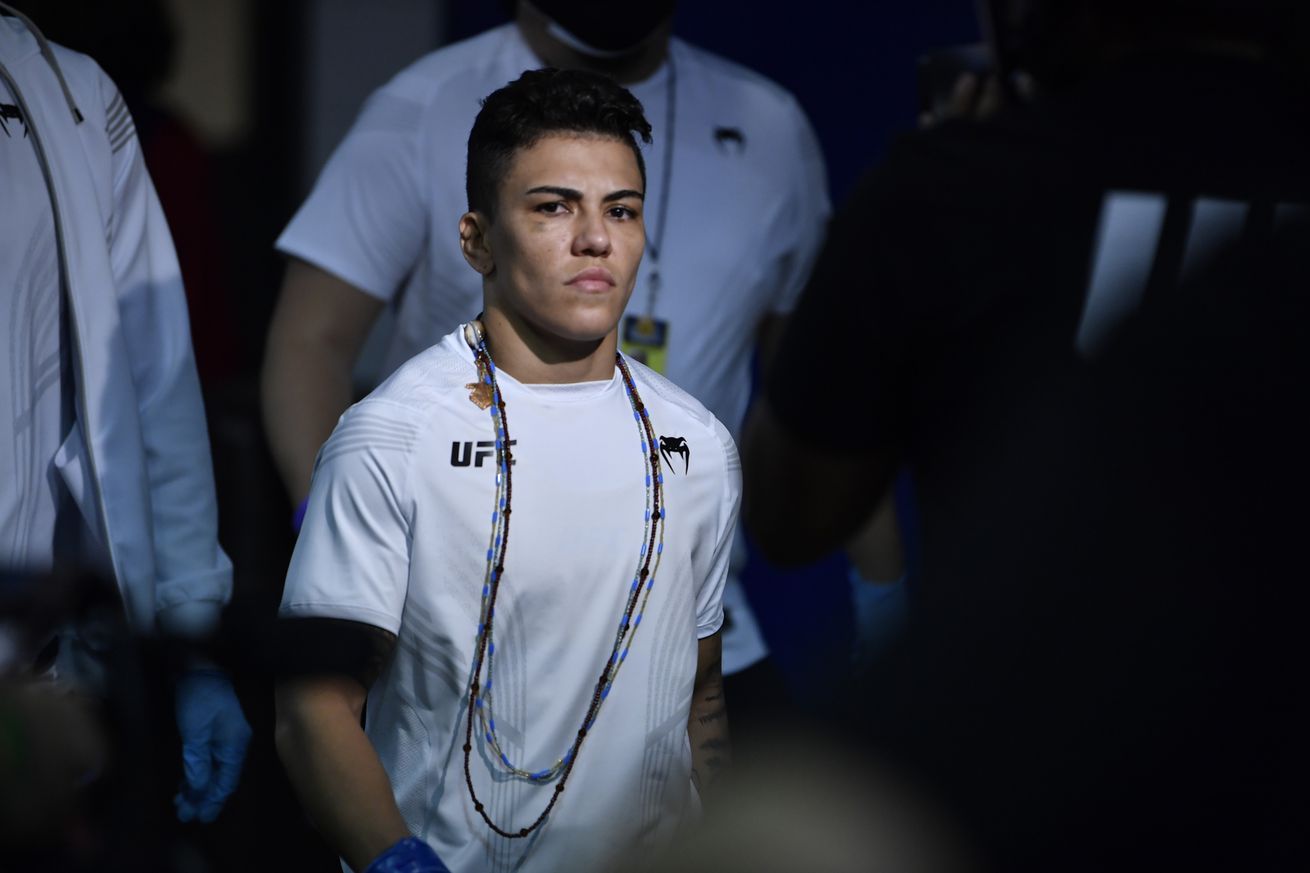 Get the Full StoryJessica Andrade is set to face Cynthia Calvillo at UFC 266. Photo by Chris Unger Zuffa LLC

Jessica Andrade wants to keep her choices open ahead of her Cynthia Calvillo fight at UFC 266. Former UFC strawweight champion Jessica Andrade has a lot of plans for her career. Paired up against Cynthia Calvillo for a flyweight bout at UFC 266, Bate Estaca has no hopes of scoring a second title shot in the division even with a highlight reel win, but wishes to get at least into contention again.

Although her plans seem to currently be all about fighting for the 125-pound strap again, Andrade does not rule out going back to strawweight at some point, should the opportunity emerge. In an interview with Combate, the Brazilian explained she would have no problem going back and forth between both weight classes, or even bantamweight.

According to my plans, it may take a while before I fight Shevchenko again , Andrade said. I d like to have a title shot against Namajunas or Zhang at strawweight. Of course there s Carla Esparza in the way, but I ve talked to my coach and he came up with the possibility that I could fight Esparza in a title eliminator. If the UFC doesn t give me that chance, they might give me the Shevchenko fight if I knock out Calvillo and get past Jennifer Maia. There may be a Brazilian duel coming up to see who would have the chance to fight Valentina again.

I ve already told the UFC that I could be wherever they needed me, Jessica continued. If they need a last-notice replacement at bantamweight, I m here in Vegas, ready for everything. If they give me the chance, I d fight at both divisions always.

One of the most powerful strikers in all of women s MMA, Andrade hopes to score another knockout win, but knows she must be ready for Calvillo s takedowns. While Jessica feels ready to pick up a much needed win on Saturday, she also sees the Cyntha pairing as a termometer for her skills.

I know she s an excellent grappler, Andrade said. :She has great wrestling, I have to be careful around that. I ve had that experience in my last fight, though. I ve been practicing my hand fighting a lot, takedown defense. My boxing is improving, I think that ll be a great development for my fighting style, to get out of the way of strikes, my footwork, even takedown defense. You have to keep circling and not give your opponent the chance to grab you against the cage and take you down. I think this is going to be a great fight to test myself, my boxing and my development.

In her last outing, Andrade 21-9 came up short in her title shot against Shevchenko, losing via TKO back in April. Before that, the 29-year-old had picked up a TKO win over Katlyn Chookagian in her flyweight debut, back in October 2020.

Now, Andrade is expected to meet Calvillo at UFC 266, in Las Vegas, on September 25. The card is scheduled to be headlined by a featherweight title fight between the champion, Alexander Volkanovski, and challenger Brian Ortega.