White: Jones has a lot of demons, this is expected when he s in Vegas 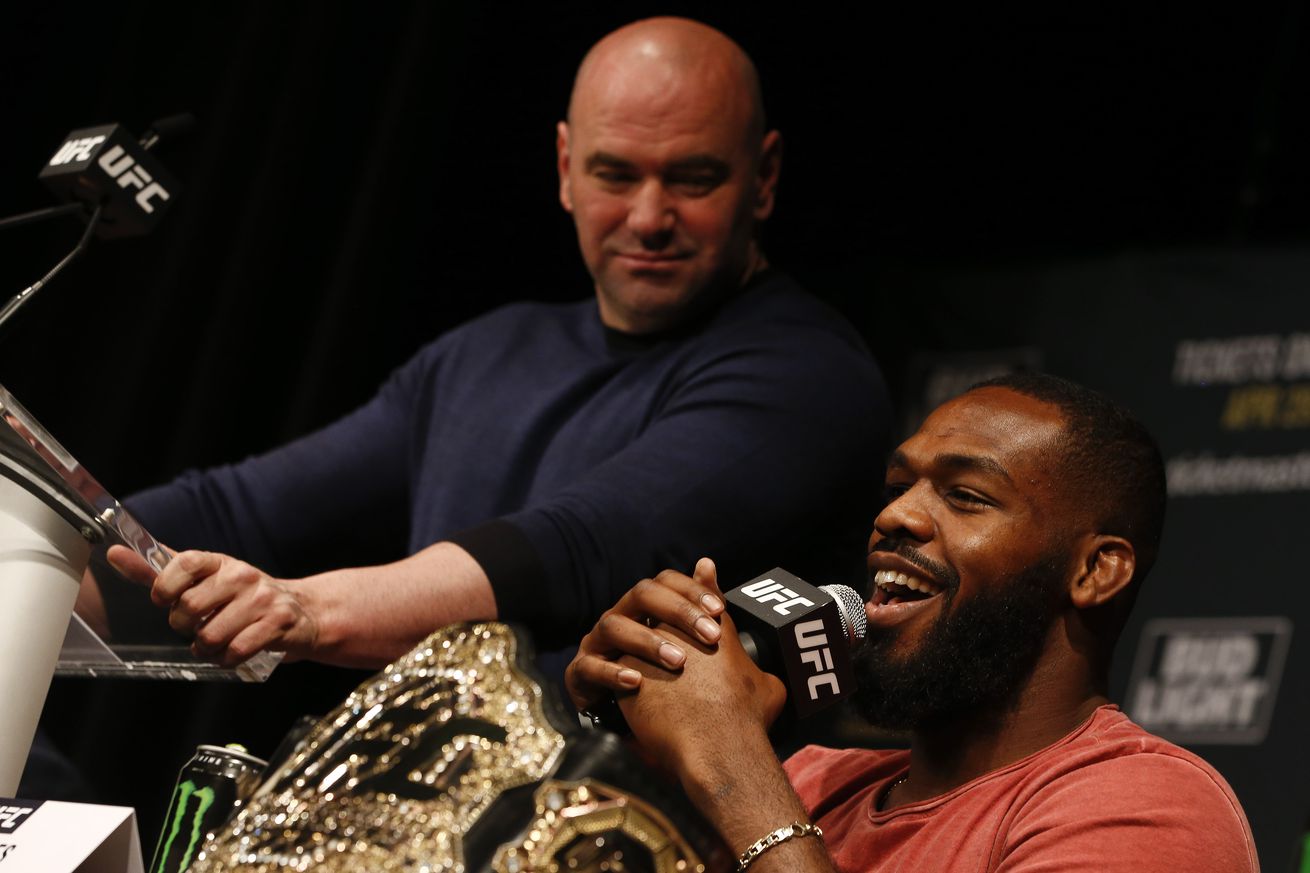 Get the Full StoryPhoto by Jeff Zelevansky Getty Images

Dana White reacts to Jon Jones latest arrest. Jon Jones was honored in the UFC Hall-of-Fame for his classic bout against Alexander Gustafsson. He also revealed that UFC negotiations are finally going well, and he s optimistic that his heavyweight debut will be finalized soon.

Just as things seem to have been looking up for the decorated former champion, Jones got himself in trouble and has been arrested, again. Just a few hours after the Hall-of-Fame ceremony in Las Vegas, Jones was arrested and charged with battery domestic violence and injuring and tampering with a vehicle.

Dana White, who has dealt with a fair share of Jones legal and professional issues, said this was par for the course when the former champion and Vegas are involved.

Let s see how this plays out legally for him, and where this ends up going, White told the assembled media. It s hard to bring this guy to Las Vegas for any reason.

This city is not good for Jon Jones, and here we are again. It s not even shocking anymore. When we bring him here, it s almost expected. You can t even get him to Las Vegas for less than 12 hours to induct him into the hall-of-fame. It s a problem.

Is it really shocking anymore? It s really not. It s become not shocking. It s almost like uh oh, he s in Vegas again, what s gonna happen today? You want to hope that the guy is better, and that won t be the case, but he proves every time he comes to this town that he can t handle this place.

Dana White on Jones's arrest: "Is it really shocking any more? It's really not. It's become not shocking, it's almost like 'uh oh, he's in Vegas again, what's gonna happen today?'... He proves every time he comes to Vegas that he can't handle this place." via BenBeaudoinRDS pic.twitter.com vHaLWxLSvX Aaron Bronsteter aaronbronsteter September 25, 2021

Jones has been arrested multiple times before, including a 2012 DWI arrest, a 2015 hit-and-run on a pregnant woman, a 2019 battery charge in a strip club, and another 2020 arrest for DWI and negligent use of a firearm.

Interestingly enough, those arrests happened in New Mexico where he currently lives, and one in New York where he grew up. With the way White describes things though, he s seemingly implying that there were much more issues that just didn t lead to arrests or became public.

Jones fought eight times in Las Vegas during his career. Apart from his legal issues, he also had four UFC events mired with drug testing controversies and was stripped of his light heavyweight title on three separate occassions.