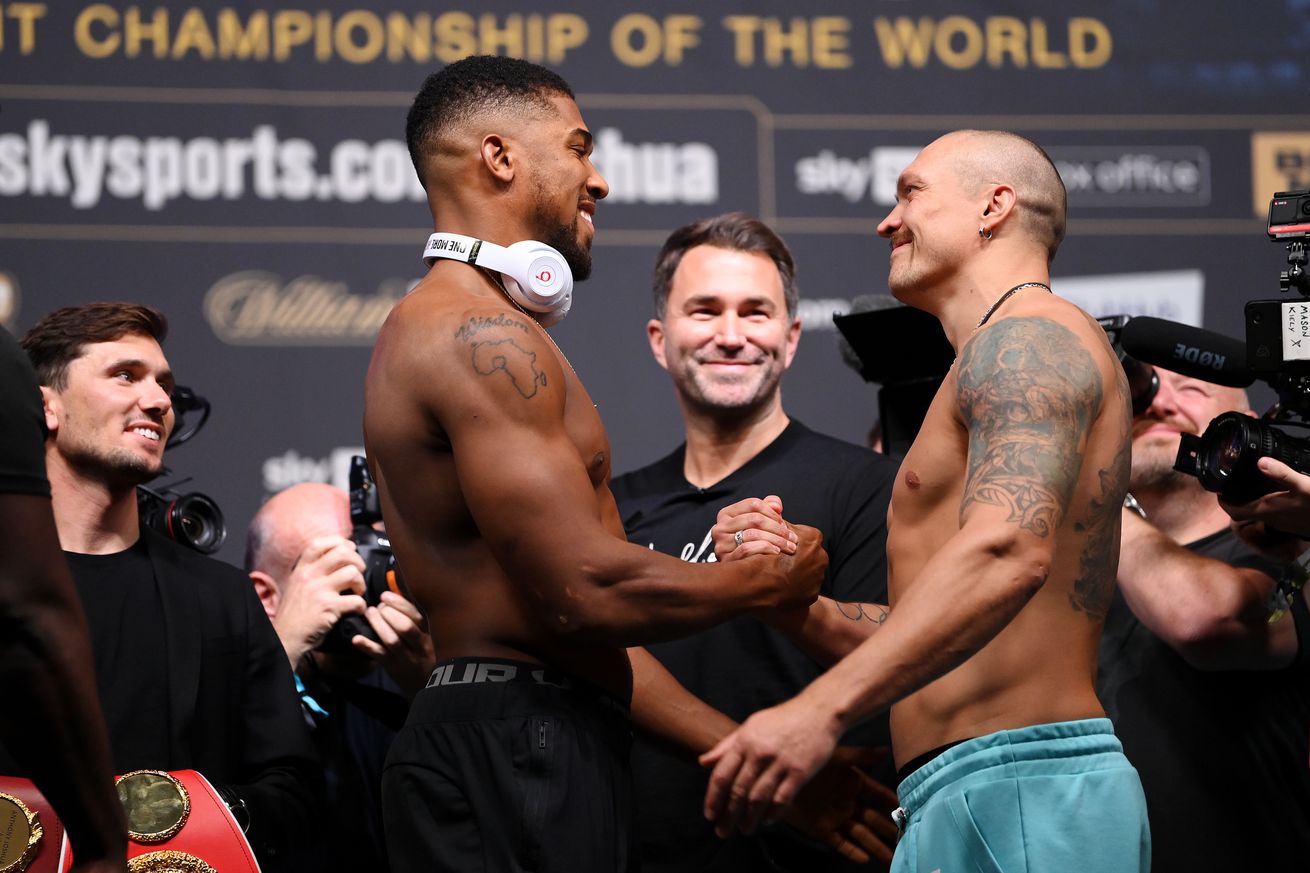 Live results and coverage of the unified heavyweight title fight between Anthony Joshua and Oleksandr Usyk. It s a huge fight day!

Not only is UFC 266 this evening in Las Vegas, but the unified WBA, WBO, and IBF heavyweight champion Anthony Joshua 24-1, 22 KOs is set for a massive showdown with WBO mandatory challenger and former undisputed cruiserweight champion Oleksandr Usyk 18-0, 13 KOs

No we didn t get Anthony Joshua vs. Tyson Fury like we hoped, but as Fury deals with his trilogy with Deontay Wilder in two weeks, Joshua vs. Usyk is still a big deal. These are two Olympic gold medalists who have been outstanding as professionals, with Usyk conquering cruiserweight and unifying the entire division s belts in 2018 before his heavyweight move in 2019. Joshua hasn t fought since he KO d Kubrat Pulev last December, whereas Usyk has been out since a decision over Dereck Chisora in October.

If Usyk wins he ll once again prevail in enemy territory, just as he did vs. Murat Gassiev in Russia in the World Boxing Super Series final and Krzysztof Glowacki in Poland to win his first world title. Should Joshua win, we inch closer to a superfight with either Fury or Wilder.

Main card action starts at 1 PM ET 10 AM PT. Join Bloody Elbow for live coverage of the DAZN streamed main event unless in the UK, in which case order through Sky Box Office PPV , which starts at approximately 5 PM ET 2 PM PT or later depending on the length of the undercard fights. Play-by-play will only be provided for the main event.