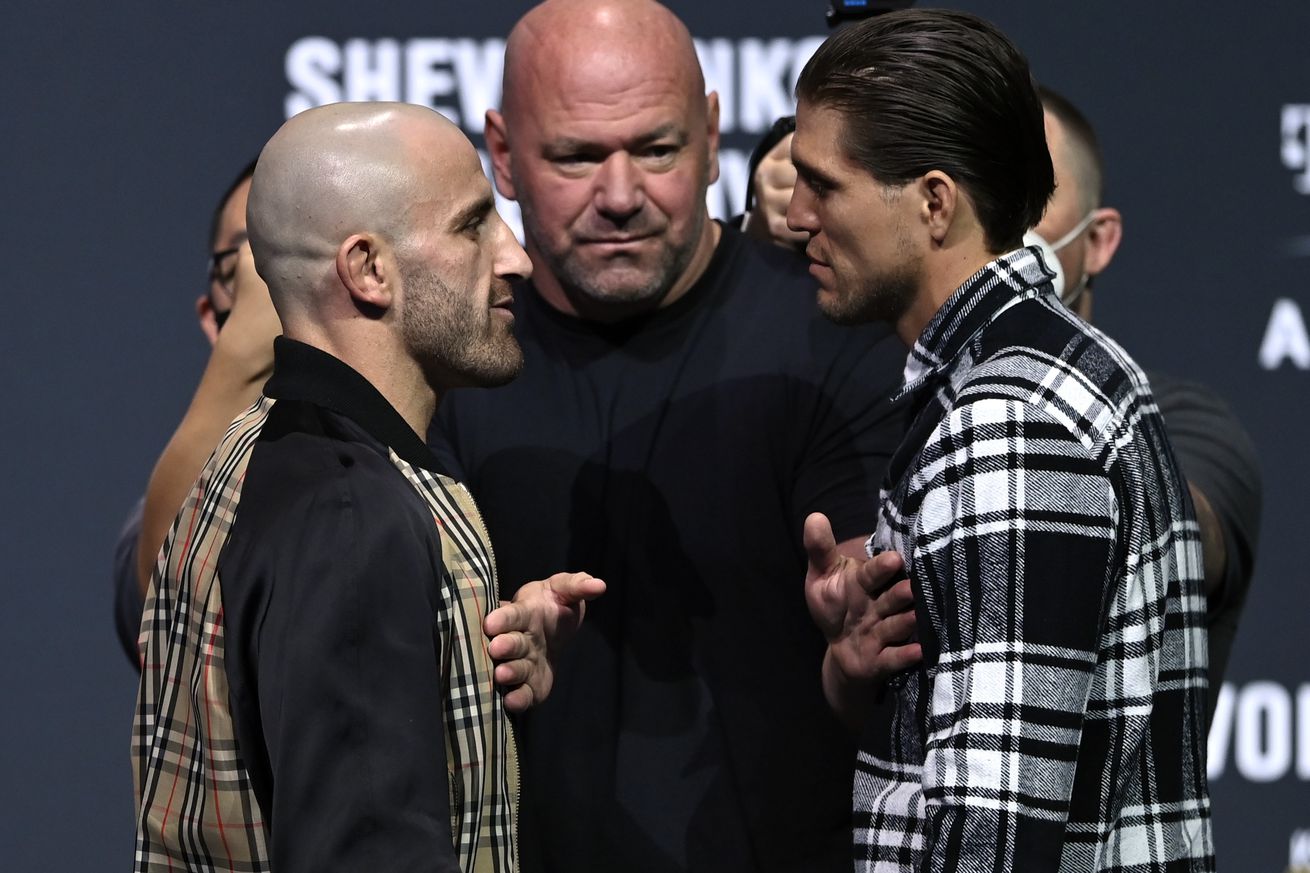 Get the Full StoryAlexander Volkanovski and Brian Ortega face off after the UFC 266 press conference. Photo by Jeff Bottari Zuffa LLC

Alexander Volkanovski and Brian Ortega were initially scheduled to fight at UFC 260 this past March, but the featherweight champion tested positive for COVID-19 and was forced to withdraw from the event a week before it took place. The fight was postponed and both men were announced as coaches for The Return of the Ultimate Fighter, which meant Volkanovski and Ortega would not share the Octagon until September. A season of filming in close proximity has only strengthened their immense dislike of one another, so the fight feels bigger than when it was first booked.

Volkanovski returns from one of the longest periods of inactivity in his professional career and looks to successfully defend his title again. The championship run of The Great has revolved around one man thus far hi, Max Holloway and he can now move forward following those back-to-back decision wins with a new challenge in Ortega.

Ortega rebounded from a demoralizing loss to the aforementioned Holloway with a stunning unanimous decision win over Chan Sung Jung nearly a year ago. The new, improved T-City was a sight to behold as he proved that he was more than a dangerous submission specialist with an affinity for guillotine and triangle chokes. Ortega earned another championship opportunity with his performance against Jung, so the second time could be the charm for the Gracie fighter.

A fight with high stakes and bad blood is always must-see and Volkanovski vs. Ortega is no different.