Ortega reacts to loss to Volkanovski: That little bastard is tough as hell 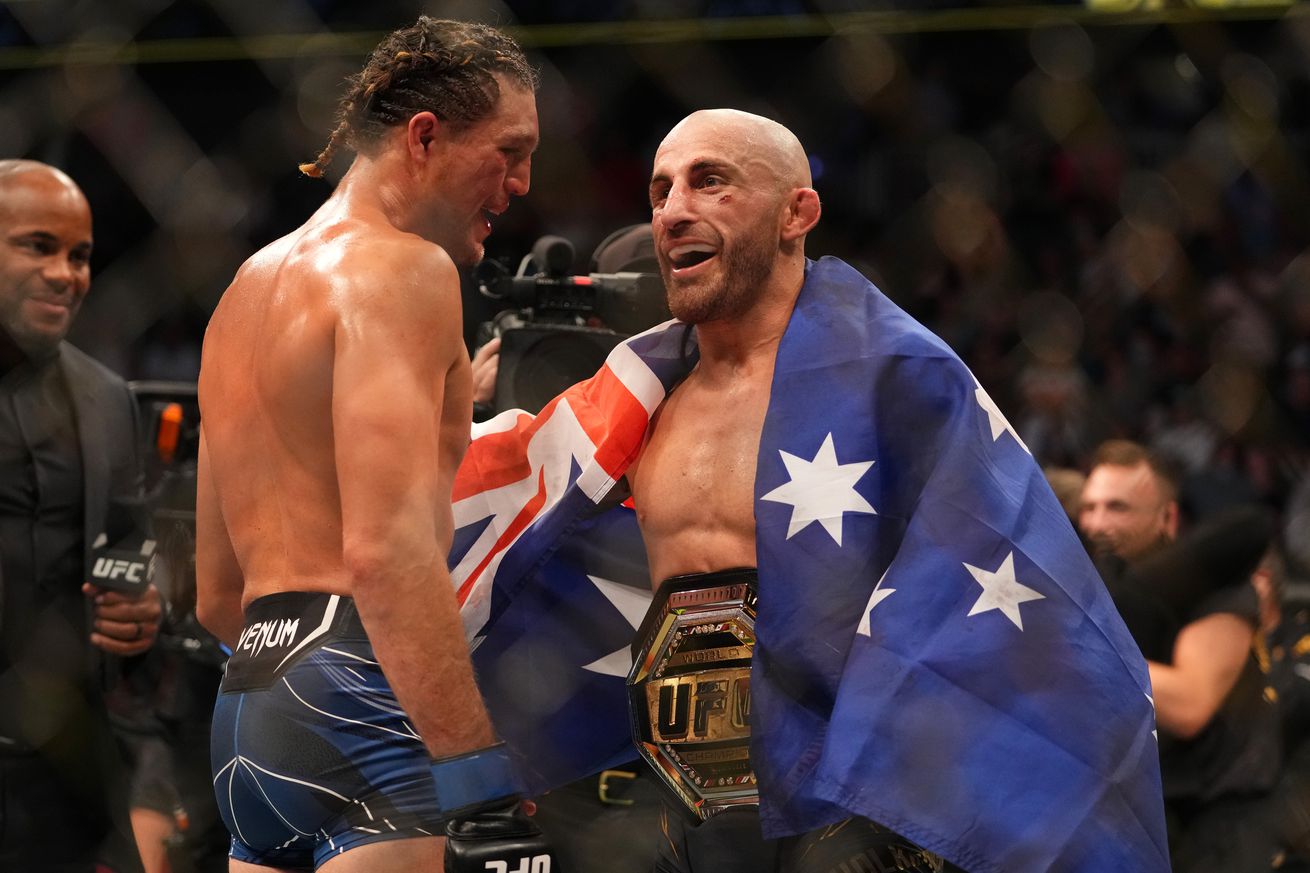 Get the Full StoryBrian Ortega speaks to Alexander Volkanovski following their five-round war in the UFC 266 main event at T-Mobile Arena in Las Vegas. Photo by Cooper Neill Zuffa LLC

Still, T-City will not be deterred despite coming up short for a second time in his bid to become UFC featherweight champion.

Ortega has vowed to reclimb the featherweight ladder once more and gave full credit to Volkanovski for surviving his vicious guillotine attempt in the third round.

I thought it was done, Ortega said in his post-fight interview with DC h t MMA Junkie . That s what we train for exactly, my whole camp. Like I said, I was trying to come for his head but that little bastard is tough as hell, man. I wrapped onto that neck. I tried to squeeze it. Trust me, I tried to finish him. I heard him gargling and he f cking slipped out and I was like, F ck. This guy, he s a champ for a reason, Ortega said. Nothing but love for him. Nothing but respect. I know we ve had our sh t, but it was whatever.

Everyone out here, man. I love you guys from the bottom of my heart, he gestured to the crowd. You guys make me feel so happy in here. Every time I fight, you guys cheer me on. You re the best. No matter what, I m always here to put on shows for you guys. It s time to go back in there, time to climb this ladder, get better, and you see it, man. I m evolving, evolving. Even though we come up short, we re not defined by how we lose but how we get up and overcome that sh t, you know? That s our Mexican heart for you. Thank you guys from the bottom of my heart.

Ortega lost the fight via unanimous decision but displayed tremendous heart and fortitude as well as showing class in defeat. Both men walked away with a cushy 50,000 Fight of the Night bonus for putting on one of the most exciting title fights in UFC featherweight history.