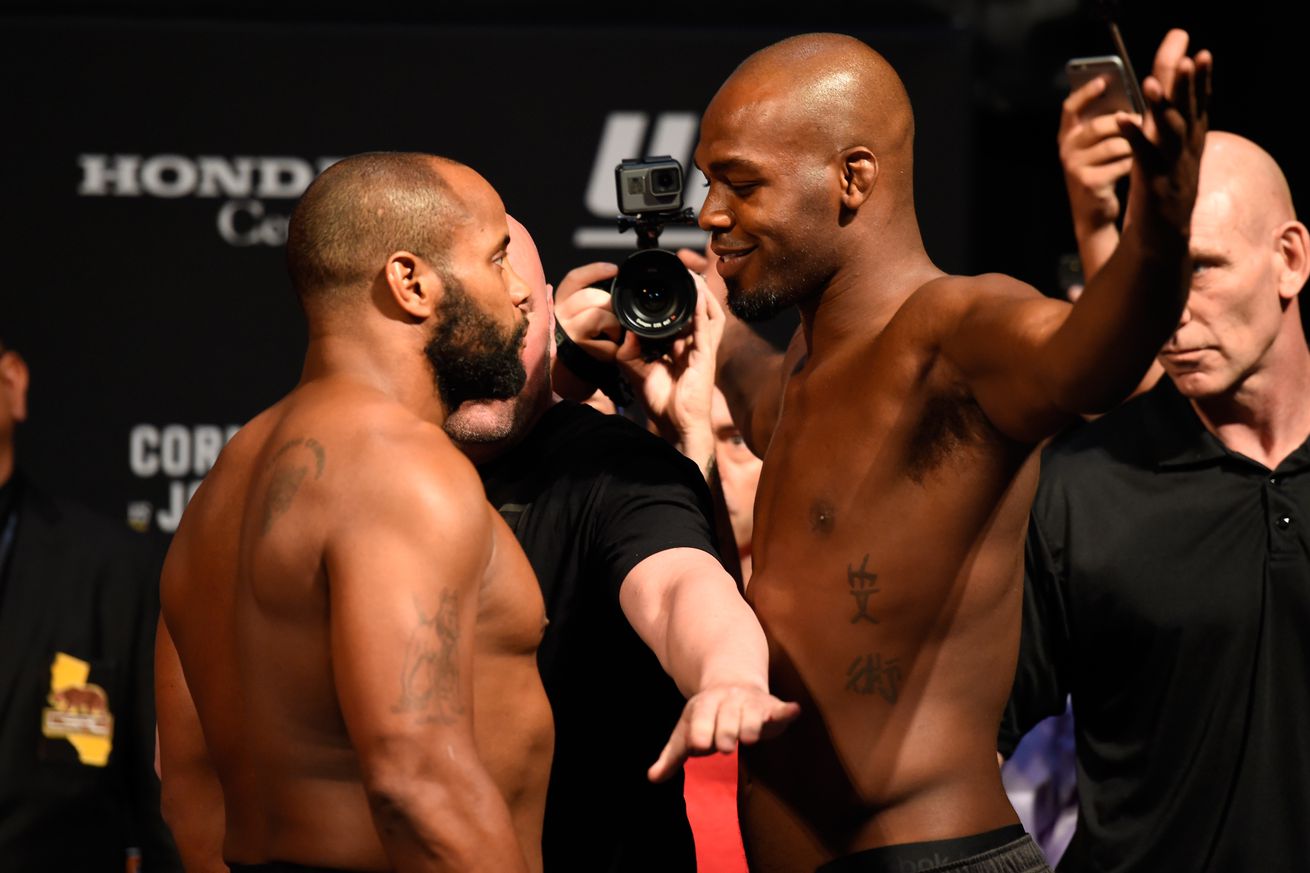 Get the Full StoryDaniel Cormier and Jon Jones before UFC 214 in 2017. Photo by Josh Hedges Zuffa LLC Zuffa LLC via Getty Images

A major newspaper in Canada might have published a shot of Cormier while reporting on Jones latest arrest. This week Jon Jones made headlines for all the wrong reasons again when he was arrested and charged with battery domestic violence and damaging a vehicle. A report obtained from Las Vegas Metro Police accused Jones of pulling his fiancee s hair, which lead to the couple s child asking Caesars Palace security staff to call 911.

That police report also states that Jones fiancee had a swollen and bloody lip and blood on her clothing. Though, she maintained that Jones didn t hit her.

The latest criminal charge to hit Jones was heavily reported on outside of the MMA media bubble. However, that seems to have lead to an unusual goof-up from one newspaper in particular.

Former UFC title challenger Patrick Cote recently took to Twitter to put Le Journal de Quebec on blast. Good job, he wrote alongside the face-palm emoji, over top of an image purportedly from that paper showing former UFC heavyweight and light heavyweight Daniel Cormier in their coverage of Jones arrest.

As you can imagine, DC was also not thrilled. He wrote, This is not cool!

Bloody Elbow reached out to Le Journal de Quebec for an explanation of how this happened. At this time of writing there has been no response.

Presumably, since Cormier and Jones have had an extensive and storied history someone with little MMA knowledge might have found a lot of Cormier pictures while searching for Jones in their image database.

The pair fought each other on two occasions three if you include a brawl at a media event . Their first fight, at UFC 182 in 2015, resulted in a unanimous decision win for Jones and a defence of his UFC light heavyweight title.

Soon after this Jones was involved in a hit-and-run incident that saw him stripped of the belt. He next met Cormier at UFC 214 in 2017 after their fight at UFC 200 was called off due to Jones testing positive for a number of banned substances . That fight ended in a KO win for Jones and saw him take Cormier s 205 lb title. However, the fight result was later overturned to no contest after Jones tested positive for a turinabol metabolite.

After Jones most recent run-in with the law Cormier slammed his former rival, calling the details around his arrest awful . Cormier also advocated for the UFC to enforce its code of conduct against Jones, something that could see Jones removed from the promotion.