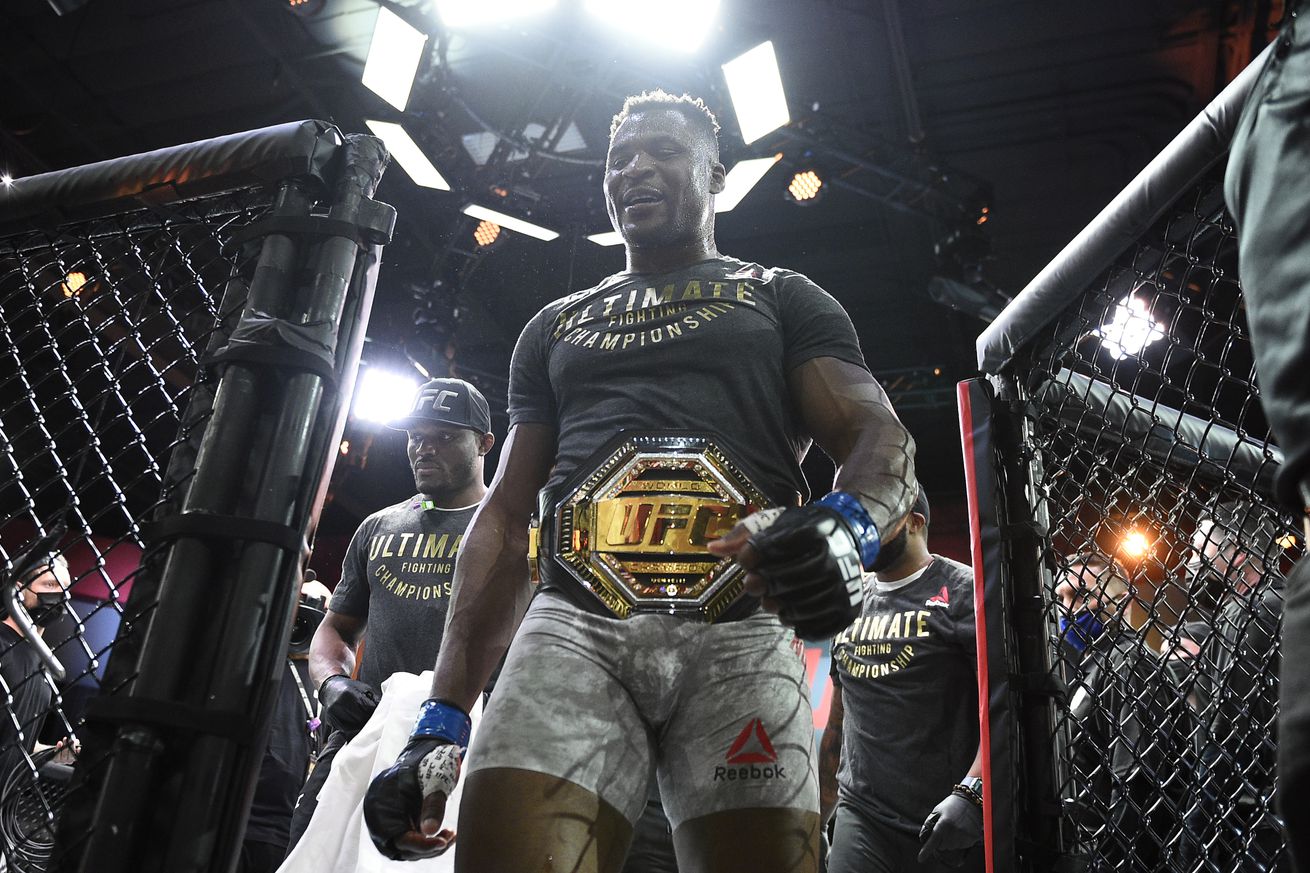 Get the Full StoryFrancis Ngannou leaving the Octagon following his fight against Stipe Miocic at UFC 260. Photo by Chris Unger Zuffa LLC

French media outlet La Sueur reported that Ngannou and Gane will meet at UFC 270, the upcoming pay-per-view event scheduled for Jan. 22. Additional reporting from Farah Hannoun of MMA Junkie confirmed that the fight is close to being finalized. The location and venue of the event has not yet been announced by promotion officials, however, the initial report from La Sueur revealed that Las Vegas is likely to serve as host.

Ngannou claimed the heavyweight championship this past March at UFC 260, where he stopped Stipe Miocic by way of second-round knockout in their rematch stemming from 2018. Prior to the win over Miocic, the Predator rattled off four first-round knockouts over Curtis Blaydes, Cain Velazquez, Junior dos Santos and Jairzinho Rozenstruik, with three of those earning him Performance of the Night bonuses.

Ngannou was expected to defend his championship against a familiar name in Derrick Lewis this summer, but was unable to make the date being offered. Because of that situation, an interim title was created and Lewis would instead meet Ciryl Gane in August.

Gane signed to the promotion over two years ago and quickly became a contender within a few fights. The undefeated Frenchman submitted both Raphael Pessoa and Don Tale Mayes in back-to-back outings at UFC Fight Night: Shevchenko vs. Carmouche 2 and UFC Fight Night: Maia vs. Askren respectively. He fought Tanner Boser to decision at UFC Fight Night: Edgar vs. The Korean Zombie and was then given a step up in competition against a former champion in Junior dos Santos. Bon Gamin finished Dos Santos and went on to fight and defeat fellow contenders in Jairzinho Rozenstruik and Alexander Volkov this year.

Gane then stunned the aforementioned Lewis and captured the interim title with a third-round technical knockout at UFC 265. He will now share the Octagon with a former MMA Factory Paris training partner in Ngannou, who immediately welcomed the title unification against Gane.

UFC 270 has just a few fights attached to it, but more should be added in the coming weeks. With the addition of Ngannou vs. Gane, here is what the current lineup looks like: