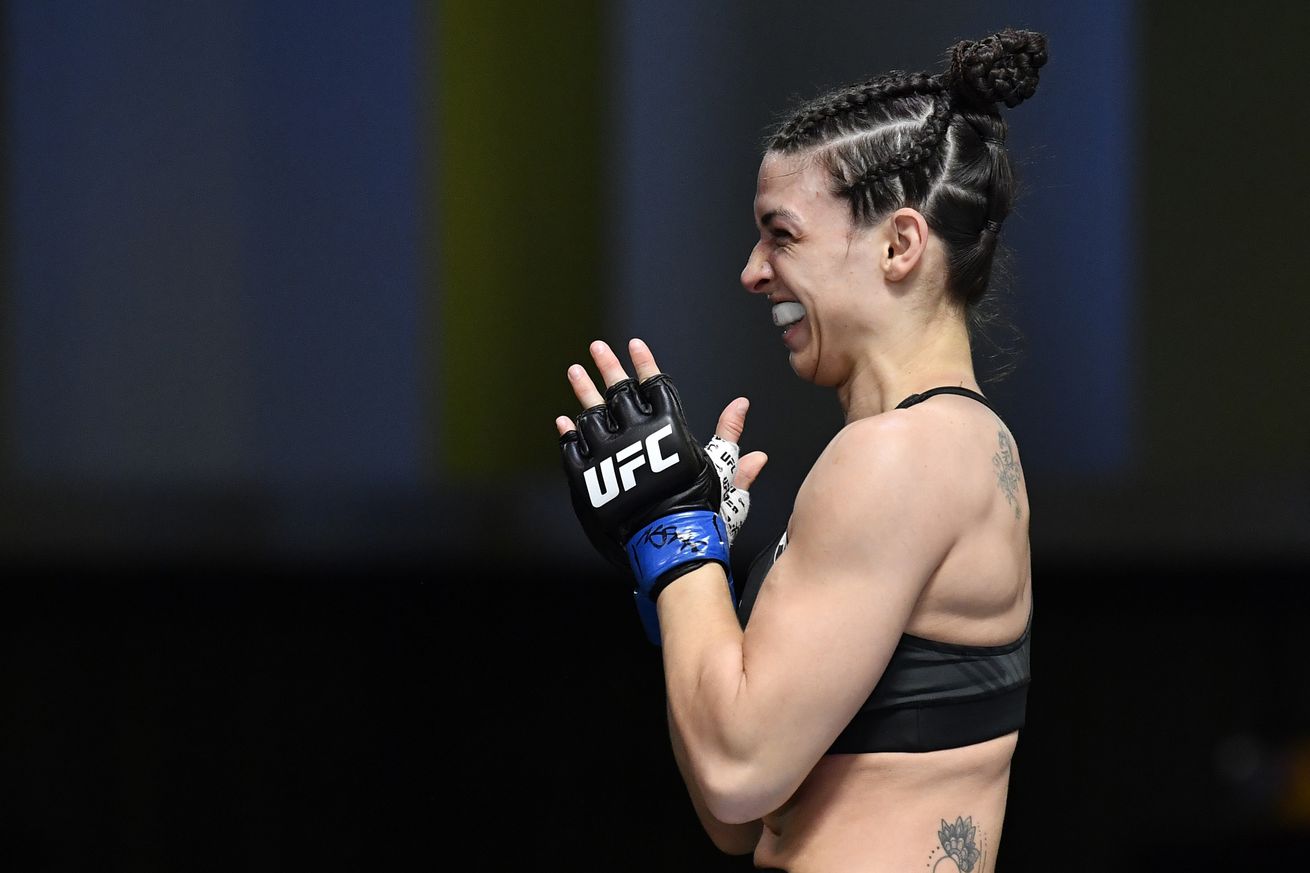 Dern, a vaunted grappler before she dedicated herself to MMA in 2016, has steadily improved her overall MMA game since she joined the UFC in 2018. Dern still relies on her ground skills, as her three first-round submissions in her past four victories can attest, but she is much more comfortable and confident in her striking these days.

That striking could come into play when she faces Rodriguez, who is on a two-fight winning streak heading into Saturday night. Rodriguez upper her profile in January when she scored an impressive knockout win over Amanda Ribas, who was more than a 3-1 favorite in that matchup.

Rodriguez is a very active striker. She lands at a clip of 4.89 per minute and has an accuracy rate of 48 percent. That output should be a concern for Dern, who absorbs 3.57 significant strikes per minute. Dern is going to want to reduce that number as much as she can in this matchup.

This should be a tense fight.