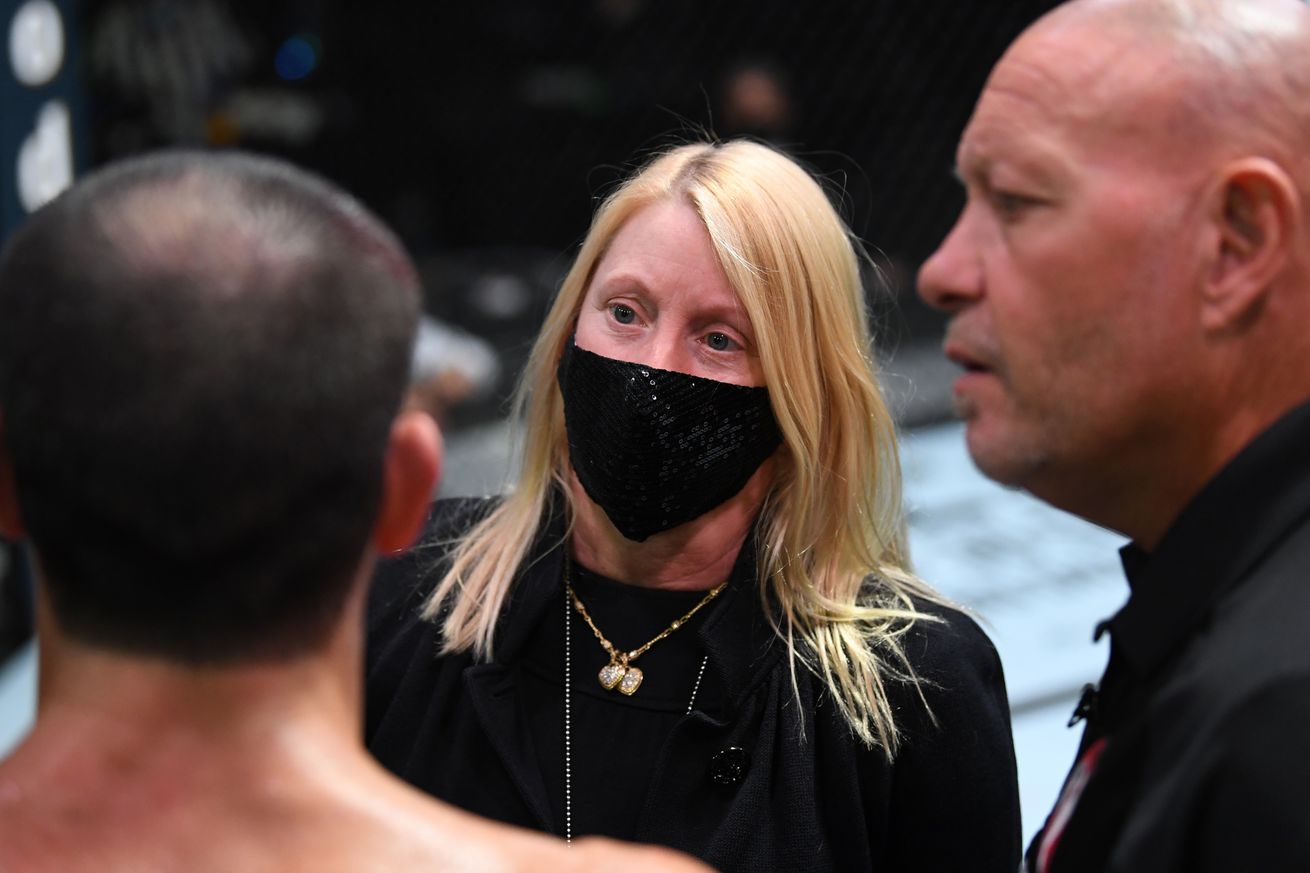 UFC Vegas 39 is in the books, but there are still some questions that need answers UFC Vegas 39 saw Marina Rodriguez continue her ascent of the strawweight rankings with a decision win over Mackenzie Dern in the main event contest. That victory created questions that concern not only Rodriguez and Dern, but also former 115-pound champion Carla Esparza and the upcoming UFC 268 matchup between current champion Rose Namajunas and Zhang Weili.

Below, I consider the questions coming from that fight and several others that arose during UFC Vegas 39, which took place at UFC Apex in Las Vegas and streamed on ESPN .

Is Carla Esparza next?

Carla Esparza, she of the five-fight winning streak, thought the UFC should have booked her to face UFC strawweight champion Rose Namajunas at UFC 268. Instead, the UFC awarded that spot to Zhang Weili, who Namajunas took the title from in April with a 78-second knockout win.

With Marina Rodriguez defeating Mackenzie Dern in the main event of UFC Vegas 39, there s a chance that Rodriguez, who lost to Esparza via split decision in July 2020, could get the nod for the winner of Namajunas vs. Zhang.

In the aftermath of her win over Dern, Rodriguez threw her support behind the former champion getting another shot at UFC gold.

I really think that Carla was the one that should have been getting the title fight now and not Zhang Weili , Rodriguez said at the UFC Vegas 39 post-fight press conference. But if the UFC does offer me a title fight ahead of her, who am I to say no to it?

But I would much prefer to let her go fight for a title, maybe get that belt and then we can do the rematch for the belt. I don t have all the time in the world so she s got to get moving.

What will Dern do about her wrestling?

UFC Vegas 39 was a learning experience for Mackenzie Dern and her team. That lesson they learned was she needs to improve her wrestling especially her takedowns. Dern entered her fight opposite Marina Rodriguez with a very low 10 percent success rate in takedowns. I can understand how it was easy for Dern and her team to overlook that stat because the question of how the fight has made it to the mat has never been important for Dern before. On Saturday it was very important. Had Dern been able to score more than one takedown during the 25 minute fight with Rodriguez her chances of victory would have increased exponentially.

After her loss, Dern called the fight, the biggest learning experience for me.

I expect Dern will look to improve her takedown skills ahead of her next outing.

One positive to take away from the loss is that Dern seems to be very a very coachable athlete. As an example of that, one only needs to consider the progress she has made in her striking game since her UFC debut.

At 28, the book has yet to be written on the upside of Mackenzie Dern in MMA.

Is Marina Rodriguez a candidate for fighter of the year?

Marina Rodriguez began 2021 with a 2-1-2 record. Sure, she was ranked in the top-10 of the UFC strawweight division, but she was at best a dark horse for a shot at UFC gold. Ten months later it appears as if it is a question of when, not if, Rodriguez will get a shot at the UFC s 115-pound title.

Rodriguez moved to 3-0 in 2021 with her win over Dern. She opened the year with a Performance of the Night bonus-winning knockout over the favored Amanda Ribas. She followed that with a five-round decision win over Michelle Waterson in a flyweight bout.

Why did the NSAC nix the idea of James Krause fighting?

UFC Vegas 39 had some drama on weigh-in day. Deron Winn pulled out of his fight against Phil Hawes. The UFC then hoped to replace Winn with former PFL fighter Chris Curtis. Curtis weighed in at 184.5 lbs for the middleweight scrap, but Hawes declined the bout which is his contractual right . It was then that James Krause, who was working Tim Elliott s corner for Saturday s even, offered to step-up and face Curtis.

The NSAC would not allow the fight, which I believe was the correct call. However, I think the NSAC should reveal why it nixed the fight.

Bloody Elbow reached out to the NSAC for a comment on the situation, but has not heard back as of publication time.

Did the UFC approve Krause to fight?

James Krause has not fought in Nevada since he defeated Tom Gallicchio in 2017. If Krause has not kept up his license to fight in Nevada since that scrap, there s no reason the UFC should have been okay with pitching Krause as a replacement to compete on Saturday. If Krause, who has not competed in nearly a year, does not have current medicals with the NSAC, the UFC should not have been okay with him competing.

What makes the idea that the UFC would think a Krause scrap was okay even more egregious is that earlier in the week, UFC president Dana White touted the UFC s health and safety program. Trying to get a potentially unlicensed fighter to compete on incredibly short notice does not seem safe.

Bloody Elbow reached out to the UFC to see if it approved of Krause fighting at UFC Vegas 39. The promotion has not responded at time of publication.

What s up with Jon Anik?

Was it me or did UFC commentator Jon Anik seem a little bit too into all the blood that was spilled during the Damon Jackson vs. Charles Rosa fight?

With Jackson leaking all over the mat due to a nasty cut, UFC commentator Paul Felder noted, You can smell the blood from here. My God.

Anik replied to that comment, with enthusiasm, I love it. LOVE IT.