Opinion: Jon Gruden's words spotlight a much deeper problem for the NFL 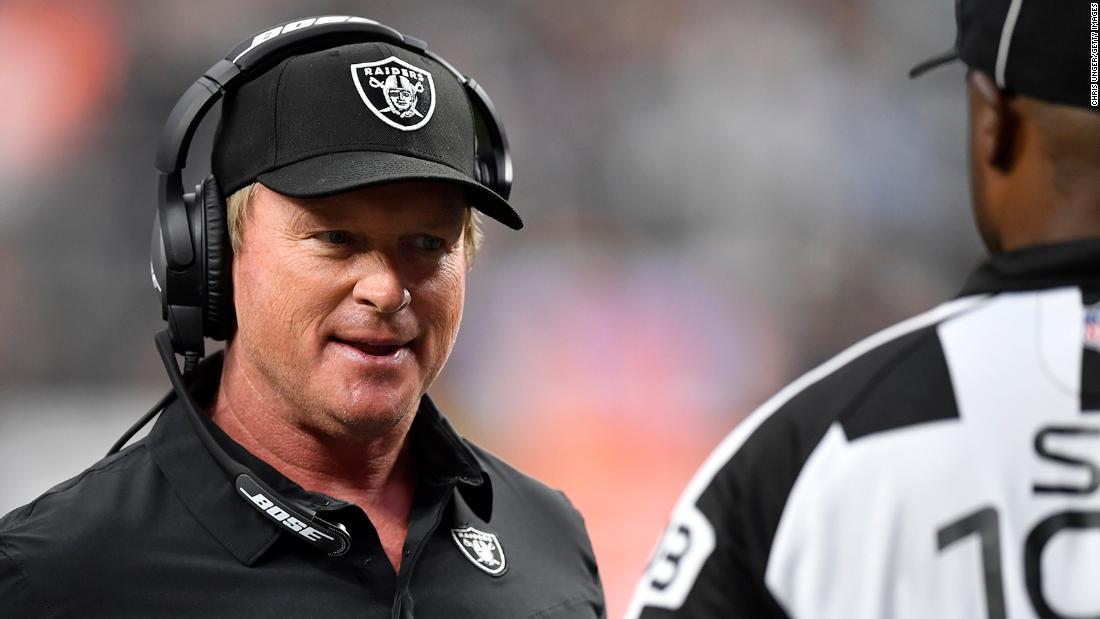 Get the Full StoryA Wall Street Journal report that longtime NFL head football coach Jon Gruden used racist language to characterize the Black head of the NFL players union in an email sent in 2011 demonstrates the distance between the league's efforts to embrace anti-racism and a far more disturbing reality. Gruden resigned Monday as head coach of the Las Vegas Raiders after further reports emerged from the New York Times about his use of homophobic and misogynistic language in emails while he worked as an ESPN analyst. He apologized in a statement issued by the Raiders: "I love the Raiders and do not want to be a distraction. Thank you to all the players, coaches, staff, and fans of Raider Nation. I'm sorry, I never meant to hurt anyone."