Neal vs. Ponznibbio targeted for UFC 269 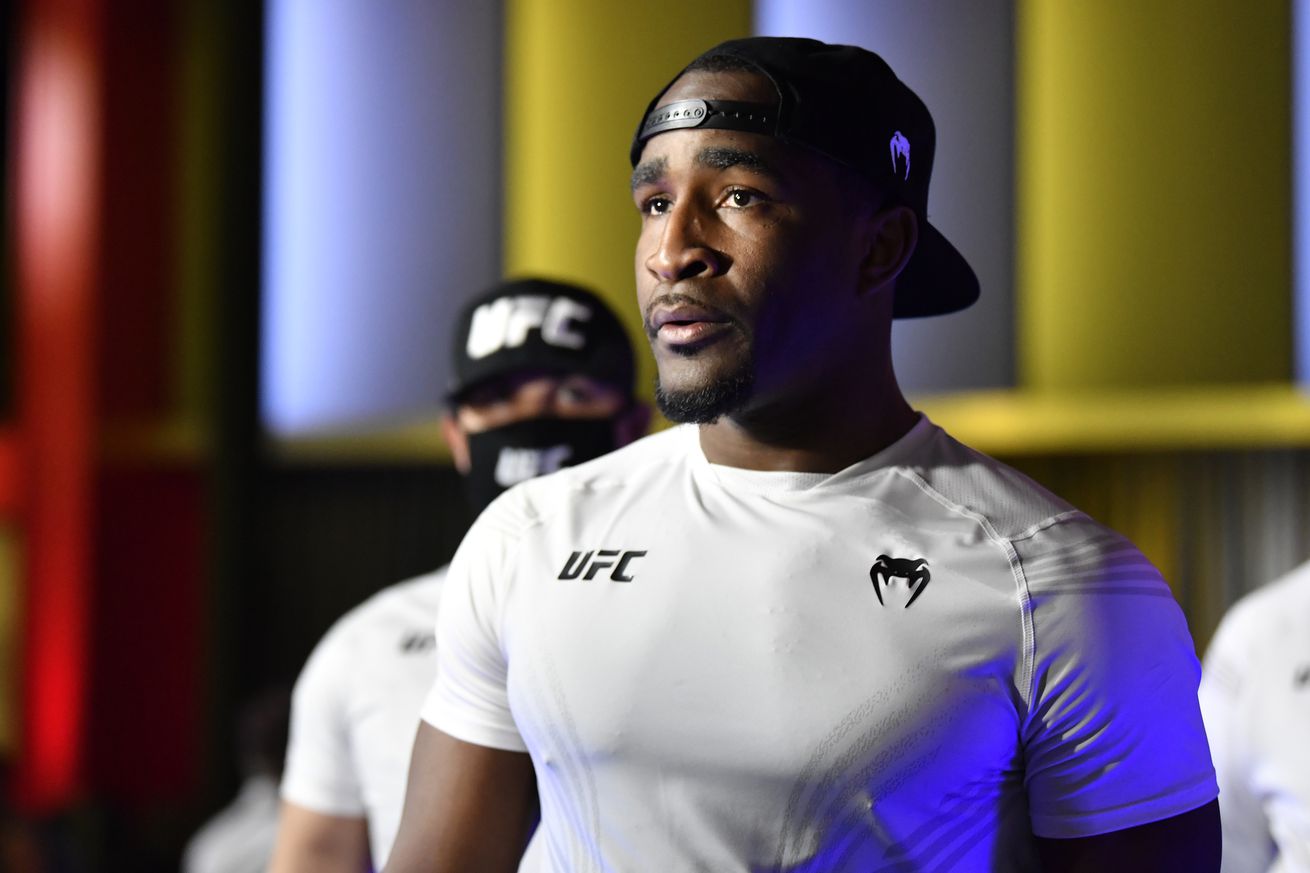 Get the Full StoryGeoff Neal during his walkout to face Neil Magny at the UFC APEX. Photo by Chris Unger Zuffa LLC

An important welterweight bout is on tap for December. According to MMA Junkie two top-15 welterweights have been added to an already stacked card for UFC 269. Geoff Neal vs. Santiago Ponzinibbio is expected to feature at the December 11 event, which is expected to take place at the T-Mobile Arena in Las Vegas.

Before those losses Neal was on a seven-fight winning streak, with the last six all coming inside the Octagon. He joined the UFC off of the Contender Series in 2017. He then submitted Brian Camozzi and KO d Frank Camacho.

In 2019 he took a unanimous decision over Belal Muhammad and then TKO d Niko Price and Mike Perry to launch himself up the welterweight rankings.

Ponzinibbio beat Miguel Baeza in a Fight of the Night in June. That win saw him bounce back from a KO loss to Li Jingliang in January. The fight against Li was the Argentinian s first fight since a two-and-a-half year ordeal battling serious blood and bone infections.

Prior to being sidelined in 2018, Ponznibbio was on a seven-fight win streak with wins over Neil Magny, Mike Perry and Gunnar Nelson. He joined the UFC ranks back in 2013 after appearing on The Ultimate Fighter Brazil season two.

UFC 269 is expected to feature a lightweight title fight in the main event with Charles Oliveira defending his belt for the first time. Dustin Poirier is man slated to challenge him for champion status.

The co-main event is scheduled to be Amanda Nunes defending her bantamweight title against Julianna Pena. The card is also scheduled to feature Leon Edwards vs. Jorge Masvidal, Kai Kara-France vs. Cody Garbrandt and Pedro Munhoz vs. Dominick Cruz.