No Time to Die: What the Film's Explosive Ending Could Mean For the James Bond Franchise 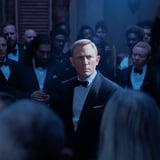 Get the Full StoryThrough James Bond's storied history, he is seemingly unable to be killed. With each iconic actor taking over the title-character role - from Sean Connery to Pierce Brosnan and No Time to Die's Daniel Craig - they've added something to the James Bond lore, but through it all, the spy known as 007 has survived every manner of explosion, treason, stunt, and everything in between. That's why the ending of No Time to Die has viewers totally reeling. Is James Bond actually dead, or was this just Craig's exit from the franchise?

As the 25th film in franchise history, it only makes sense that No Time to Die would be a larger-than-life installment that aims to quite literally blow up the entire story. In the latest movie, we see a different side to James Bond - a man seemingly in love and gasp with a child. L a Seydoux reprises her role as Bond's love, Madeleine Swann, and with her comes a child named Mathilde Lisa-Dorah Sonnet , who bears a striking resemblance to the spy himself. Bad guy Safin Rami Malek preys on Bond's feelings by dosing Bond with a virus that makes it so he can never touch Madeleine or Mathilde again without killing them.

Bond seemingly accepts his fate by letting Madeleine and Mathilde go - perhaps the most selfless thing this character has ever done - and stays behind with Safin. By doing so, he finds himself at the center of a raid by the British military as they attack Safin's island. With little fanfare and no room for argument, Bond is blown up, lost in a fiery hellscape with no way to survive.

No Time to Die was always meant to be Craig's final Bond movie, after picking up the character in 2006 in Casino Royale. The actor told The Guardian in 2015 that he wanted out of the franchise sooner rather than later, adding that he'd only come back for more money. But whether this is the true end of James Bond remains to be seen.

There's no word yet on what the new Bond era may look like - whether a new Bond is named and exists in a parallel universe or someone else assumes a Bond-esque role without being the actual James Bond. But for now, Craig's James Bond is firmly no more.