Dumont fighting to survive at UFC Vegas: I don t have 50 dollars to spare 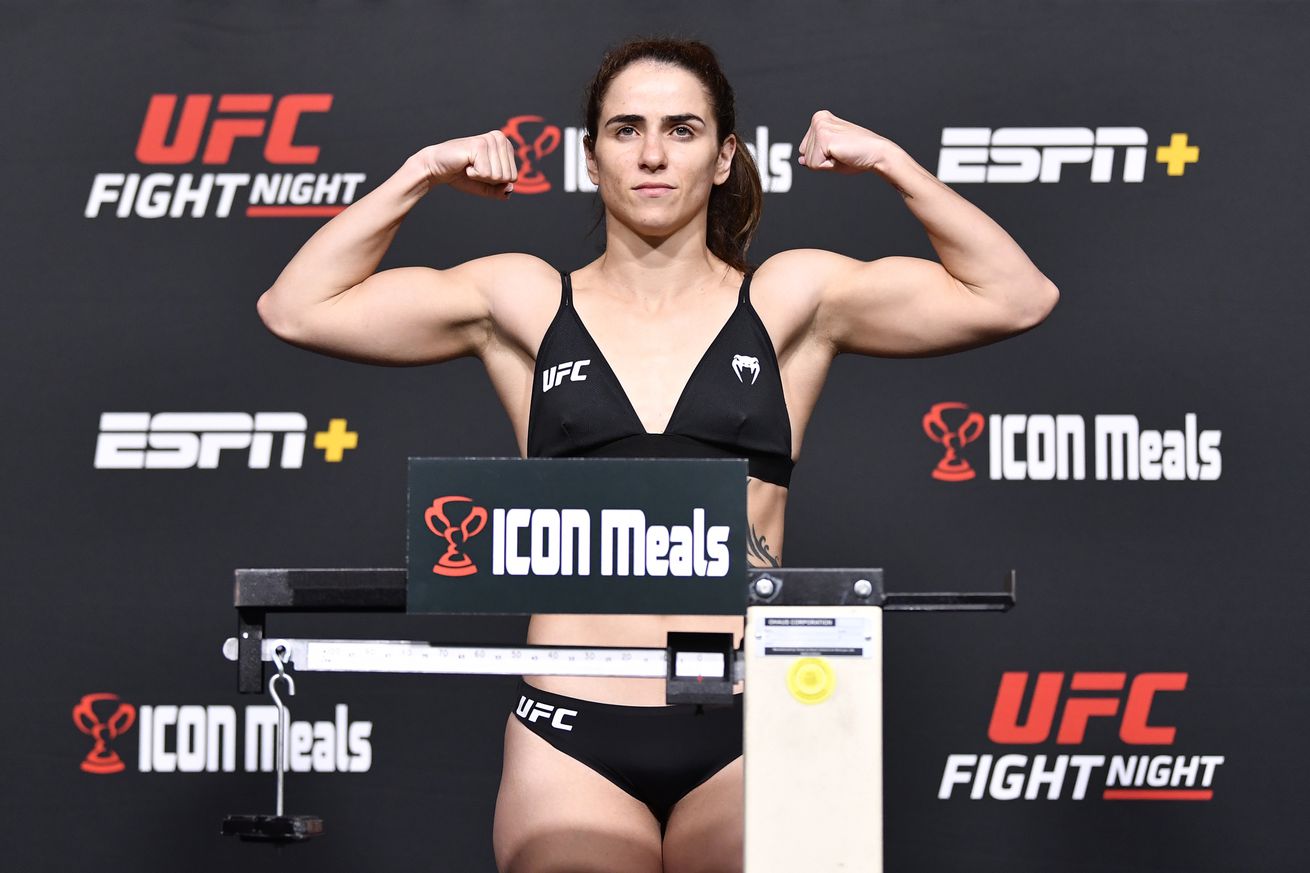 Featherweight Norma Dumont has serious reasons to win her fight against Aspen Ladd at UFC Vegas 40. Featherweight contender Norma Dumont is set to have her first-ever UFC main event bout, and the timing could not have been better for the Brazilian. Paired up against prospect Aspen Ladd for next Saturday s UFC Vegas 40, she has big aspirations about the outcome of the fight.

In an interview with Combate, Dumont commented on her current financial situation and how she needs all the dollars she can get in order to turn things around for herself. At the moment, Norma claims to have little to no money in the bank, but the chance of earning a big payday motivates her even more to perform well against Ladd.

I m fighting to survive, to live, to pay the rent, my bills. That s what some people don t understand. I ve never had a good financial situation. I ve always been hustling. People who are close to me know it. People think that because I m in the UFC, in Vegas, I must be swimming in money. Ever since we ve moved here, we ve been doing food deliveries, now Johnny Vieira, Norma s coach is working at the gym, but he doesn t earn a lot, it s enough to pay the rent. I have some support to cover food and and supplements, but that s the minimum. If I show you what I have in the bank, I don t have 50 dollars to spare. No lie, it s the truth. My manager helps me a lot, otherwise I would have returned to Brazil already. This is not a problem for me though, it s fuel. I have to do my job.

Now that she lives in the United States, Norma has started to understand better how hard the life of a UFC fighter can be when it comes to money. In the future, Dumont hopes that the promotion could take better care of their athletes and suggests a monthly payment for fighters who cannot compete regularly.

When I lived in Brazil, I didn t think that UFC fighters were paid badly. I thought it was good because I would convert it to reais . But it s hard for those who live in the U.S., because our expenses are also in dollars. It s not a monthly thing, too. We get paid every four months or so, if you re an active fighter. If you get injured, you re f ked. You don t know when you re coming back to the cage. I think it would be nice if the UFC would pay a minimum monthly wage of three or five thousand dollars. Then when a person fights, they would make what they already make today. Then you can survive for a few months and when you get the fight money, you can actually earn some money. Maybe it can get better when I renew my contract. The amount is really low in your first UFC contract. If you re in Brazil saying we have no reason to complain, come to the U.S. and see you would not last three months here with your first UFC check. It s the reality.

Originally scheduled to take on former champion Holly Holm, Dumont saw herself having a sudden opponent change when the Preacher s Daughter had to leave the fight. Now paired up against Ladd, Norma believes that being patient and playing it smart against an aggressive opponent is a smart plan to follow.

Patience, always. It s not my style to get in and out of range when striking, I m a counter-striker. Our styles match up well. Aspen s style is to come out swinging and it matches up well with counter-strikers. I don t mind being within striking range the whole time. It s difficult against Holly, because she runs all over the place and when you try get closer, she hits you. You have to know how to corner Holly.

You have to know how to control the fight for five rounds. Norma continued. If you empty your tank in the first two rounds, the next three will be all about heart. Holly has it. Aspen does not. After my loss I learned that being patient in the cage is something sacred, necessary. I m going to be cool, countering, waiting for Aspen to come at me. Because she is going to, it s what she does. So it s an interesting pairing.

Currently on a two-fight winning streak, Dumont 6-1 scored decision wins over both Felicia Spencer and Ashlee Evans-Smith in her most recent outings. The 31-year-old s last and sole loss happened in February 2020, when she got knocked out by former title challenger Megan Anderson.

Now, Dumont is expected to meet Ladd at UFC Vegas 40, on October 16. The card is scheduled to take place at the UFC Apex, in Las Vegas, Nevada.