Baeza vs. Williams added to UFC event in Nov. 13 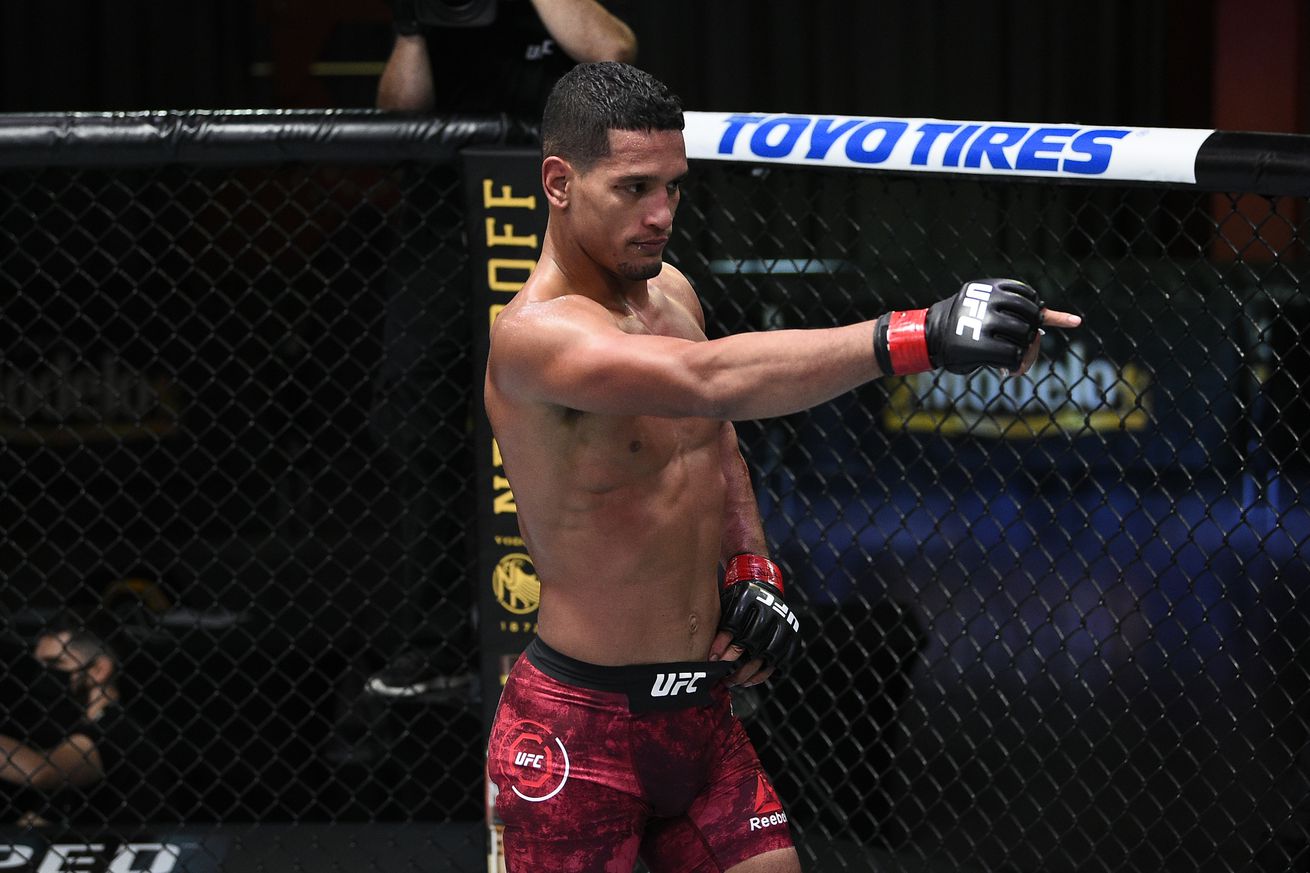 Get the Full StoryMiguel Baeza after submitting Takashi Sato in 2020. Photo by Chris Unger Zuffa LLC

Baeza vs. Williams is sure to be a firefight. A fight between two of the most violent finishers in the welterweight division has been added to a UFC Fight Night in November.

Marcel Dorff of MMA DNA has reported that Baeza and Williams have signed on to fight on Nov. 13 at the UFC APEX in Las Vegas. MMA Masters, the gym Baeza fights out of, confirmed the news on its Instagram stories.

Baeza earned a UFC contract after defeating Victor Reyna by unanimous decision on a previous episode of Dana White s Contender Series. The then-undefeated welterweight prospect made his promotional debut at UFC Fight Night: Joanna vs. Waterson, where he finished Hector Aldana by way of second-round technical knockout. Baeza returned to the Octagon several months later to meet a veteran in Matt Brown at UFC on ESPN: Overeem vs. Harris. He stopped Brown via second-round technical knockout and pocketed an extra 50,000 as he was awarded a Performance of the Night bonus.

Baeza then took on Takashi Sato at UFC on ESPN: Smith vs. Clark and submitted him with an arm-triangle choke. Caramel Thunder received another tough opponent in Santiago Ponzinibbio, who handed him the first loss of his professional career in a Fight of the Year contender at UFC Fight Night: Rozenstruik vs. Sakai this past June.

Williams entered the promotion as a short-notice replacement for an injured Dhiego Lima, who was expected to fight Alex Morono at UFC 247 last February. Khaos lived up to his fight moniker that night and stunned Morono in just 27 seconds. Williams followed that performance up with a 30-second knockout of Abdul Razak Alhassan at UFC Fight Night: Felder vs. Dos Anjos. His streak was snapped after losing a unanimous decision to Michel Pereira at UFC Fight Night: Thompson vs. Neal, but Williams rebounded with a unanimous decision win of his own against Matthew Semelsberger at UFC on ESPN: The Korean Zombie vs. Ige earlier this year.

The UFC Fight Night event will be headlined by a featherweight clash between Max Holloway and Yair Rodriguez.