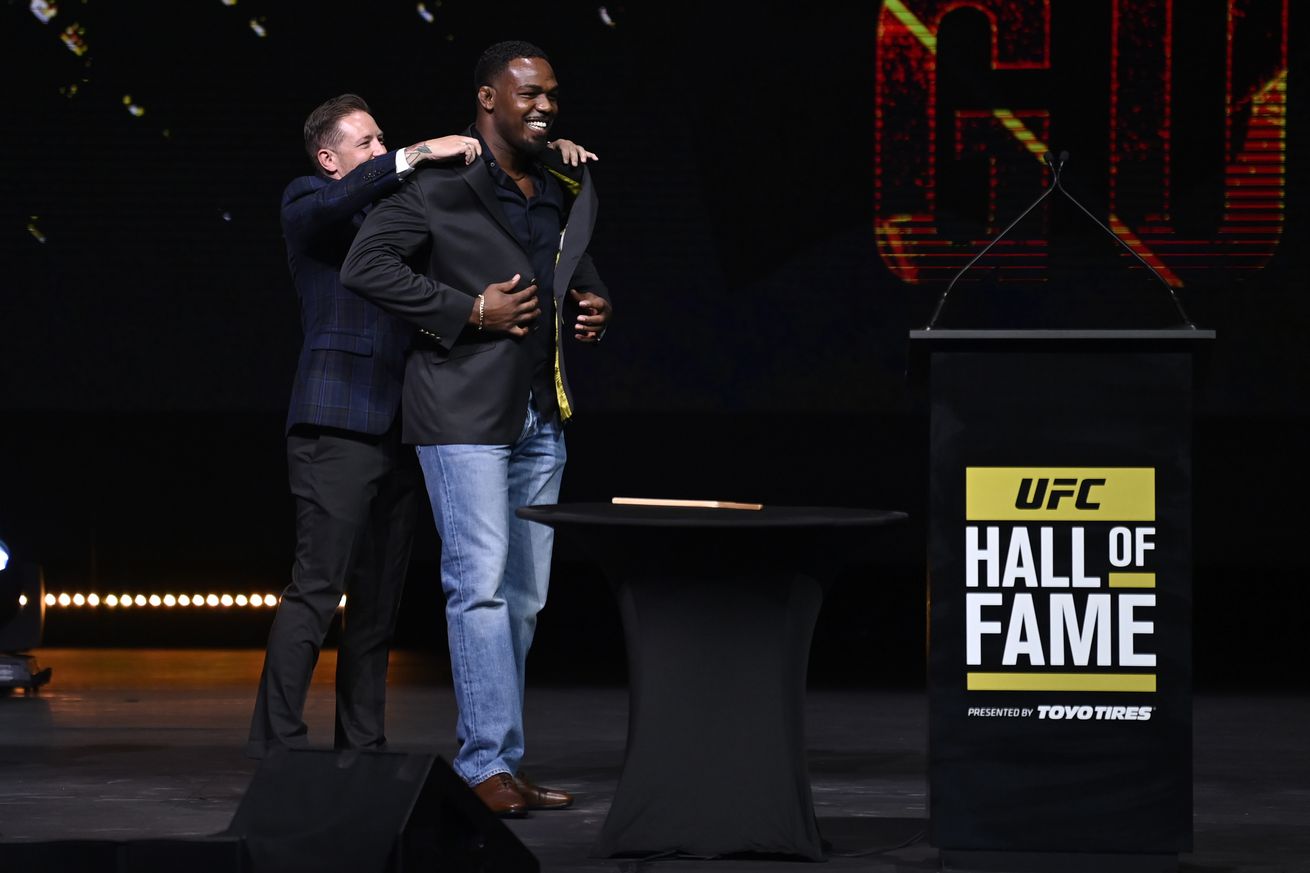 Get the Full StoryJon Jones being inducted into the UFC Hall of Fame. Photo by Jeff Bottari Zuffa LLC

Former UFC champion Jon Jones lashed out at a reporter. Over the past month Jon Jones has been in the news for all the wrong reasons, again. This time it s because he was arrested and charged with battery domestic violence after one of his children asked hotel security staff to call 911.

Las Vegas Metro PD discovered Jones and his family at Caesars Palace, where Jones long-time fiancee claimed Jones had pulled her hair, but did not strike her. Police reportedly observed that Jones fiancee had a swollen and bloody lip and blood on her clothing. In addition to being booked on domestic violence charges, Jones was also charged with damaging a vehicle after he allegedly headbutted a police car.

Since then plenty of figures in and around MMA have discussed Jones latest arrest, what it means for both his legacy and future in MMA, and the impact his actions have had on his family and domestic abuse survivors.

Jones has claimed that he will turn a corner in his life and that quitting alcohol will be part of that. He has also denied abusing his fiancee.

On Friday it was revealed that Jones had objected to some of the coverage regarding his latest arrest. Amy Kaplan of Fansided MMA shared a direct message purportedly from Jones that ordered her to not report on his children.

First of all you literally look like a witch, read the message. Second of all keep my girls out of your mouth. You have no clue what s normal to them. You re disgusting over there judging someone else. Fuck off.

Jones is currently scheduled to appear in court on October 26. The former UFC light heavyweight champion does not have a fight scheduled and is unlikely to appear in the Octagon anytime soon.