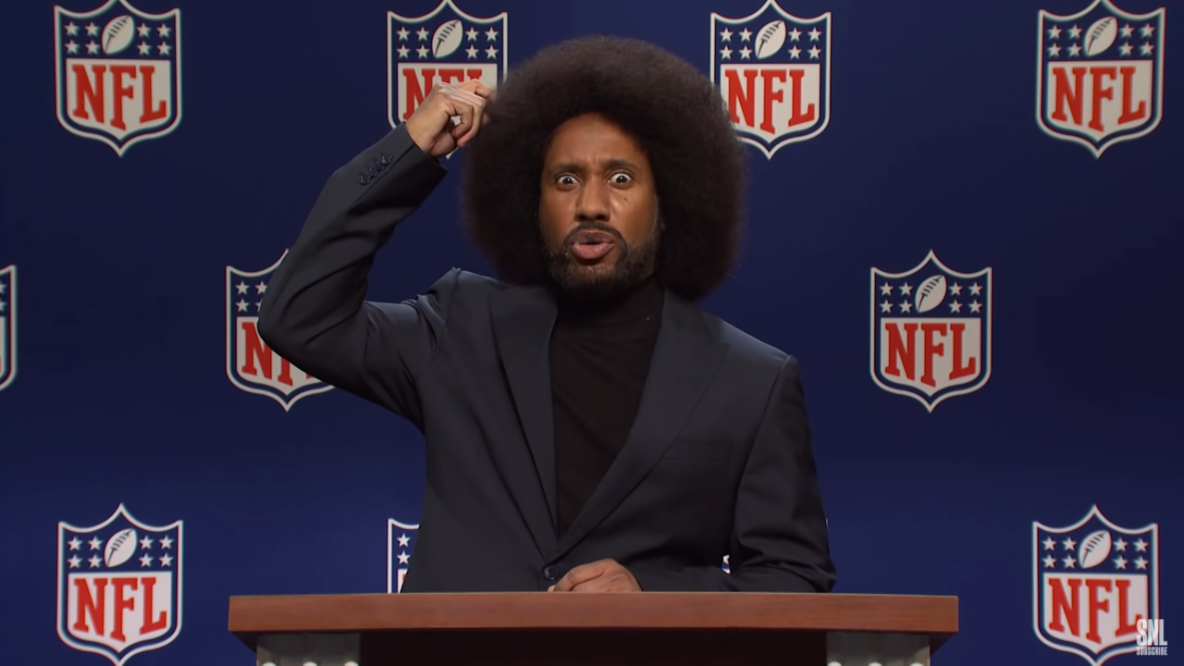 Get the Full StoryAnother week, another case of the National Football League stumbling over attempts to explain and address the deep-rooted bigotry of one of its top names.By now, most of us know that former Las Vegas Raiders head coach Jon Gruden is out of a job because he couldn't keep his hateful opinions on women referees, gay players, and racial justice protests to himself. It's been headline news all week. That's what led Saturday Night Live to ditch some rather obvious political targets in favor of a cutting takedown of the NFL for its latest cold open.While the chaos of this mock press conference is littered with reminders of the NFL's "we'll deal with it when it's news" strategy for addressing the toxic leadership issues of individual teams, the inevitable appearance of Colin Kaepernick Chris Redd is the sharpest because of the brutal contrast it draws. Here was a talented young quarterback who got pushed out of a career in sports when he used his very public platform to say something meaningful about racial injustice in the United States. All while management dipshits like Gruden don't fool yourself into thinking he's alone here snickered behind Kaepernick's back as the NFL held a torch to his career in pro football.