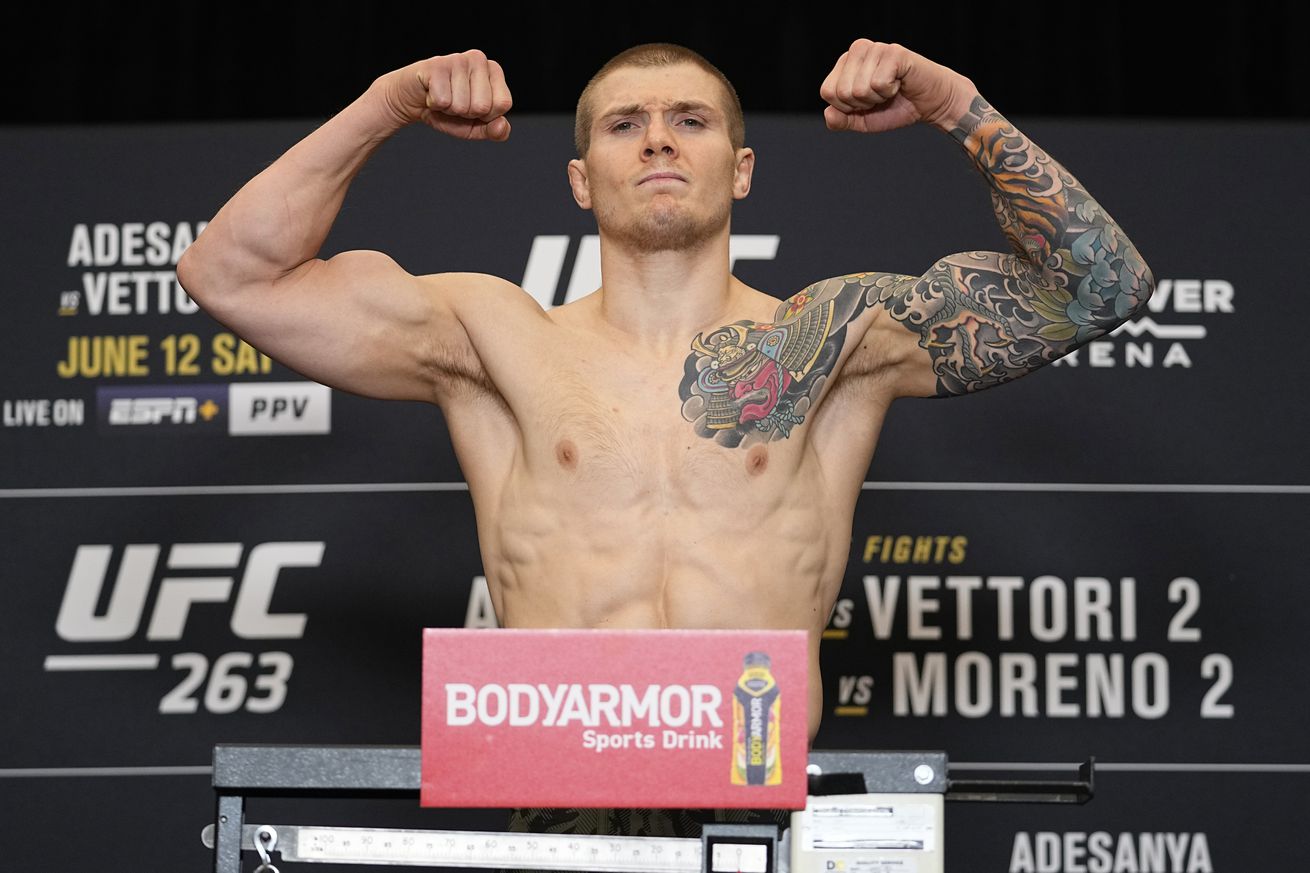 Get the Full StoryMarvin Vettori during weigh-ins for UFC 263. Photo by Jeff Bottari Zuffa LLC

Vettori sees himself getting a big win over Costa en route to another championship opportunity. Marvin Vettori expects a win over Paulo Costa, but not just any kind of win. The middleweight contender is looking for a knockout and hopes to get one at UFC Vegas 41 on Saturday night.

Vettori returns to the Octagon following his loss to Israel Adesanya for the middleweight championship at UFC 263 this past June and wants to work his way back into contention, beginning with Costa. The fight between No. 2 and No. 5 in the division is not without risk, as both men have made it very clear that they would like another opportunity to meet Adesanya in the near future. As for who has the better chance of getting that fight again, Vettori says it is him because he is the better fighter overall.

There may be a difference in fighting styles, but there is an area that Vettori and Costa share some similarities. They are well-known for their pre-fight trash talk and antics; however, they have been unusually quiet going into this fight week. Although both men have taken verbal and written shots at one another through interviews and social media posts, there has not been much said since the fight was booked.

Vettori explained that he doesn t need to get too riled up against Costa because they will share the Octagon anyway, so that is why he has been strictly focused on getting ready for the fight.

I feel like we ve been pretty quiet for the build-up of the fight, said Vettori. We ll see now on fight week if that changes . I don t like the guy necessarily. He s not a guy that I think I would get along with as a friend. He s talked a bunch of s t before, here and there. But personally, I don t know him and he never did anything to me too much that is personal. With that being said, I don t need anything personal to beat somebody unconscious. I don t need anything personal, especially if he s in front of me in the cage.

I see it as, like, they all have a part of what I want, regardless. Whoever gets in there is trying to stop me from getting what I want, so I don t need to be mad to just mess up somebody s face.

Vettori then previewed his upcoming fight and said that he could see himself getting an early stoppage.

I m gonna give the fans what they want, said Vettori. I want to knock this guy out, loud and clear. My mind is ready, my body is ready and my spirit is ready, and I m just ready to go.

I worked a lot on the technique of my punches to really hurt, so I don t know, if I catch him clean early and he s too relentless, he might go out early, continued Vettori. If not, I ll just slowly cook him until he s perfectly roasted and then put him out and then eat him.