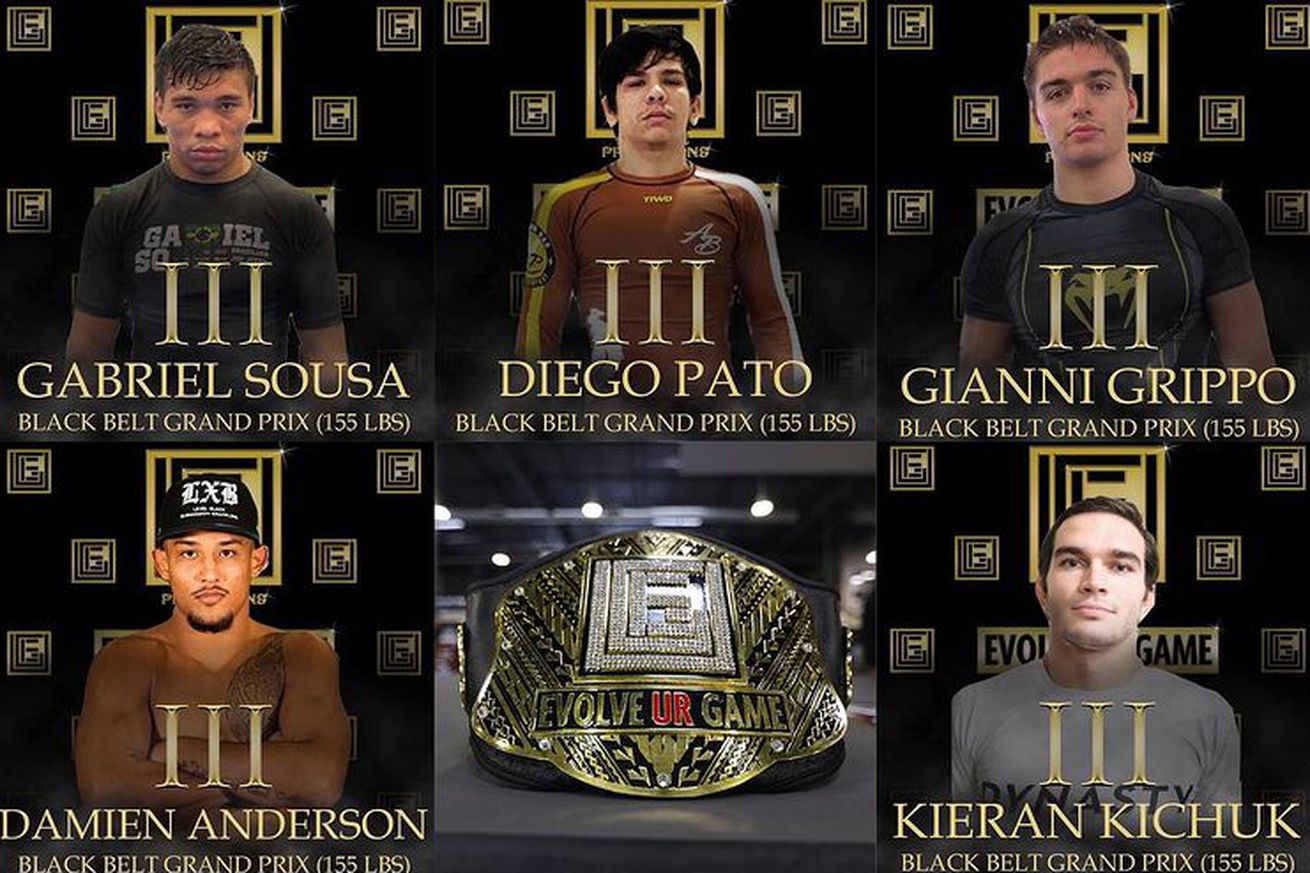 Get the Full StoryNew rules blend wrestling and submission skillsets EUG Promotions returned on Saturday night with another stellar card, this time featuring a 155 lb. no-gi grand prix headlining a night filled with super fights. The bracket featured IBJJF No-Gi World and Pan champions Gianni Grippo and Diego Pato Oliveira, among some of the top up and comers in the lighter weight divisions of the sport. The ruleset for the event was quite unique, as competitors were not allowed to pull guard for the first three minutes of the matches. After the three minute takedown period expired, the matches were scored according to the IBJJF no-gi ruleset. Consequently, we got to see the takedown skills of the lightweight competitors, something we often don t see in a pure IBJJF context where guard pulling is very common. Below are the results and main takeaways from the event.

Diego Pato Oliveira has had quite the year thus far. The Amazonas native has captured IBJJF Pan and World No-Gi titles, and has done so in convincing fashion. In the first round of the EUG III Grand Prix, Pato took on brown belt Alika Villiatora. Villiatora is a former state champion wrestler, giving him an advantage in this ruleset, as guard pulling was prohibited in the first three minutes of the match. Despite the skill discrepancy on paper, Pato was able to successfully defend Villiatora s early takedown attempts. Pato found his way to the top position off a failed takedown attempt from Villiatora and utilized body lock style passing to get around the guard. Pato eventually worked to the mount and back positions and secured the win by a score of 9-0.

In the semifinals, Pato took on a familiar foe in Gabriel Sousa. The two had met five times at black belt before this match, most recently in the final of the featherweight division at the 2021 IBJJF No-Gi Worlds. The match started off with some excellent wrestling exchanges as Gabriel Sousa shot on Pato s legs and Pato employed various counters to defend. After a whirlwind of exchanges on the feet, Pato pulled guard following the three minute takedown period. From there he threatened Gabriel with multiple submission attempts, including a straight armbar that nearly got him the tap. Although no points were scored in the match, Pato s submission attempts were enough to earn him the decision victory.

Despite being two of the top lighter weight jiu-jitsu competitors in the world, Diego Pato and Gianni Grippo had never fought prior to EUG III. The early portion of the match saw Pato land a takedown and 2 points. From there he looked to pass the tricky guard of Grippo, who ended up sweeping Pato from a modified x-guard position. From there Gianni looked to pass, but couldn t get anything going against Pato s flexible guard game. Overall the match was very close, and Diego Pato earned a razor thin decision victory, 10k, and the EUG 155 lb. belt.

The co-main event of the night was a women s 120 lb. no-gi title match between Jessica Crane of Ares BJJ and Giovanna Canuto of Cobrinha BJJ Las Vegas. Jessica has been very active on the competition scene as of late, winning No-Gi World and Pan titles and competing at the WNO Championships in late September in the 115 lb. division. Giovanna Canuto, on the other hand, has been focusing primarily on MMA. Currently 2-0 in the LFA promotion, Giovanna showed that her jiu-jitsu is at the elite level. She looked to setup various leg locks from her guard throughout the match, to which Crane had great defensive counters. These sequences were repeated throughout most of the match until Giovanna Canuto was able to sweep Crane with just five seconds left in the match, wrestling up from her guard and securing two points and the 120 lb. EUG title.

EUG Promotions will return with its fourth event in January 2022, this time featuring a 185 lb. no-gi bracket.