Claressa Shields claims she would embarrass Jake Paul with one hand 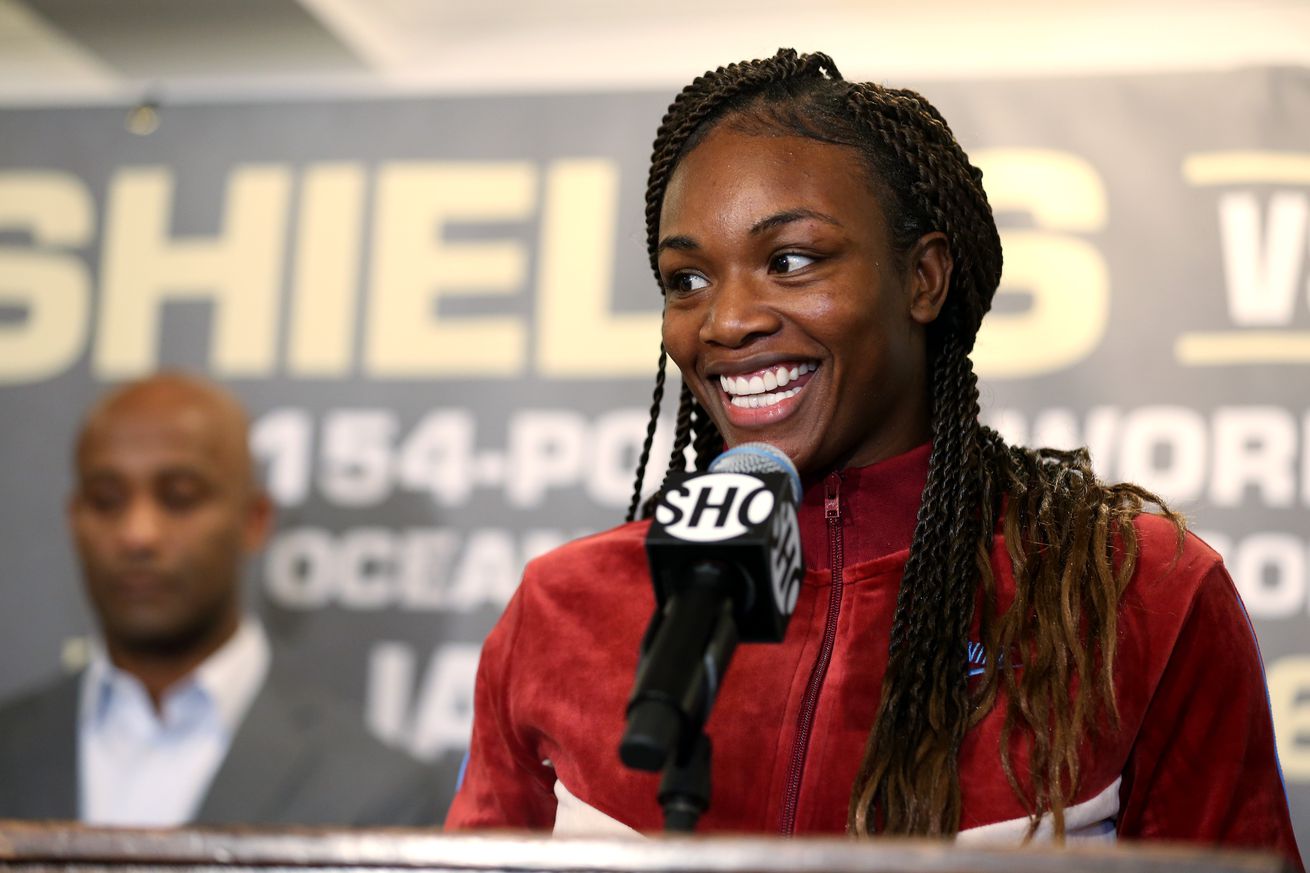 Get the Full StoryClaressa Shields speaks to reporters prior to her fight against Ivana Habazin at the Ocean Casino Resort in Atlantic City on Jan. 7, 2020. Photo by Michael Owens Getty Images

Just my jab - I would out-jab, out-hook and out-uppercut him. I would embarrass him. Boxing great Claressa Shields believes she would embarrass Jake Paul in the boxing ring with one hand and that it would be an insult to fight on the undercard of one of his fights.

Shields, who made the switch to MMA in Nov. 2020, holds nothing against Paul but is supremely confident that she would clown the 4-0 YouTuber in the ring.

I don t know what world people live in that they think a man could beat me who has not been to the Olympics, who has not fought professionally, Shields told Sky Sports ahead of her MMA bout against Abigail Montes at PFL 10 on Wednesday.

There are a lot of women in boxing who could out-box men, especially a regular joe like Jake Paul!

I know it s too much to fight him because it would be too embarrassing for him , but if I were to spar Jake, I could use one hand.

Just my jab, I wouldn t even have to use the banger.

Shields, who will return to the boxing ring on Dec. 11 to defend her four world titles against Savannah Marshall, continued... Just my jab - I would out-jab, out-hook and out-uppercut him. I would embarrass him. This isn t a shot at Jake Paul. This is how skilled I am. You re not as great a boxer as me. If you are? Go to the Olympics and win a medal! Go!

Because I sparred those guys too who are Olympic silver and gold medallists. Jake couldn t grace the ring with those guys because they would destroy him, just like I would. This isn t disrespectful. I am a skilled boxer - respect it and know it. Just because I m a woman? This is real-life stuff. I box for real. I m not a play-fighter.

Paul will return to the boxing ring to take on Love Island star Tommy Fury sometime next year.