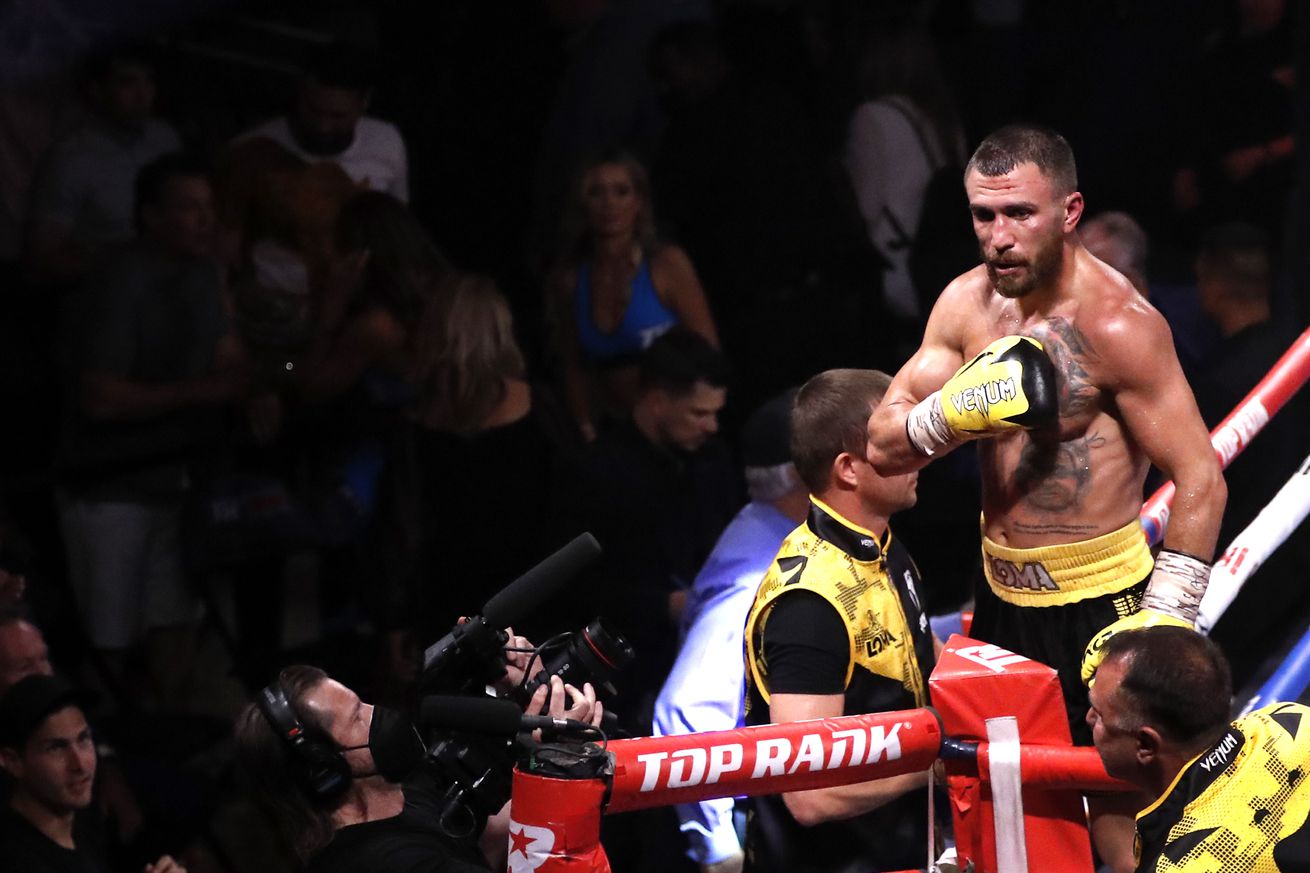 Get the Full StoryVasiliy Lomachenko of Ukraine celebrates after defeating Masayoshi Nakatani of Japan in a lightweight bout at Virgin Hotels Las Vegas on June 26, 2021 in Las Vegas, Nevada. Photo by Steve Marcus Getty Images

Lomachenko is coming off a TKO of Masayoshi Nakatani. Ukrainian star Vasiliy Lomachenko is heading back to the main room at Madison Square Garden.

Top Rank Boxing announced on Monday that the two-time Olympic gold medalist and former three-division world champion will take on the heavy-handed Richard Commey on December 11th in New York. ESPN will broadcast the event live after the college football Heisman Trophy Ceremony, which has been somewhat of a tradition for Top Rank after signing its ESPN deal in 2017.

Lomachenko 15-2, 11 KOs bounced back from his decision defeat to Teofimo Lopez with a dominant 9th round stoppage of Japan s Masayoshi Nakatani in June. Whether or not a Lopez rematch was in the works for 2021 is moot, as the Triller fiasco led to Lopez s title defense vs. George Kambosos Jr getting not just pushed to late November, but also switched over to DAZN after Triller gave up on the event. Lomachenko looked as good as ever against Nakatani and no doubt if he gets past Commey, the return to huge fights awaits him in 2022.

Commey 30-3, 27 KOs is coming off a thudding KO of Jackson Marinez in February. The Ghanaian was the IBF lightweight champion after stopping Isa Chaniev in February 2019, and made one successful title defense against Ray Beltran before Teofimo Lopez knocked him out in December 2019. It s the only time he s been stopped, and that s the only clear loss of his career when you consider his other two defeats were split decisions to Robert Easter Jr and Denis Shafikov. He s easily a top-level lightweight and while he may be a huge underdog in this one, his power isn t to be discounted.

Also confirmed as the co-feature is American heavyweight prospect Jared Big Baby Anderson 10-0, 10 KOs against Oleksandr Teslenko 17-1, 13 KOs , who was an intriguing prospect himself before a pretty shocking knockout loss to Shawndell Winters in 2019. Anderson just fought on the undercard of Tyson Fury vs. Deontay Wilder 3 so this is a quick turnaround for him. Puerto Rican prospect Xander Zayas 11-0, 8 KOs and Muhammad Ali s grandson Nico Ali Walsh 2-0, 2 KOs will also be on the undercard against opponents TBD.