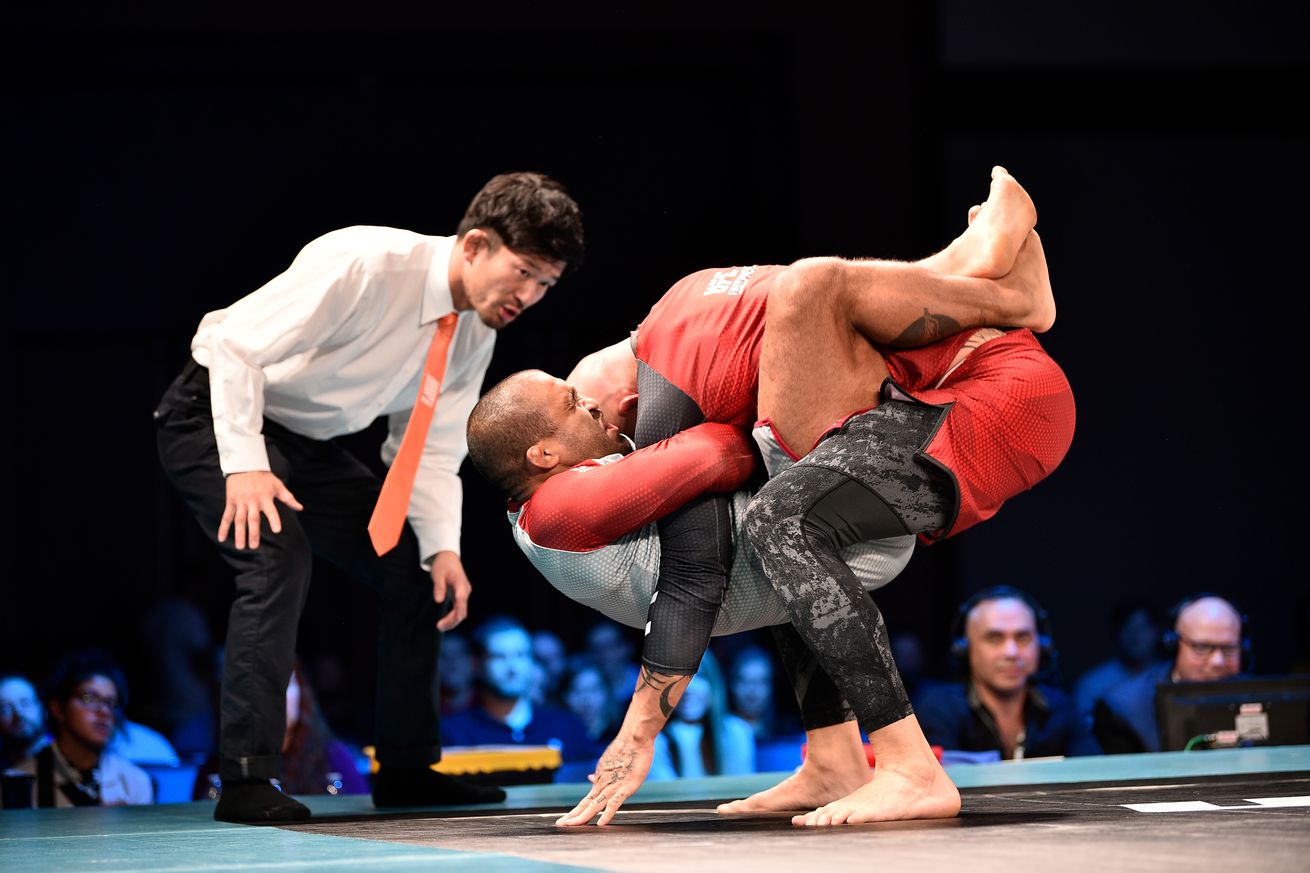 U.S. grapplers will head to Atlantic City to secure a spot at the 2022 ADCC Championships The ADCC qualifying season is upon us, with the first trials having gone down in mid-September in Poland. Other qualifying events for the 2022 ADCC World Championships include two North American and two Brazilian Trials. On Saturday November 6th and Sunday November 7th, Atlantic City will play host to the ADCC East Coast Trials, the biggest event in ADCC Trials history. The competitor list is stacked from top to bottom, with over 800 competitors looking to punch their ticket to the ADCC World Championships in September 2022 in Las Vegas, Nevada.

The 66 kg division at ADCC is often one of the most competitive. ADCC World Champions in the division include Augusto Tanquinho Mendes, Rubens Cobrinha Charles, and Rafael Mendes. The East Coast Trials have over 150 competitors registered for the division. Competitors likely to contend for the gold include Cole Abate, Adam, Benayoun, John Calestine, Gianni Grippo, Estevan Martinez, Damien Anderson, Keith Krikorian, and Edwin Junny Ocasio. Of the aforementioned competitors, Gianni Grippo is likely the favorite on paper. Traditionally known for his impassable guard, Gianni has shown a well-rounded skillset in 2021, winning IBJJF Pan No-Gi, IBJJF World No-Gi, and Emerald City Invitational titles.

JT Torres is the current king of the 77 kg division, having won the 2017 and 2019 world titles. Over 200 athletes will be gunning for a shot at JT s title at the East Coast Trials. Confirmed competitors include Kade Ruotolo, Gesias Cavalcante, William Tackett, John Combs, Jon Satava, PJ Barch, and Kody Steele. John Combs won the West Coast Trials in 2019, submitting five out of his six opponents in the process. Kade Ruotolo, however, has had the most impressive run of 2021 so far. The Atos Jiu-Jitsu representative is 6-1 under the WNO banner this year, with his only loss coming to Roberto Jimenez. His biggest accomplishment was winning the WNO Championships, where he defeated Diego Pato Oliveira, Josh Cisneros, and Gabriel Sousa in a stacked 155 lb. bracket.

While the 66 and 77 kg divisions have had familiar faces contend for the titles over the years, 88 kg has not had a dominant champion. The division has had a first time champion in every ADCC World Championship since 2005. East Coast Trials competitors include Jacob Couch, Adam Bradley, David Garmo, Elder Cruz, John Salter, Alec Baulding, and Giancarlo Bodoni. Alec Baulding won the East Coast Trials in 2019, beating Kyle Boehm, Ryan Quinn, Roberto Jimenez, and Dan Martinez, imposing a top heavy game utilizing a combination of takedowns and knee cut passing. Bellator MMA contender John Salter is also a former East Coast Trials winner, taking home the gold at the West Coast Trials in 2017.

The 2019 99 kg and plus 99 kg champions at the ADCC World Championships were Gordon Ryan and Kaynan Duarte, respectively. 99 kg athletes competing at the East Coast Trials include Mason Fowler, Paul Ardila, and Devhonte Johnson. Of the confirmed competitors, Mason Fowler and Devhonte Johnson have accomplished the most in 2021. Fowler, a 2019 ADCC West Coast Trials champion, has spent most of the last two years competing under the Submission Underground banner, securing wins over Kody Steele, Roberto Jimenez, Craig Jones, and Vinny Magalhaes, amongst others. Devhonte Johnson is coming into the trials fresh off a 2021 IBJJF No-Gi World title. Plus 99 kg competitors include Austin Baker, Pat Downey, John Hansen, and Joe Baize. Although all these athletes have won important tournaments, the plus 99 kg division doesn t have a clear favorite. In the heavier divisions, it s typically the athlete that can establish top position that comes out on top. Look for former NCAA Division I All American wrestler Pat Downey to take advantage of his takedown skills and work his way through the bracket.

Competitors confirmed in the 60 kg female division include Brianna Ste-Marie, Bri Robertson, and Heather Raftery. Brianna will enter the trials off a WNO victory over Bri Robertson, one of the rising stars in the female divisions who has made a name for herself competing on the Fight to Win stage. Heather Raftery of Atos Jiu-Jitsu is a two-time silver medalist at the IBJJF No-Gi Worlds and has proven herself at the elite level in no-gi competition. Kendall Reusing, Brittney Elkin, Erin Quillen, and Cat Zingano are some of the top competitors registered in the 60 kg division. Kendall recently competed in the WNO Championship where she put on an impressive performance, earning a second place finish. She s also won IBJJF No-Gi World and Pan titles. Cat Zingano, another strong contender, is a Bellator MMA fighter with a strong wrestling and BJJ background. Cat s wrestling pedigree will serve as a valuable tool in the ADCC ruleset.

ADCC is widely considered the biggest grappling tournament in the world, and the trials have provided a springboard to grappling stardom. Former North American East Coast Trials champions include Ethan Crelinsten, Tex Johnson, Tim Spriggs, Tom DeBlass, and Eddie Cummings, among others. Head organizer Mo Jassim has promised that the 2022 ADCC World Championships will far exceed prior events in terms of production and athlete experience, so expect to see a similar sized event at the West Coast Trials next year.