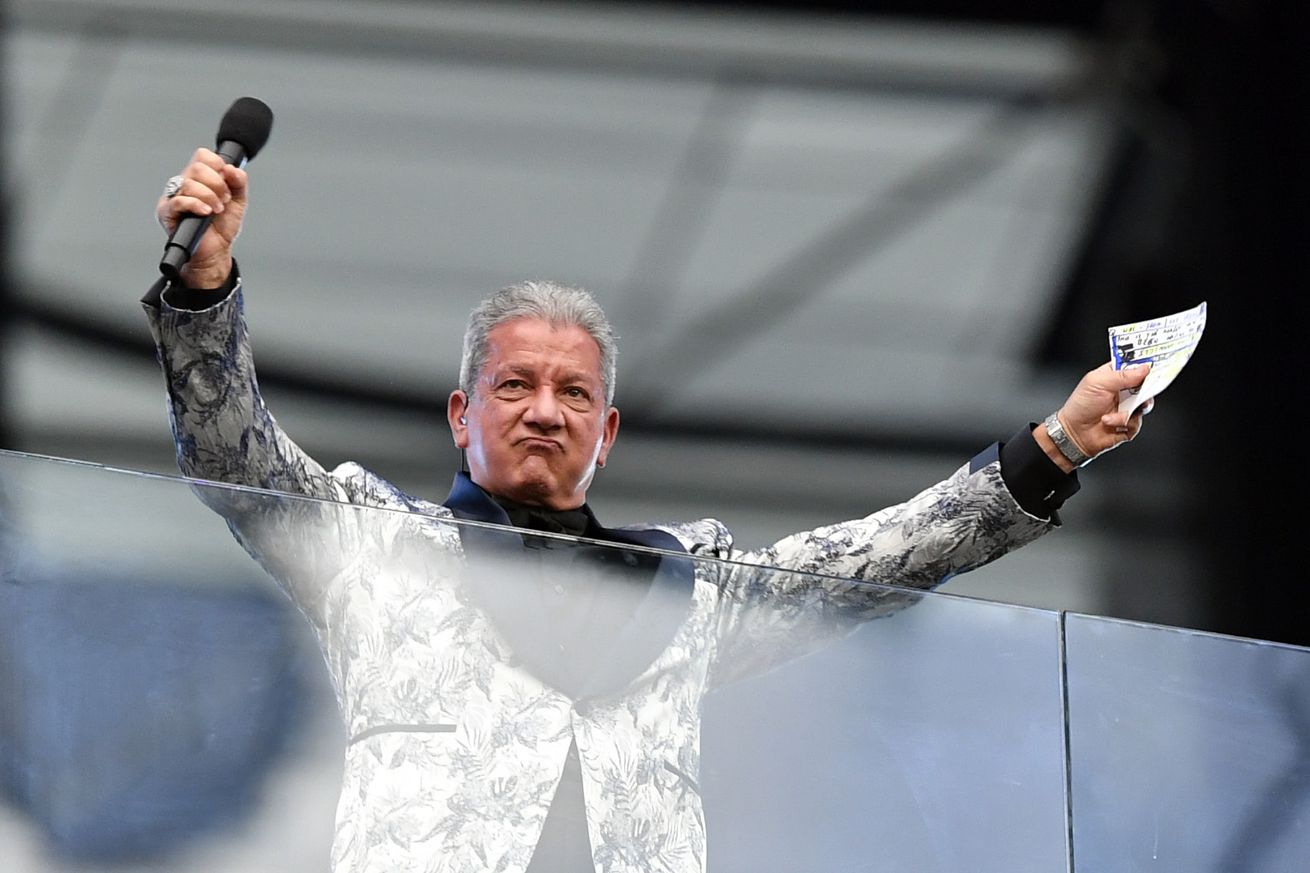 Get the Full StoryBruce Buffer at the Ravens-Raiders game in Las Vegas in mid-September. Photo by Chris Unger Getty Images

Bruce Buffer talks about his recent battle with COVID and how he managed to get out relatively unscathed. For the first time in 25 years, Bruce Buffer missed a UFC numbered event. The Veteran Voice of the Octagon had to skip his announcing duties for UFC 268 this past weekend after contracting the dreaded COVID-19.

Now recovered and doing better, Buffer went on The MMA Hour on Wednesday to share what he went through.

I haven t had the flu since my 20s. It was like the worst flu you could have, Buffer told Ariel Helwani. The body aches, the headaches, all that goes with it. And then after, I think a lot of people probably suffer a little PTSD afterwards. It s like, Oh, yes, I m clean. But is it OK to go around somebody? Now, it s like the fear of getting it again, because I know people that are getting it twice.

It got really bad over four days. I was going to see my friend Wednesday night, and I called her, I said, Listen, I can t. I ve got a temperature now; I don t feel well. And that s the first sign. You get that, you better hold off in going to see anybody. Even if it s the common cold, you still don t want to give anybody the flu.

It s weird when that doctor turns around you and tells you you have COVID. I can t begin to tell you the feeling. Your whole life goes in front of you, like, What do I do now? I ve got so much to do, so much work, all these companies I run aside from my appearance in the UFC. You ve got to go through self-realization in the process.

Buffer tried to retrace his steps and figure how he got the virus, to no avail. But he believes the vaccine prevented his situation from going sideways.

If you notice, when you watch me in the UFC, I walk into the Octagon I have my mask on. I strictly follow mask protocol cause I believe in it. I m vaccinated, I believe in that, too, he said.

It doesn t matter if you re a celebrity I m not particularly a fan of that word. We re people. We re all equal in my mind. So anybody can get it. So just play it safe.

Buffer did get some extra help from other forms of medication. Ivermectin, the controversial anti-parasitic drug that his longtime colleague Joe Rogan used and credited for his own COVID recovery, wasn t one of them.

I know it s expensive and not everybody can afford it. But I was able to arrange an IV bag of Regeneron. People were saying Ivermectin and all this, and I had more doctors telling me not to vs. the ones that said to, so I held off on that, he said.

But I did Regeneron, and all the vitamins and minerals and vitamin packs and I really think that helped me bang through this.

Regeneron is a monoclonal antibody treatment, which is approved by WHO and FDA for emergency use to treat those who have already been exposed to the virus.

Buffer will be back on the mic on Saturday for UFC 268. And he s already promising to be in peak form, as per usual.

I want to go into that Octagon on Saturday night and roar the freaking roof off of MSG. Like I said, it s gonna be my first night all over again. It always is when I step in. I don t care if it s the APEX or 20,000 people in Madison Square Garden, wherever it s gonna be.

I don t feel ill effects right now. I feel good, and I think my lungs are a hundred percent. I m ready to roar.