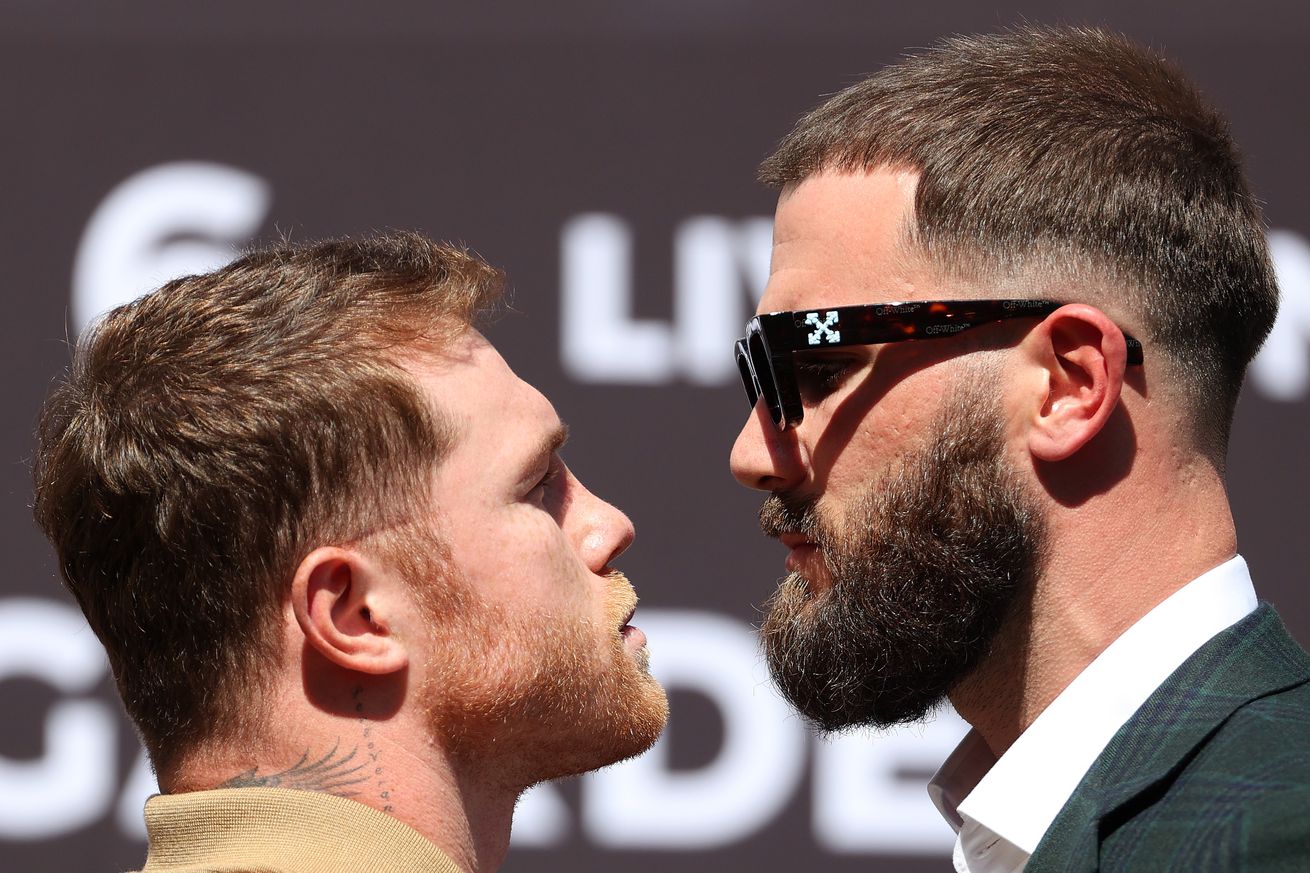 Get the Full StoryCanelo Alvarez and Caleb Plant during a face-off before a press conference ahead of their super middleweight fight on November 6 at The Beverly Hilton on September 21, 2021 in Beverly Hills, California. Photo by Ronald Martinez Getty Images

A preview of Canelo Alvarez vs. Caleb Plant, which goes down the same night at UFC 268. Canelo Alvarez 56-1-2, 38 KOs will attempt to become undisputed super-middleweight champion on Saturday when he faces IBF champion Caleb Plant 21-0, 12 KOs at the MGM Grand in Las Vegas. Canelo picked up the WBC and WBA belts back in December when he dominated Callum Smith. He then had a routine defence against Avni Yildirim and took the WBO belt from Billy Joe Saunders by stopping him in eight rounds.

Plant scored a minor upset over Jos Uzcategui to win the IBF belt in 2019 and defended it three times since then, although his competition in those defenses didn t pose much of a threat. He is a solid outside boxer relying on a good jab and quick left hook to outscore his opposition. He is decent on the inside where he has the skills to handle himself but his lack of power would likely make it a dangerous place to be for him against elite competition. Plant is a very good fighter but it is tough to envision his combos getting past Canelo s multiple layers of defense. Canelo is equally able to parry, block or dodge and is one of the best counter punchers in the sport. He will likely look to pressure early, let Plant fire and punish him to the body. Plant s footwork likely isn t good enough and his right hand isn t enough of a deterrent to prevent Canelo from walking him down. He s also slowed down late in fights before, notably against Uzcategui and while Canelo s had cardio issues himself before, those seem to be a thing of the past now that he s fighting at higher weights. Canelo winning via late round stoppage after a lot of body work in the first half seems like the most likely outcome.

With a win here, Canelo would have unified the super-middleweight division in under a year and though the Callum Smith fight was in 2020, three wins including two over champions would pretty much make him a lock for Fighter of the Year.

As is often the case with Canelo undercards, there are no particularly high profile match ups supporting the bout. Super lightweight prospect Elvis Rodriguez 11-1-1, 10 KOs will look to rebound from the first loss of his career against former Olympian Juan Pablo Romero 14-0, 9 KOs . Rodriguez, a slick southpaw boxer lost a close match to another southpaw outfighter in Kenneth Sims back in May, resulting in a surprise release from Top Rank. Romero, one of the rare Mexicans to have an extensive amateur career, is an orthodox pressure fighter that should be a more favorable stylistic matchup for Rodriguez. However, it s not as soft a touch as you d expect for a prospect coming off a loss. He is already 31 so he is not too likely to be a contender in the future but he s a danger to send Rodriguez on a losing streak and jeopardize his own aspirations.

Former WBC super bantamweight champion Rey Vargas 34-0, 22 KOs is the most notable name in action on the undercard. He is making his comeback to the sport after two years off and a broken leg. His opponent Leonardo Baez 21-4, 12 KOs is a tough but very limited brawler who Vargas shouldn t have too much trouble against. Vargas should outbox him handily and shake off any ring rust he might have accumulated over the last couple of years. That should set him back up to contend in 2022.

Former titlists Anthony Dirrell 33-2-2, 24 KOs and Rances Barthelemy 28-1-1, 14 KOs round up the notable fighters of the card. Barthelemy s opponent Gustavo Vitorri 25-9-1, 12 KOs has lost 4 of his last 6 against much worse competition than Barthelemy and shouldn t pose much resistance. Dirrell s facing what could be a tricky opponent though. Marcos Hernandez 15-4-2, 3 KOs can t really punch and is coming up in weight but he s in his prime at 28 and is coming off an upset win over an undefeated prospect. At 37, there aren t really easy fights for Dirrell anymore and though he should be able to win, there s potential for an upset here.