Canelo Alvarez vs. Caleb Plant live streaming results, round by round updates, highlights 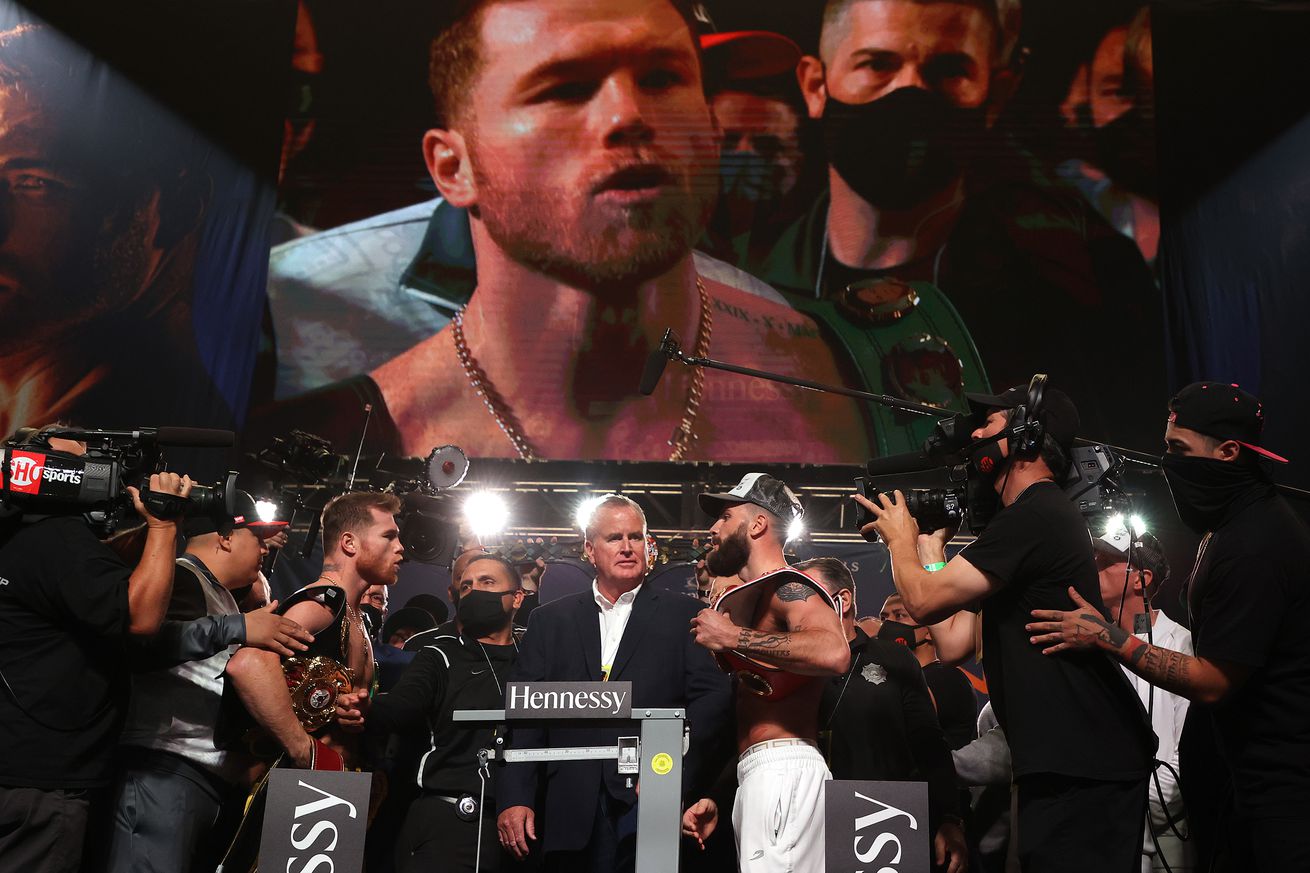 Get the Full StoryCanelo Alvarez and Caleb Plant face off face off during their official weigh-in at MGM Grand Garden Arena on November 5, 2021 in Las Vegas, Nevada. Photo by Al Bello Getty Images

Canelo holds the WBA, WBC, and WBO world titles, whereas Plant has the IBF belt. Mexico s Alvarez took the WBA title from Callum Smith last year as well as captured the vacant belt at the same time , defended those belts against Avni Yildirim in February, and won the WBO belt from Billy Joe Saunders. Plant took the IBF strap away from Jose Uzcategui in 2019 and has had three defenses of that belt, albeit against mostly underwhelming opposition in the former of Mike Lee, Vincent Feigenbutz, and a past his prime Caleb Truax. Nashville s Plant is a huge underdog despite his slick boxing skills, and understandably so considering he s going up against arguably the best boxer pound-for-pound.

These two have been heated since the first press conference, so we can only hope the fight lives up to the pre-fight drama.

The Showtime PPV broadcast starts at 9 PM ET 6 PM PT. Expect the main event to start around 11:30 PM ET 8;30 PM PT but this depends on the length of the three undercard fights. Ideally this card is over before the UFC 268 card ends but you may have to hop back-and-forth if you want to watch both of them live.

Join as at Bloody Elbow for live results and play-by-play of the fight. Offer your opinion in the comment section!