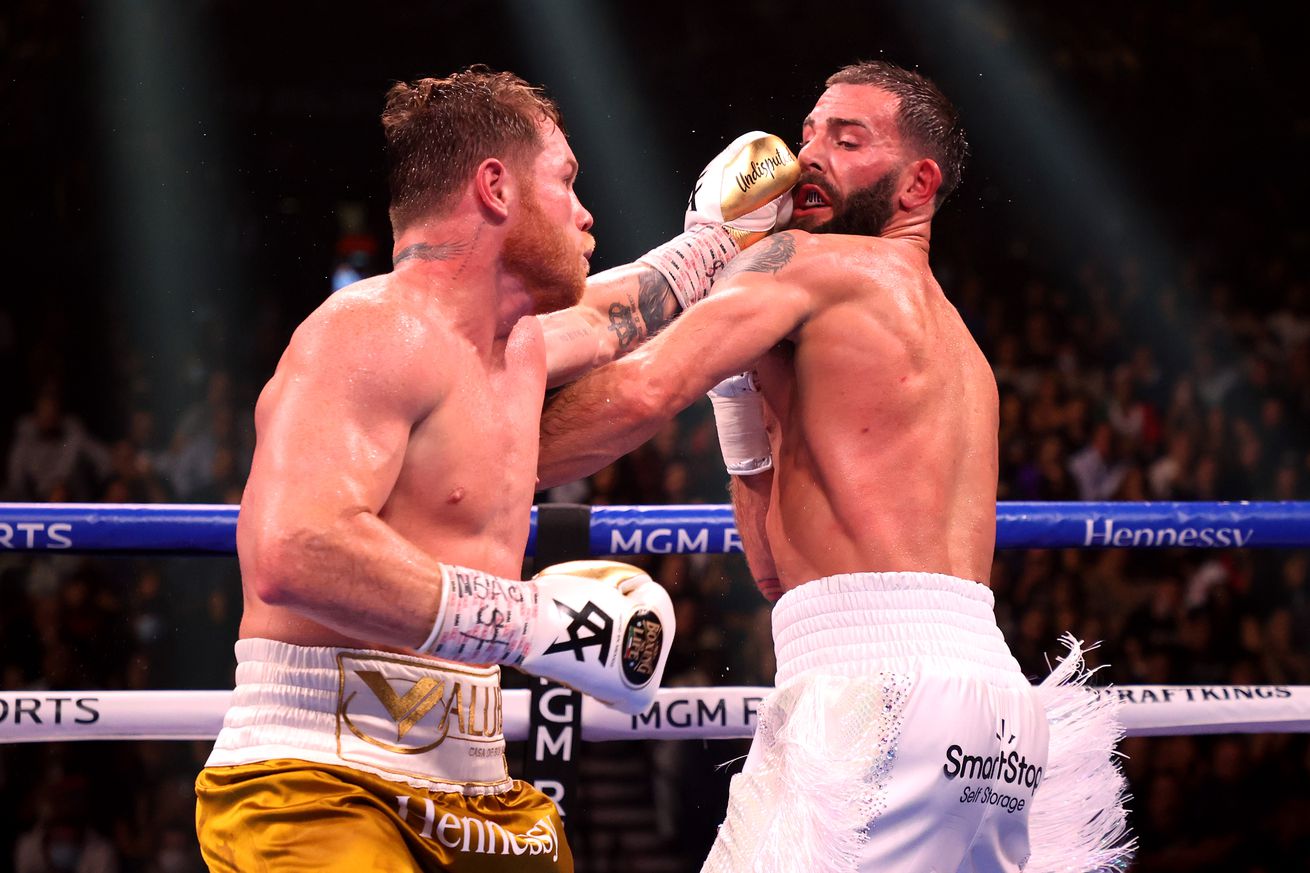 Canelo Alvarez is the king of the super-middleweights. It may not have been an easy night at the office for Canelo Alvarez 57-1-2, 39 KOs , but he still got the job done in emphatic fashion.

In front of over 16,000, predominantly pro-Canelo fans at the MGM Grand in Las Vegas, Alvarez became the undisputed super-middleweight champion with an 11th round stoppage of Caleb Plant 21-1, 12 KOs . Alvarez did have some trouble with Plant s slick boxing and fast hands but sooner or later, Plant s repeatedly getting cornered against the ropes would cost him.

A left hook by Alvarez rocked Plant, then a right uppercut and another left for good measure sent him down for the first time in his career. Plant got up but was on wobbly legs and never recovered. The Mexican superstar kept the beatdown going and finished the job with one more knockdown to take Plant s IBF title away from him and have sole possession of all four major world boxing titles at 168 lbs.

Watch the finish below:

Check out the play-by-play:

Hook to the body by Canelo. Another hook and an uppercut! Plant is hurt and he s down! He s up but he s wobbly and there s two minutes left in the round. Big left hook sends Plant crashing into the ropes. Right hook! This is an onslaught! Plant is in all sorts of trouble and BIG RIGHT HAND AND HE IS DOWN AGAIN! IT S OVER! CANELO IS UNDISPUTED CHAMPION!