Report: Barber out of fight against Blanchfield at UFC 269 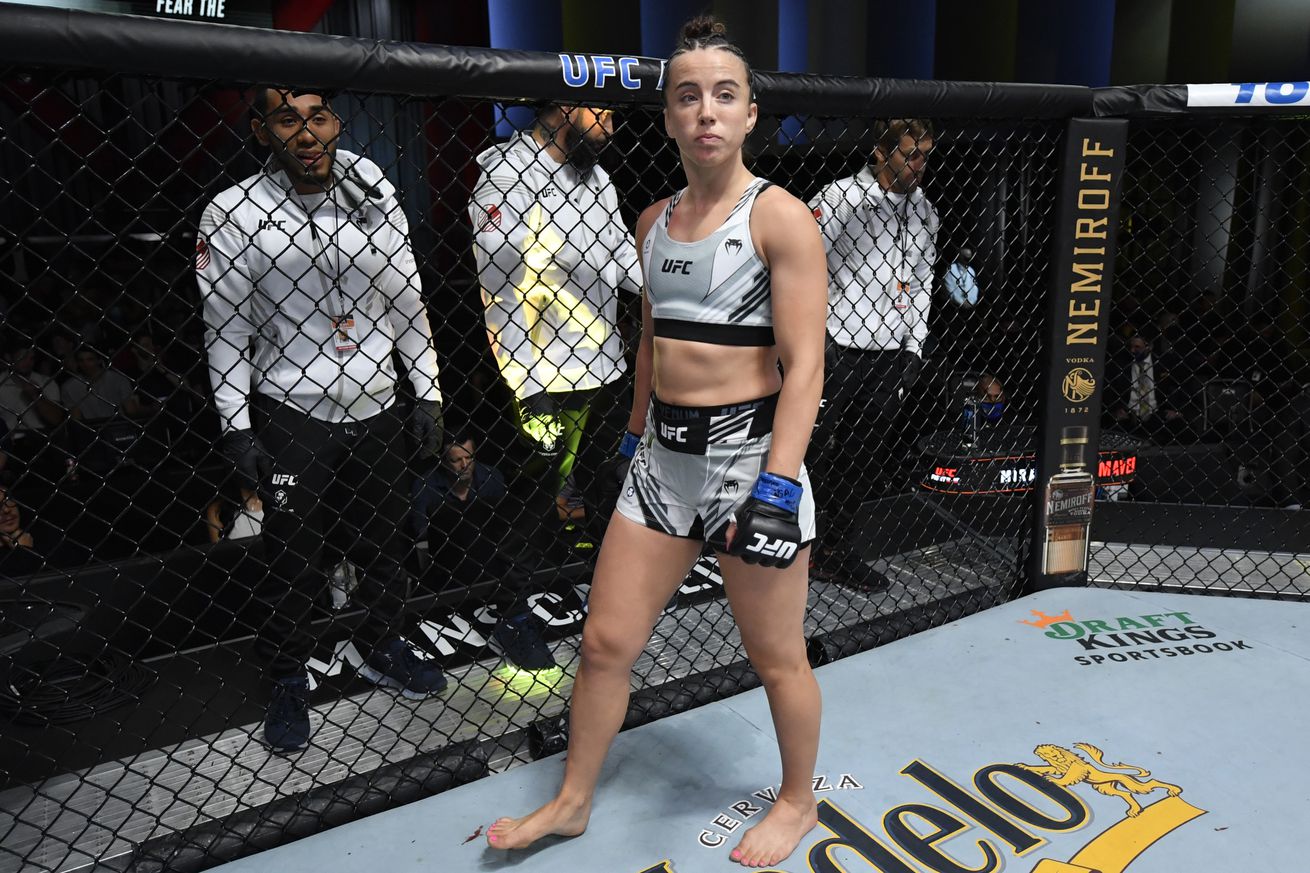 Get the Full StoryMaycee Barber before her fight against Miranda Maverick in July. Photo by Jeff Bottari Zuffa LLC

With Barber out, the UFC is seeking out a replacement for Blanchfield. A fight between two promising prospects in the flyweight division is off.

Maycee Barber has withdrawn from her upcoming fight against Erin Blanchfield at UFC 269, per a report from Nolan King of MMA Junkie. The reason for her withdrawal has not been disclosed yet. Blanchfield will remain on the card and has reportedly received a short-notice replacement that is soon-to-be finalized.

Barber was set to make her third Octagon appearance this year. The No. 13 ranked flyweight took a year off to recover from a knee injury sustained in her fight against Roxanne Modafferi at UFC 246, where she suffered the first loss of her professional career. Barber returned this past February and dropped a unanimous decision to Alexa Grasso at 258. The Future eventually snapped a career-worst two-fight losing streak with a contested split decision over Miranda Maverick at UFC on ESPN: Sandhagen vs. Dillashaw in July.

Blanchfield made her promotional debut at UFC Fight Night: Smith vs. Spann, where she earned a unanimous decision over Sarah Alpar. With the win over Alpar, the former Invicta FC standout extended her win streak to four.

UFC 269 takes place on Saturday, Dec. 11 live from the T-Mobile Arena in Las Vegas. The final pay-per-view of the year features two exciting championship fights. A much anticipated lightweight clash between Charles Oliveira and Dustin Poirier serves as the headliner of the event. The co-headliner sees dual champion Amanda Nunes return to defend her bantamweight title against No. 4 ranked contender Julianna Pe a.