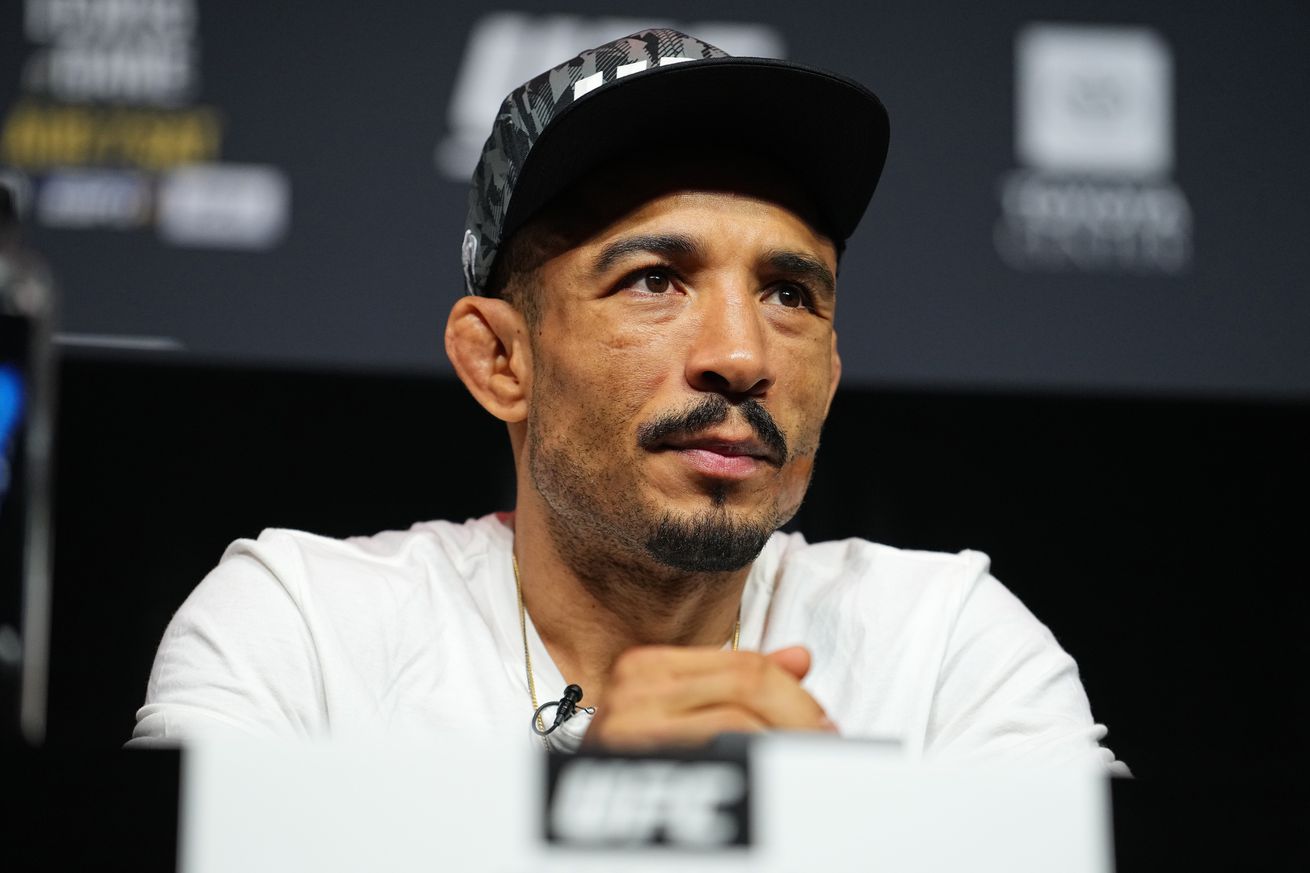 Get the Full StoryJose Aldo speaks to reporters at the UFC 265 pre-fight press conference at Toyota Center in Houston, Texas on Aug. 5, 2021. Photo by Mike Roach Zuffa LLC

Aldo, who now competes at bantamweight, is riding back-to-back wins against Marlon Vera and Pedro Munhoz, but Nurmagomedov thinks Aldo s championship days are over, telling reporters at a press conference in Russia earlier this year that the Brazilian is a businessman first and a fighter second.

He got beat up when he fought Petr Yan , right? Khabib said. A guy wins one fight and everyone starts talking. When Conor McGregor fought Donald Cowboy Cerrone , he looked like a lion. When he fights stronger opponents, he looks like a scared chicken. Fighting top fighters shows your worth.

Let him fight Petr the same way. Then we can say he s peaking again. You saw what he did. He closed up and waited for the ref to stop the fight. That shows that you re not at your peak. If you re getting hit and you re conscious and you re not defending yourself, I call those fighters businessmen. They come out to make money.

Aldo, a former UFC featherweight champion who was once considered the best pound-for-pound fighter in the world, responded to those comments by suggesting that Khabib has too much time on his hands and talks too much since he retired last year.

He s saying you can t peak again, but we just saw an example with Glover Teixeira , who got there, lost, and got there again at age 42 and won the UFC title , completely dominated the champion, took him down and submitted him, Aldo said on MMA Fighting s Portuguese-language podcast Troca o Franca. Israel Adesanya himself fought Jan Blachowicz for five rounds, a pretty boring fight, two high-level athletes, and Glover, who s older than me won . Sometimes Khabib talks too much. He s not doing much these days, he s retired, so he s looking for attention that way.

Aldo also revealed that Khabib turned down a fight with him in 2016 after previously stating that an unnamed fighter we now know to be Nurmagomedov turned it down because his father didn t think it was good.

I was traveling when my coach Dede Pederneiras called me, Aldo said. The UFC had offered me this fight and we took it. I said, What? I want that, I m in. I respect everybody, but that opportunity I was the featherweight champion, and Nurmagomedov didn t think it was a good idea . I don t know if he was expecting to fight somebody else, I don t know what he was thinking at the time. I think it could have been a great fight.

I wanted to test myself. Everybody always asks me. It s funny, everybody thinks I train wrestling a lot. No, man, I usually do the same training with my team, so, to me, it would have been a really tough test. I ve always fought against American wrestling and it was hard to take me down, so it would be a tough test against him, if he would be able to impose his takedown game against me knowing that I have pretty good takedown defense as well.

Aldo will return to the octagon on Dec. 4 to take on No. 4-ranked bantamweight Rob Font in the UFC on ESPN 31 main event at the UFC APEX in Las Vegas, Nevada.